The Holiday Toy Lists Are Here! Do You Care?

There's more to the holiday hype than the Fabulous 15. But do lists like this actually play a roll in your holiday shopping?
BY:
JULIE RAMHOLD
Senior Staff Writer/Spokesperson 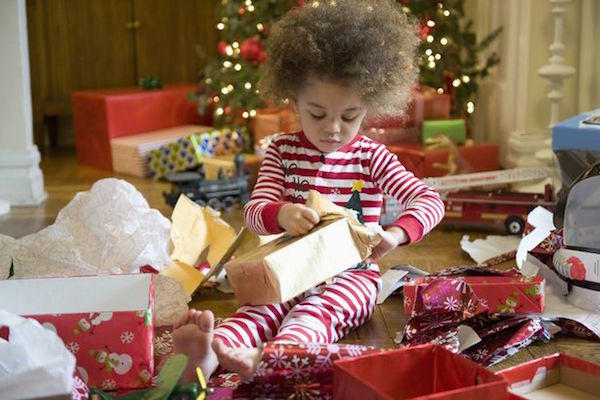 While many parents are still picking up Halloween costumes and candy, a handful of stores have already released their hottest holiday toy lists for the year. But do these lists actually influence your toy shopping during Black Friday and beyond?

Every year Toys "R" Us creates an extensive hot toy list, which includes around 50 items. There's something for every kid's personality on the list. Toys "R" Us then takes things a step further, narrowing that list down to what it says will be the top 15 toys of the season. These are the Fabulous 15, and they're likely to top many kids' letters to Santa. They're also likely to be the hardest toys to find.

The Fabulous 15 are likely to top many kids' letters to Santa. They're also likely to be the hardest toys to find.

This year's picks include the Num Noms Lip Gloss Truck, Hatchimals, and the Sky Viper v2400 HD Streaming Drone, among other neat offerings. Click here to see the whole Fabulous 15 list and start putting together your Black Friday shopping strategies to ensure you don't miss out.

While Toys "R" Us might be an authority on the subject of toys, other retailers offer their own must-have lists for inspiration-seeking parents. Amazon, Target, and Walmart have all released their own lists in the last month. As expected, there's some overlap across all the lists.

SEE ALSO: 14 Ways to Prepare for Black Friday Like a Pro

Readers, do you use store recommendations when creating your holiday toy shopping list? What do you think of this year's selections? Let us know in the comments below!

Ardbeg
Unless your kid is aware of the hot toy and asking for it (and you want to indulge), stay away. You'll pay more, you may have to hunt for it, reviewers may decide after a year of playing with it that it's hot garbage (breaks easily, dangerous, kid gets bored of it quickly, etc.). We tend to look at these lists...from a year or two years ago. Then you can look at reviews and, if it's still well liked, buy it at a bargain price (because the manufacturer probably overproduced to take advantage of the hot market). But the better thing is to go to friends' houses and see what their slightly older kids are playing with. There are 50 new toys every year, and maybe 2-4 will still be in production in 5 years. But there are hundreds of toys that are proven and will stay around for at least the next 20 (I had a popcorn popper push toy that drove my parents crazy, my sons have one and I hate it, etc.). Except for in video games/tablets/etc., the latest thing for kids isn't necessarily better.
October 25, 2016

That's the best price we could find by $22. Buy Now at Woot! An Amazon Company

That's a savings of $6. Buy Now at Amazon

That's the best price we've seen for this robot, and $180 less than you'd pay for a new one at Walmart. Buy Now at Woot! An Amazon Company

It's $9 less than what Target charges. Buy Now at Amazon