This isn't the first such lawsuit we've seen against a store.
BY:
LOUIS RAMIREZ
DealNews Contributing Writer 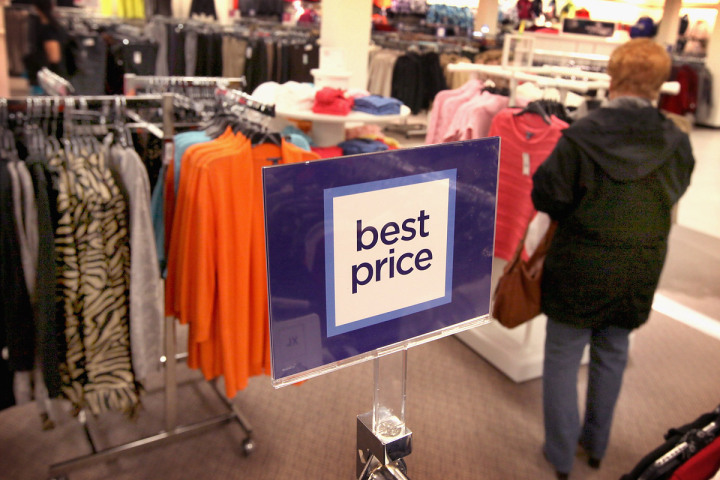 Ever wonder how much money you saved on your last purchase? After buying three blouses at JCPenney for $17.99, Cynthia Spann asked herself that same question.

Unfortunately, upon conducting a little research, she claims she found out that the blouses she had just purchased at 40% off were actually never priced above $17.99. Thus, Spann believes that JCPenney's "40% off" promo was nothing more than a phantom discount.

Now Spann has filed a class-action suit against JCPenney for allegedly running a "massive, years-long, pervasive campaign" designed to deceive shoppers. But if past such lawsuits are any indication, she might have a difficult time proving it.

A History of Experimenting with Prices

JCPenney has had a public history of changing its pricing strategies, some of which have failed while others have worked, according to the company. During ex-CEO Ron Johnson's tenure, the retailer eliminated all sales for what it called everyday low prices. However, the tactic failed miserably and JCPenney began to lose money.

So after Johnson's departure, JCPenney reinstated its "high-low" pricing strategy, wherein they give products higher retail prices, so that they can later discount said items more aggressively. That commonly-used practice is also known as "price anchoring."

According to Reuters, the Federal Trade Commission allows this practice so long as retailers sell items at those original prices for a "reasonable length of time" before marking them down. Basically, if there's evidence that the item was actually that retail price at one point, then the store can advertise as such. However, Spann claims that JCPenney never sold the blouses in question for more than $17.99.

As a result, U.S. District Judge Fernando Olguin has allowed Spann to file a lawsuit claiming that JCPenney made up retail prices in order to trick shoppers into believing they were getting big discounts when said items were on sale. The plaintiffs include consumers who bought private-label or exclusive items from JCPenney in California from November 5, 2010 to January 31, 2012 at discounts of 30% or more.

This Isn't the First Lawsuit of its Kind

JCPenney isn't the only retailer accused of such sales tactics. Kohl's and Jos. A. Bank have been hit with similar lawsuits in the past. In the case of Jos. A. Bank, it was the retailer's exaggerated BOGO sales that got the company in hot water.

However, a judge ultimately dismissed the class action suit on the basis that the plantiffs failed to provide any facts which "demonstrate that the 'sale' price offered is identical to the true regular price of the merchandise and thus a misrepresentation."

Readers, what do you think of this lawsuit against JCPenney? Let us know in the comments below!

Kyser_Soze
JCPenney found out that people don't want an every day low price, they want to think they got a bargain...even if it's a lie.
June 5, 2015

Squid
I went to Kohl's to buy a necklace for my wife. When I got to the register the cashier asked where my coupon was. When I told her I didn't have one she said, "honey, don't ever buy anything here without a coupon," she then gave me 30% off.

B from C
..and don't forget the s&h charges! Online stores are notorious about hiding some of their base cost as inflated "handling" charges.
June 2, 2015

B from C
The first thing I ask myself whenever I see a "x% off" sign, is "x% off of what?". Advertising is like politics, the art of lying.

There are many pieces to the price puzzle: base price, discounts, rebates, taxes. One has to put the entire picture together in order to make a responsible purchase and sites like DealNews is usually very helpful in this regard.

In the end, you have to ask yourself if the end price is what you are willing to pay for a product. Supply and demand, economics 101.

Are the stores lying to you about their prices? Of course they are! If you think the government is going to protect you against vampire capitalism you will live a miserable life.

Jonathan Yarbrough (DealNews)
If you don't like the price, don't buy it. If you think you were charged too much, go back to the store and argue your case. If they don't do anything for you, return the item or items for a refund. It's just a frivolous lawsuit that keeps the courts busy.
June 2, 2015

schulzey
Value for you is set by what you're willing to pay. There are deceptive practices that should be stopped, but making my wife happy with her trip to Penney's because she "saved" 75% off everything doesn't seem like a big deal. In the end, were the clothes and sheets she bought worth what she paid? Yes, for us they were.
June 2, 2015

QuadConPana
Many stores use the phrase, "compare at" which, for me, alerts me to the fact that they have never sold the merchandise at that price. In cases like that, if I think I am really saving that much money, I have my own idiocy to blame.

If a store says something is off the "regular price", and they don't have actual sales to justify that price, it's a lie. While I am generally not a big fan of the government getting involved in commerce, I don't have a problem with punishing this behavior.

This type of practice cultivates skeptical consumers, and makes it more difficult for honest retailers to convince us that legitimate savings are real.
June 2, 2015

Wolfman
Over the years I've noticed that Bealls department store's clearance discounts always seem to result in the same price point. For example, if there's a polo shirt on the 40% off rack, the final price ends up being, say, $12. But a polo on the 70% off rack also happens to end up being -wait for it - $12. Try it sometime.
June 2, 2015

johnnylately
I am still surprised when I read of someone who just figures out that products are priced so that it causes the least pain to the consumer and the most profit for the seller (in other words, we have a free market). I am still a bit mystified in these times of readily available technology when someone uses a MSRP or Suggested Retail price to determine whether the posted sale price is good or bad. Please stop suing companies because you paid a price that you agreed to pay just to find out later that you lost street cred with your friends because you didn't research your purchase and you believe whatever a seller tells you. Just stop.
June 2, 2015