Smartphones see many deals upon launch, but the Galaxy S5 hit $80 weeks after its debut. We predict that this flagship phone will hit $0 much earlier than the previous model did.
BY:
LOUIS RAMIREZ
DealNews Contributing Writer 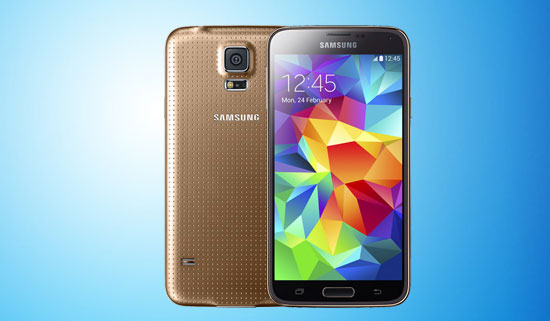 Since its launch, the Samsung Galaxy S5 has broken all types of records winning the praise of media outlets like CNET, Engadget, and PC Mag. But this do-it-all smartphone will soon enter the DealNews hall of fame, because the subsidized Galaxy S5 is on track to hit $0 before Black Friday; it took its two predecessors much longer to accomplish that feat. And while it is common to see subsidized Android phones hit this price point, it's rare to see flagship phones achieve this milestone in such a short period of time.

Since the release of the Galaxy S III in May of 2012, the Galaxy line of smartphones have followed a fairly straightforward deal pattern. Pre-order deals of the phone were always discounted by 25% (for a final price of $150). Two months after the phone's release, retailers would discount it by 50% (for a final price of $100). The Galaxy S III and its successor, the S4, followed this exact deal pattern. By the time Black Friday arrived, each phone was discounted further, hitting as low as $0 on contract.

The S5, however, has blazed its own trail. For instance, we didn't see any dollar-off pre-order deals for the S5. Instead, retailers got a little more creative with their offerings. AT&T, for example, sold the S5 at its list price of $200, but bundled a $100 bill credit with each purchase. Not to be outdone by its biggest competitor, Verizon offered a BOGO sale on the S5, bundling a free S5 with the purchase of a new S5 at list price. While these weren't your traditional dollar-off deals, they were still very aggressive sales for a phone that wasn't even shipping yet.

On the day of its release, big-box retailers entered the deal-scape with even more aggressive offerings. Costco slashed 50% off the S5's list price, offering it for a mere $100. Moreover, it bundled a $100 bill credit with each purchase. Just weeks after Costco's deal, Fry's Electronics took 55% off the S5's list price, offering it for just $80. As we previously noted, the Galaxy S III and the S4 saw 50% off discounts two months into their life cycle. In the case of the S5, it had barely been a month since the S5's release when it was already selling for $80.

As a result of these better-than-average deals, we believe the subsidized S5 will hit $0 before the Black Friday holidays, which in previous years was typically the first time the current-generation Galaxy smartphone would hit that price point.

Freebie Deals Could Start This Summer

So how early do we expect to see this price point? Last year, Amazon, Dell, and Costco led the charge on S4 deals, slashing away at the S4's price as early as June. September was also a prime month because that's when Walmart held its special sale on Samsung Galaxy smartphones, slashing prices on all models and bundling each with a $40 Walmart gift card. While it's not guaranteed every one of these retailers will offer the S5 at $0, one of them is bound to, which will trigger copycat deals from competitors.

In the meantime, Verizon Wireless is currently offering the Samsung Galaxy S5 16GB 4G LTE Android Smartphone for $100 with free shipping. That's the second-best deal we've seen for this smartphone and a current low by $50. (Offer expires May 12.) By comparison, this price is months ahead of last year's S4 deals, which at this time last year were still in the $160 range.

So now is certainly a good time to buy a Galaxy S5, but we think the deals are going to get even better.

cy8675309
This article assumes that the phone environment is exactly the same as it was when the S3 or S4 came out. With very solid low-end choices like the Moto-G and Moto-E, there is continued downward pressure on pricing for Android devices, even at the high end.
May 18, 2014

Louis Ramirez (DealNews)
@Kyle55 Actually, S5 reviews have been pretty positive. Check out the ones we reference from Cnet, Engadget, and PC Mag. Also Anandtech and the NYT favored the S5 over its competitors. Don't get me wrong, there's nothing wrong w/ Xperia (the Z2 has been getting rave reviews), but the S5 is no chump.

These days there are so many Android phones available that you can have a phone for your every need. For instance, if you want a small phone, the S5 would be a horrible pick. That doesn't make it a horrible phone, however. All depends on what you need/want from your phone.

Kyle55
Samsung dropped the ball on the S5 bad reviews on it everywhere I look. I'll go with a Sony Xperia next contract.
May 14, 2014

cko916
good for consumers, but not something to be proud of from Samsung's point of view. it means their new flagship has nothing to differentiate itself so they have to give them away.
May 14, 2014

VIEW ALL
Blog · Buying Guides · 57 mins ago
6 Simple Ways to Renovate Your Kitchen Through Home Depot
If you're feeling like your house needs a refresh, consider these simple ways to do a Home Depot kitchen renovation. You can update your look and potentially increase your home's value!
Blog · Morning Jolt · 14 hrs ago
5 Deals You Need to Know Today: Discounted Outdoor Power & Lawn Equipment at Amazon
Amazon has five lawn and outdoor power tools discounted for your purchasing convenience. Check out this offer and more in our roundup of the five best deals we found over the last 24 hours.
Blog · Buying Guides · 3 days ago
What's the Best Time to Buy Big-Ticket Items?
Savvy shoppers are always on the lookout for a great deal, and to help you out, we've put together guides on the best times to buy big-ticket items.
Blog · Buying Guides · 5 days ago
Ask an Expert: When Can I Expect a Price Drop on the TV I Want?
Do you have a question for us experts here at DealNews? If so, submit it and we might just answer it in a future column! Until then, check out our first column, which offers advice to a cost-conscious TV shopper.
Blog · Buying Guides · 5 days ago
59 LGBTQ-Owned Businesses You Can Support This Year
June is Pride Month, so if you're looking for a spate of LGBTQ-owned businesses to support with your wallet, we've got you covered! Check out our guide for 59 shops to check out now, as well as tips on how to find more.