Upgrade your TV to a massive 70" set for only $550 at Best Buy.
BY:
JULIE RAMHOLD
Senior Staff Writer

Black Friday is one of the best times of the year — if not the best time — to buy a new TV. Whether you're on the hunt for a small set for your bedroom or a big screen for your living room, there's bound to be TV deals that fit your budget.

We've put together a complete guide to Black Friday TVs, so you'll know the best stores to shop, as well as the kinds of deals you can expect.

What to Expect From Black Friday TVs 2019

We compiled all the best offers we saw during Black Friday season 2018 to see which brands have the most TV deals. From the week before Black Friday through the end of Cyber Week, we saw more LG TV deals, hands down, than any other brand. As shown in the table below, though, Samsung dominated the 50" to 59" size class, and RCA had better 32" TV deals.

Here are the best TV deals we've seen in the Black Friday ads.

NOTE: The information below was assembled before the Black Friday ads came out. Please refer to the ads above before making any shopping plans.

Click any of the links below to jump ahead on this page and learn more about a topic. 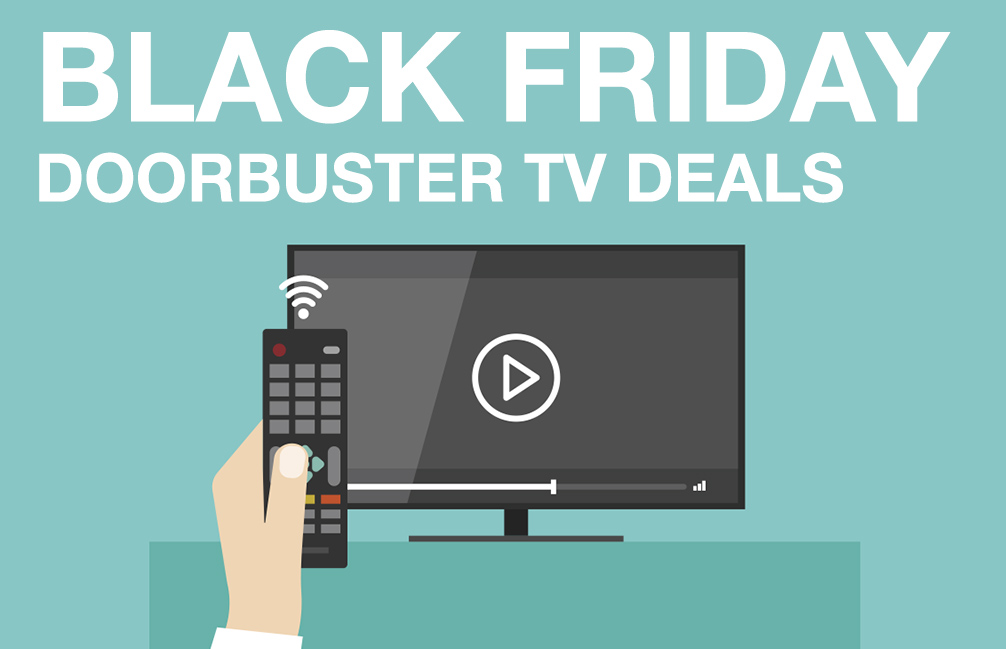 In the past few years, 32" TV sets have become a staple among Black Friday doorbusters. While these tiny TVs might be more basic than your favorite 4K living room monster, they represent some of the best TV deals you can find.

Since we've already seen 32" TVs drop to $80 this year, we fully expect these bargains to fall that low — or lower — for Black Friday.

Expect Walmart to have plenty of deals on 32" TVs, but not the lowest prices available. Also watch for retailers like Target and Amazon to showcase these smaller sets for Black Friday.

Last year, Target offered up a basic Panasonic Polaroid 32" TV for $80, while Amazon had a Toshiba 32" smart set for $130. At those prices, you should be ready to jump on these deals as soon as they go live — history has shown that these offers will disappear in the blink of an eye.

Big brand names like LG will be popular within the 40" to 49" size class. Some 40" TV deals will even come bundled with modest gift cards. Look to Dell Home for those offers.

Many shoppers will be on the lookout for these midsize TVs come Black Friday, and you'll have a decent chance of getting one at a great price. If the trends of 2018 repeat, we expect Samsung to have the most deals across brands in the 50" to 59" category. Last year, we saw 50" Samsung TVs go for as little as $328, while 55" Samsung sets went for $350.

If you're searching for a smart TV and price is more important to you than brand name, know that 55" smart TVs should be available for $250 or less. These days, it's becoming harder to find "dumb" TVs. The good news is that, if you're against a smart set, you can definitely still snag non-connected TVs in the 50" range. The bad news is they're likely to be from lesser-known brands, like Komodo.

Those looking for a big TV should be prepared to opt for in-store pickup when they can. Last year, Target had a couple deals that DealNews staff identified as being among the best of the best for Black Friday 2018. We saw a 60" LG TV for $467, and a 65" LG set for $637, but both offers required a trip to the store.

Watch for stores like Best Buy to offer 65" smart sets for as little as $400.

What if you didn't want to deal with Black Friday crowds? We did see Google Shopping offer a 65" LG TV for $749 with free shipping — that was the lowest outright price we'd seen.

If you aren't hung up on name brands like LG and Samsung, then you can get a big-screen TV deal for even less. Watch for stores like Best Buy to offer 65" TCL Roku smart sets for as little as $400, but you'll have to get in-store pickup. However, last year the electronics retailer boasted 60" Sharp Roku TVs for around the same price, and those deals even had free shipping.

LG will also offer the most deals in the 70" size class, assuming last year's trends hold. Notably, we expect to see stores like Best Buy offering 70" TV deals for as little as $700. Even bigger TVs will also be available, but the deals won't be as strong.

Blog · Roundups · 1 day ago
Top 4th of July Sales: Get an E-bike at less than half-price in The House's sale
You can save on big-brand appliances at Best Buy (or Sam's Club, or even Lowe's), or score yourself a bike at The House, or take your pick from B&H Photo Video's electronics offers – they're all here in our roundup of the best 4th of July sales.

Blog · Morning Jolt · 1 day ago
5 Deals You Need to Know Today: Shop Newegg's 4th of July Sale!
Happy Colonialism is Bad Weekend, readers: please enjoy Newegg's celebratory sale. Check out this offer and more in our roundup of the five best deals we found over the last 24 hours.

Blog · Buying Guides · 1 day ago
When Is the Next Tennessee Tax Free Weekend in 2020?
The Volunteer State is having two sales tax holidays in 2020, and its Back to School event will be more generous than usual. Check out our guide on what to expect from the next Tennessee tax free weekend.

Blog · Roundups · 2 days ago
Top 5 DeWalt Deals: Save $20 on a 14" Chop Saw
As far as we're concerned, if you're going to talk the talk, you must DeWalt DeWalt. Or something. We've got five of the week's best DeWalt deals rounded up here, including a 14" chop saw, some saw blade sets, and a stackable tool organizer.

Blog · Marketplace · 2 days ago
6 Things NOT to Do When You Launch a New Product on Amazon
If you're craving a sizable piece of the Amazon pie, you'll want to know how to launch a product on Amazon. Read on to learn what you should avoid when you prepare for an Amazon new-product launch — and what to do instead.

Add any three to your cart and apply coupon code "PZYB1G2" for just $5 per shirt and the best shipped price we could find by $12 for this quantity elsewhere. Buy Now at Proozy

That's a savings of $430 off list and the best price we've seen for these specs. Buy Now at HP