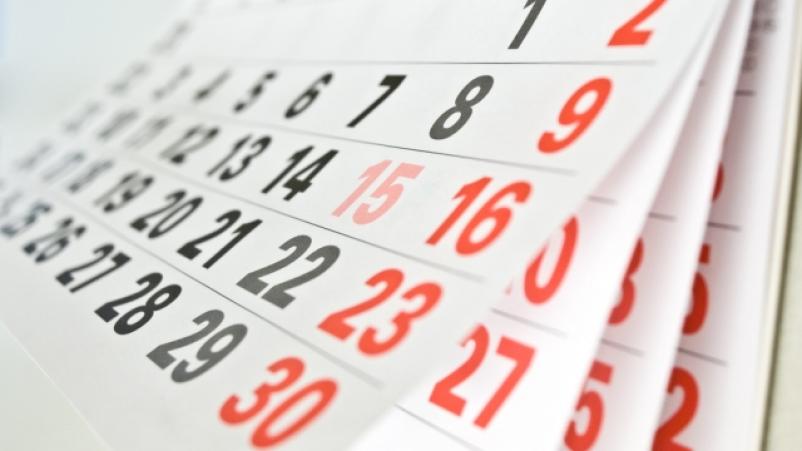 Black Friday will always be a frenzy of bargains, but with each passing year there are some elements that change. We at DealNews feel that the best way to make the most of this epic shopping event is to be prepared, so we've compiled a list of ways in which Black Friday 2013 will be different than previous years. Here's what you can expect.

3D TVs Will Finally Be Affordable

HDTVs are the poster children of Black Friday. But while sets with this technology have typically been priced astronomically high, this year 3D TVs will be cheaper than their non-3D counterparts, particularly in the 55" category, which is the sweet spot for these TVs. Price-wise, we expect 55" 3D TVs to hit $425, which would not only blow away last year's November low of $799, but also undercut non-3D sets of the same size by $4.

There Are New Gaming Consoles (That We Actually Want)

Sorry, Nintendo, but last year's Wii U launch was just a warm up for this year's Black Friday, which will see a new PlayStation 4 and Xbox One. Unfortunately, actually scoring a console this month will be next to impossible; so, if you find either console at list price, that's about as close to a "deal" as you'll get. Alternatively, you can opt for console bundles, which will pair the Xbox One or PlayStation 4 with extra controllers, accessories, or games at a cheaper cost than purchasing each item individually. Or double down on a PS3 or Xbox 360, which will hit new lows now that their successors have debuted.

Doorbuster Deals Will Trick You into Remaining In-Store All Day

Although most doorbusters can be found online — sometimes at cheaper prices — they're still one of the most effective ways to get shoppers to purchase items in-store. Retailers have caught onto this and will now scatter their deals throughout the day in an attempt to keep shoppers in-store longer, preferably spending more money. So whereas before you might have seen multiple doorbusters commence at 7 am, this year you'll see them debut at all hours of the day.

Even with its pricier shipping policy, brick-and-mortar stores still fear Amazon. As a result, more brick-and-mortar retailers will join the Amazon price matching camp. Best Buy and Target have typically price matched with Amazon, and so far this year Staples is one of the new vendors to join the party.

Don't get us wrong. We're big fans of the Roku box, but year after year we've been disappointed with the company's modest Black Friday discount, which traditionally hasn't been the lowest price of the year. However, this year Roku is faced with an uphill battle as there are some major new players in the media-streaming industry, one of which is Google's $35 Chromecast. As a result, we expect Roku to offer better deals than its usual Black Friday discount. Roku also now has an extensive line of products ranging from the original Roku to the current Roku 3, which means retailers have stock of previous-gen models ready for discounts, likely making this year the first stellar year for Roku deals.

Tablets Will See Major Discounts — Surface Tablets, That Is

Tablets deals are prevalent most of the year, so it comes as no surprise that these highly-sought after devices rarely see any significant discounts come the holidays. But this year things are different, particularly in the Microsoft camp. Weak sales and a new crop of Surface 2 tablets mean the boys in Redmond need to rid themselves of the first generation of Surface tablets. So in addition to tablet discounts from Microsoft, you can expect to see various retailers slicing prices on their stock of first-generation Surface tablets.

There Will Be More Credit Options for Small Businesses

While most consumers will turn to large retailers for their holiday shopping, there's good news for those who prefer patronizing their local small businesses. Thanks to a swarm of credit card processing apps like Square and PayAnywhere, more small businesses will be able to accept credit card payments at their stores. These apps have made it easier for small businesses to accept credit cards without the need to set up a merchant account with a bank, lease a card reader, or pay a setup fee. That all translates into more and easier payment options for the consumer.

Your Commercial Emails May Get Swallowed by Gmail

If you thought nabbing one of Amazon's lightning deals was difficult before, wait till you try buying one this holiday season. Thanks to Google's new Gmail layout, email sent by marketers can automatically get dumped into your "promotions" box. That means any time-sensitive sales you're tipped off to via email will sit in inbox purgatory until you look for them. Unless of course you disable this feature.

Just "Liking" a Facebook Page Won't Score You That Discount

Today's retailers are social media savvy, or at least they like to think they are. So whether you're getting first dibs on a sale or taking a sneak peak at an early Black Friday ad, chances are liking a Facebook page won't suffice anymore. This year retailers will make customers jump through a hoop or two before offering up any discounts on goods. These hoops may entail subscribing to mailing lists, signing up for membership rewards, or even following them on Pinterest.

You'll Be Shopping Before the Turkey Is in the Oven

Love it or hate it, the holiday creep is here to stay and this year you can expect an even larger number of stores to open on Thanksgiving Day. Sure, there will be people who shake their heads in dismay as Thanksgiving gets swallowed by corporate America, but shoppers have spoken and they want stores to open earlier. Black November, anyone?

Doorbusters are ultra-cheap items designed to lure shoppers into stores. But because of their limited quantities, only a handful of customers manage to get them — and people are wising up to that fact. So last year, Walmart offered its customers guaranteed doorbusters: if an item sold out, shoppers received Walmart vouchers that allowed them to buy the item at Black Friday prices, and pick it up when the item was back in stock and ready. It may take awhile before this becomes the norm for Black Friday, but we expect more retailers to offer similar vouchers this year.

There's One Less Week Between Thanksgiving and Christmas

With one less weekend to shop this year, consumers can expect to be bombarded with sales and promotions as early as the day before Thanksgiving. In addition, the National Retail Federation found that consumers will be a little more cautious with their spending budget this year. All this means that retailers will have to work twice as hard to get people to spend, and that means bigger-than-life advertising.

Despite these changes in the seasonal landscape, this Black Friday is expected to be bigger and better than years before. 3D TVs will hit new lows, select tablets will hit the bargain bin, and more brick-and-mortar stores will compete with Amazon. Likewise, you can trust the staff at DealNews to bring you the best deals throughout the holiday season 24/7. So sit back and enjoy that turkey drumstick knowing that you're getting the best of Black Friday and Cyber Monday delivered straight to your screen, without even having to set foot inside a store.

VIEW ALL
Blog · Buying Guides · 12 hrs ago
The 7 Best Things to Buy in Early November (Plus 3 Things to Wait On)
Many consumers likely think of Thanksgiving, Black Friday, and Cyber Monday as the only worthy shopping days in November. But you can score November deals early in the month, as well! We go over the best things to buy during that time.
Blog · Roundups · 18 hrs ago
The Best Electronics Deals
From TVs to turntables and smartphones to Switches, there's a grand plethora of electronics deals to pick from, so we've narrowed it down to five of the best to help you choose. The results will shock you! (Hopefully not from faulty wiring.)
Blog · Buying Guides · 23 hrs ago
What to Expect From Best Buy Black Friday Deals in 2021
If you're hoping to score some great deals on home electronics this November, you'll want to check out the Best Buy Black Friday sale. Check out our guide for information on when it starts and what all you can expect.
Blog · Roundups · 2 days ago
Here's Everything We Know About 2020 Black Friday Laptop Deals so Far
Whatever type of laptop you're looking for this year, you can expect to find a deal for it on Black Friday. To learn more, check out our preview of Black Friday laptop deals, including MacBooks, Chromebooks, and Windows machines.
Blog · Roundups · 2 days ago
The Best Video Game Deals
The best of the best when it comes to video game deals, cheap consoles, and discounted accessories are gathered here, in one convenient roundup.

Amazon is charging $115 for a refurb model, making this an exceptional deal which yields savings of $46. Buy Now at Meh