Save $100 on the Xbox One X console, and pick up games from just $15.
BY:
JULIE RAMHOLD
Senior Staff Writer

Shopping for Xbox fans this Black Friday? We've rounded up the best Black Friday Xbox ads to help you find the most savings on these items.

Click here to see all the best Black Friday ads

NOTE: The information below was assembled before the Black Friday ads came out. Please refer to the ads above before making any shopping plans.

The Xbox One X has been on shelves for less than a year, but this year, it's been common to see the device at or below $400 (it retails for $500). For Black Friday 2018, we're expecting this current-generation console to fall to $375 after coupons.

What's more, GameStop has already offered trade-in deals this year that took up to $300 off an Xbox One X, depending on the value of the trade-in. There's a chance that offer could come back for the holiday season.

We expect older Xbox One S bundles with one game (or more) to hit at least $180. This should apply to both the 500GB and 1TB models. We saw select bundles fall to $190 last Black Friday, and standalone consoles hit $161.

We consistently see AAA titles fall to $25 or less around the holidays, but the discount often depends on a game's release date.

The cheaper bundles will likely include older games, but packages over $200 could easily include recently released titles. Last year, we saw a 500GB Xbox One S bundled with a copy of Call of Duty: WWII and a limited edition of FIFA 18 for $249 — both games were released within a couple months of Black Friday 2017.

We consistently see AAA titles fall to $25 or less around the holidays, but the discount often depends on a game's release date. Games like Mafia III (around a year old in November 2017) dropped to $15. But even games released earlier in 2017 hit $20.

If you don't mind used titles, there's a chance we'll see GameStop bring back its four-for-$10 sale, which included Xbox One and PS4, as well as older consoles like Xbox 360, Nintendo Wii, and PlayStation 3.

Xbox has a glut of holiday bundles planned for this year. If you've been eyeing the Xbox One X, you can choose from packages that include Battlefield V, NBA 2K19, Forza Horizon 4, Fallout 76, Shadow of the Tomb Raider, or PlayerUnknown's Battlegrounds (PUBG). All of these Xbox One holiday bundles will set you back $499 at list price.

If you're looking to spend less and don't mind a step down in performance, the Xbox One S might be perfect for your needs. You can still plan to score 1TB Xbox One S models with many of the same games — the only exceptions are Fallout 76 and Shadow of the Tomb Raider. Other Xbox One S bundles include Minecraft, Sea of Thieves, or Rocket League.

The recently announced Xbox All Access program offers another approach to snagging an Xbox One X. The subscription enables gamers to get an Xbox One X — bundled with 24 months of Xbox Live Gold and Xbox Game Pass — for $34.99 per month. The Xbox One S is also available as a subscription option for $21.99 per month for 24 months.

Click here to see all the best Black Friday ads

Get Black Friday Deals in Your Inbox!

Sign up for the DealNews Select Newsletter now to get the best deals every day. When Black Friday deals go live, the best offers will come to you.

VIEW ALL
Blog · Morning Jolt · 3 hrs ago
5 Deals You Need to Know Today: Huge Savings on Samsonite Luggage
Whether you're planning a vacation, or just enjoy hard shells, Samsonite has something for everyone in this sale. Check out this offer and more in our roundup of the five best deals we found over the last 24 hours.
Blog · Buying Guides · 16 hrs ago
When Do Black Friday Ads Come Out?
Black Friday 2022 falls on November 25, but most ads for the holiday will drop much sooner. Check out our guide on when to expect the most popular Black Friday ads to come out.
Blog · Marketplace · 20 hrs ago
The 9 Best Products to Sell Online in November 2022
Black Friday and Cyber Monday may be the year's top sales opportunities for Marketplace sellers, but what products are worth listing during this time of year? Our guide to the best things to sell in November has the answer.
Blog · Consumer News · 21 hrs ago
How Will Inflation Affect Black Friday Shopping in 2022?
Most consumers have probably felt the pinch of inflation this year in one way or another, but how will inflation affect Black Friday? Check out our guide to find out everything you need to know and ways you can still save.
Blog · Buying Guides · 1 day ago
Black Friday Guide: How To Save on Your Portable Power Station
Black Friday is full of great deals. Don't miss out this year on savings for an incredible quality portable power station.

You'll pay $100 at other stores. Buy Now at Walmart

Shop the discounts on 22 models. Shop Now at Target

That is to say "at least" 25% off. You'll find greater savings within this sale. Shop Now at Kohl's

Clip the on-page coupon and apply code "40WO3K7C" to save a total of $6. Buy Now at Amazon 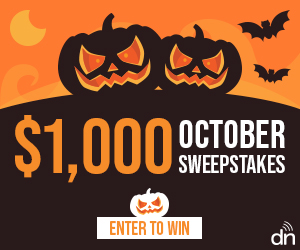