2013 Thanksgiving & Black Friday by the Numbers 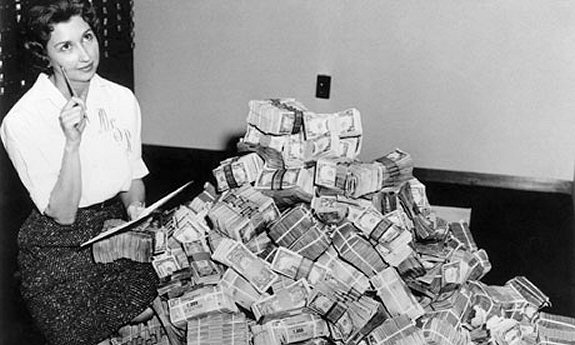 Black Friday is so close we can practically taste it! And there's nothing more exciting than having done our Black Friday research in advance: knowing which doorbuster deals to nab, which filler deals to avoid, and actually get to spend some time gearing up to go shopping during Black Friday store hours. But before we charge out the door on Thanksgiving, we want to pause for a minute and think about what this all adds up to. We've crunched some big numbers in the lead up to this major shopping event, and think this is a great space to talk about Black Friday by the numbers.

To put this figure in perspective: $602 billion is more than $10 billion spent per day for the entirety of the shopping season throughout November and December, and it exceeds the gross domestic product of Poland for one year. It also tops the GDP of the Czech Republic, Ukraine, and Slovenia combined. The NRF, also estimates this total to be 3.9% more than consumers' total holiday spending in 2012. Looks like Santa will need a much bigger sleigh this year!

Accenture estimates that this holiday season, people will spend 11% more on gifts than they did last year. This may be due in part to folk's heightened interest in Black Friday itself — it's reaching its highest level in five years.

Shoppers Who Won't Wait Until Black Friday to Shop: 38%

As online retailers continue to grow their market share the rest of the year, they'll also have a banner season in the weeks ahead. Shop.org projects that online holiday sales will rise 13% to 15% over 2012, to as much as $82 billion. Part of the jump can be attributed to mobile devices, as more consumers turn to smartphones and tablets to land a bargain, and more retailers are prepared to meet them there. You do have your DealNews Black Friday app downloaded and ready to go, right?

You've no doubt heard of Black Friday, Cyber Monday, and Return Stuff Wednesday ... but Green Monday? eBay coined the term back in 2007 or so to refer to the second Monday in December, which tends to be a very busy day for online retailers. In 2012, shoppers spent $1.275 billion on Green Monday, up 13% over 2011 and ranking as the third heaviest online spending day of the year, according to comScore. And like our other projections, these numbers are expected to climb even higher this year.

You may be asking what turkey consumption has to do with Black Friday. But have you ever tried going shopping on a regular day on an empty stomach? Fortunately, shoppers are mostly well fed pre-Black Friday: turkey consumption continues to rise with more than 48 million turkeys eaten on Thanksgiving.

In one of the most bizarre Black Friday numbers ever generated, out of 460 consumers with an average age of 33, more than half found Black Friday crowds more energizing than aggravating. For the remaining 43% who thought the in-store experience was annoying, we hear you. Indeed, that's what online shopping's for.

And whether you're braving the midnight sales, or shopping from the comfort of your laptop or smartphone, remember to pace yourself. There will be a few online doorbusters, and you've got a whole four weeks to shop before Christmas. And since we here at DealNews still believe every day is like, you can will find some great deals throughout the season.

Apply coupon code "XUNCGO7E" for a savings of $158. Buy Now at Amazon

That is a $215 price drop. Buy Now at Michael Kors