Although we often gush about how wonderful some of the upcoming Black Friday deals will be, it's important to note that some offers you see in the Black Friday circulars will be decidedly "meh." And beyond just "meh," there are also some items that are actually no good at all when compared to prices we've seen throughout the rest of the year. We refer to these promotions as "filler deals" because they're nothing more than fluff adjacent to the real meat of Black Friday sales.

We try to filter out these deals through our regular Black Friday ad analyses, and we certainly won't list any such items on the site this week. But sometimes, you have to brave the sales without dealnews by your side, so make sure you keep these filler deal tips in mind.

The Relationship Between Doorbusters and Filler Deals 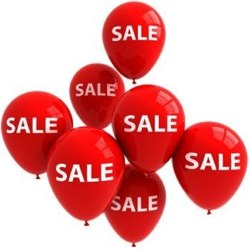 The star of Black Friday is of course the doorbuster deal, which is usually available at a phenomenally low price. In many cases, doorbusters will break all previous price-lows that we had seen before. If you're lucky and you time it just right, you might be able to score one of these deals.

"[Doorbusters] have traditionally been items in product categories such as electronics that have high recognition by the consumer and really are being sold for below cost," explains James Dion president DionCo Inc., a Chicago-based retail consulting firm. "The real philosophy behind these great deals is to get the consumer excited about coming to their store and to sell many other much higher-profit products along with, or even instead of, the [doorbuster]."

These "other" products are the filler deals, and although they're advertised along with the doorbusters, they're generally not discounted greatly, if at all, says Dion. Instead these items are strategically included in the sale on account of their high revenue margins, and customers who impulse buy such items means spending more money in the weeks leading up to, as well as after, the Black Friday sales event.

What Are the Most Common Filler Deals? 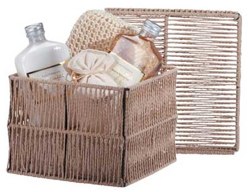 While even well-known products can qualify as filler deals, there are a few very common items that seem to prey upon impulse purchases. These deals are frequently hard to resist while waiting in lines or walking through the store, and often include gift sets, holiday products, private label merchandise, and specially-created bundles. While we have preached the value of bundle deals in the past, it's important to keep in mind that not all bundle deals provide the best value, and frequently stores hope that you won't be able to effectively price-check the individual components.

The same goes for gift sets, which Dion explains can be tricky to price out since they often include items that can't even be bought separately. Additionally, larger, and bountiful gift-sets may be tempting, but remember that they can be filled with low-quality products. Meanwhile, private label merchandise include products that are specific to one retailer, and can run the gamut from designer capsule collections to a retailer-specific label. These items are not sold anywhere else, so assessing the value of a discount is difficult because there's no one-for-one equivalent to compare to.

The margins on these specific filler deals are so substantial that even when a retailer takes 50% off, it might still make as much as a 50% profit, says Dion — and that's why stores are willing to let a few of those doorbusters go at below cost. 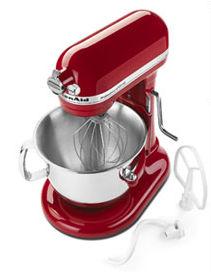 Just because a store is advertising price cuts on items from a notable and highly-desirable brand, doesn't mean that its prices are any good. Across the board, luxury department stores are unlikely to participate in Black Friday sales, despite dipping their toe in the water last year. Unless you're shopping at an outlet store for inventory from seasons past, you're unlikely to find worthwhile designer goods this Black Friday.

This often holds true for big brands outside of the luxury realm, too. For example, we price-checked numerous KitchenAid and Keurig items while assessing the home goods Black Friday ads, and almost none of the offers were worth listing, regardless of which store was advertising them. Several were even beaten by current prices, while others were available at better discounts in recent months. So before you spring for, say, a North Face fleece, make sure to do your homework first and ensure that it's not a filler deal.

In fact, Dion would probably second the idea of careful research, since he believes that getting the most for your money on Black Friday requires logical thinking. "Most shopping is emotional, especially when there is frenzy behind it like on Black Friday," he explains. "That's when logic goes out the door." All the more reason to pay close attention to our Black Friday ad analyses and the dealnews-vetted Black Friday deals we'll post throughout the shopping weekend.

Photo credits top to bottom: The Summa and Simon.com