We pulled our favorite anti-Black Friday quotes from around the web and matched them with some fitting pop culture personalities.
BY:
MICHAEL BONEBRIGHT
Former Senior Blog Editor 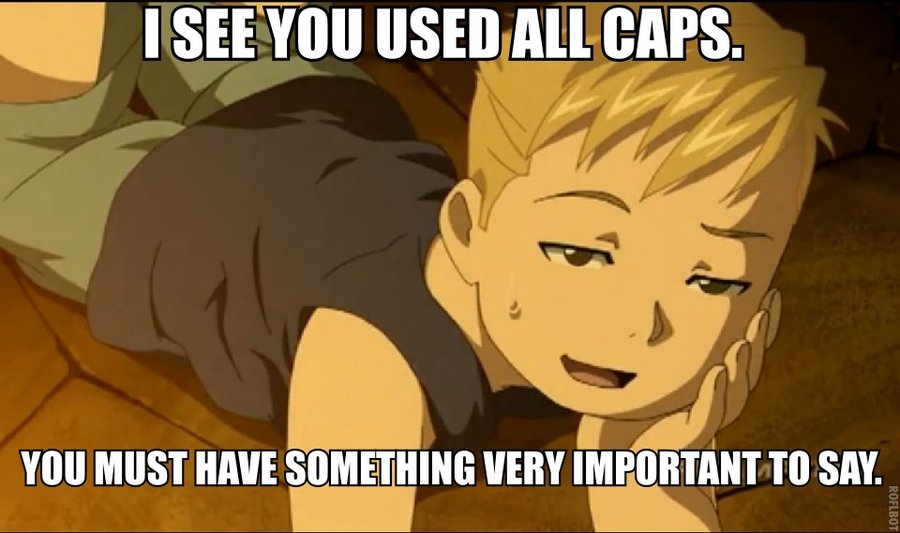 Here in the DealNews ivory tower, it's easy to forget that not everyone loves Black Friday deals the way we do. While we find the recent trend of more stores hosting Thanksgiving sales merely fascinating, some members of the Internet community are upset. Because we love and value the opinions of our fellow netizens, we wanted to share some of our favorite quotes from this Internet fight.

The battle lines have been drawn. Who will defend the sanctity of Thanksgiving? Who will save us from the evil corporations? Our comment section-trawling has helped us discern nine distinct arguments against our favorite shopping holiday. We've rounded up real quotes from some of the best shopping shade-throwers, and paired each with the pop culture personality that we feel best represents that archetype. Can the Internet convince you to sit out Black Friday for good? Read on to find out! 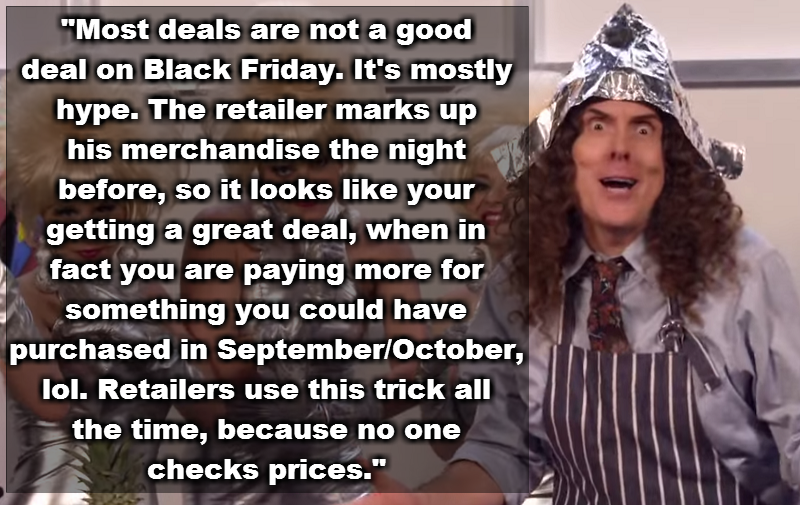 Argument: It's All a Conspiracy!

Rebuttal: As much as people like to, you can't argue with data. We've done the research (and made spreadsheets, soooo many spreadsheets); the numbers say that the Black Friday season is real, and Thanksgiving is the best part. There is no retailer conspiracy, unless it's a conspiracy of savings. [DailyFinance] 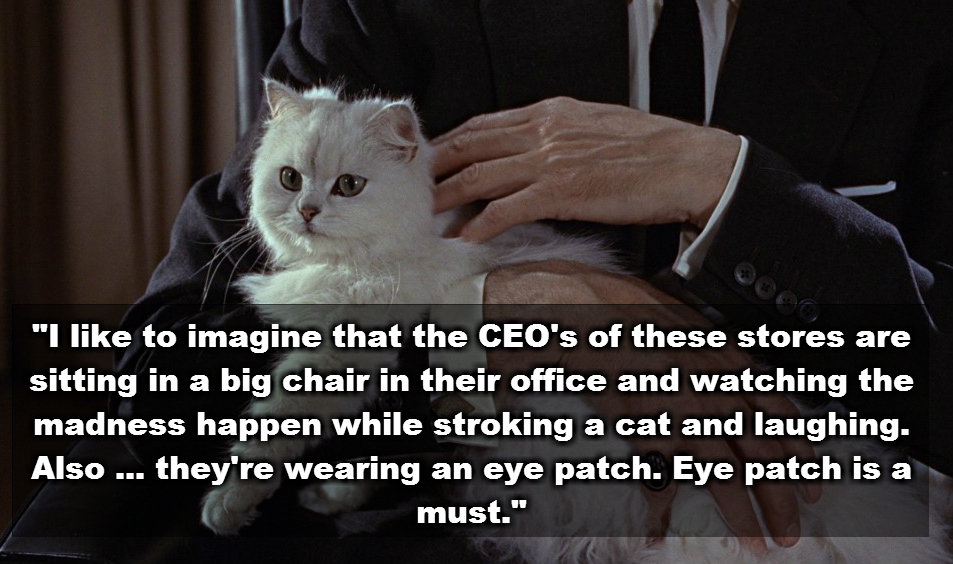 Argument: Black Friday is All of the Evil! ALL OF IT.

Rebuttal: Our glorious overlords, the lizardmen Illuminati (may their scales ever glisten), assure us that Black Friday isn't that bad. In all seriousness, we've been obsessively covering Black Friday for years. If there really was a dark and sinister plot at the heart of all these sales, DealNews would have covered it, meme'd it, and moved on by now. [Huffington Post] 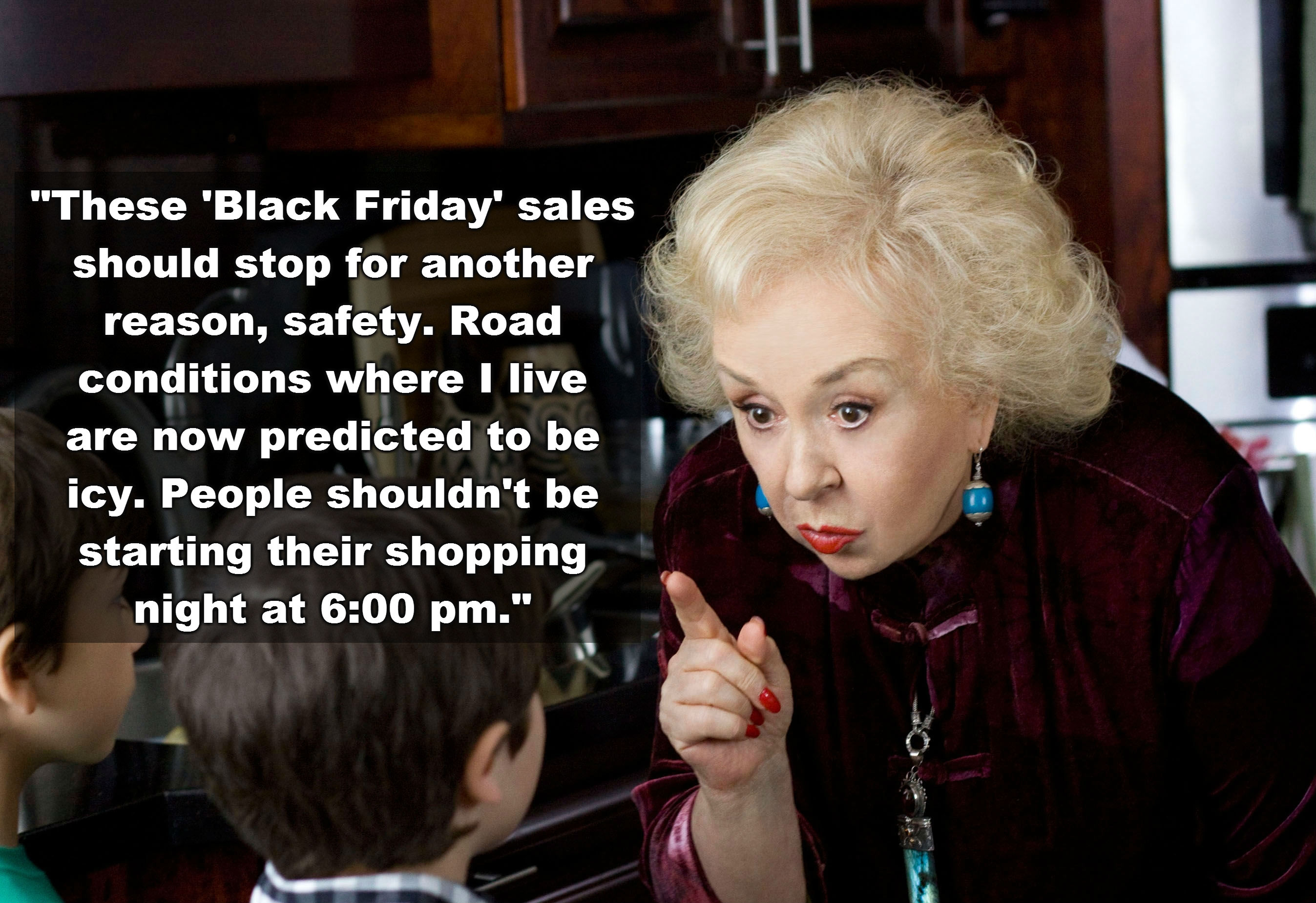 Rebuttal: First off, we are so happy that our grandmother has mastered the art of Internet commenting. You go, Nana! Secondly, Black Friday really isn't the bloodbath that media outlets and concerned commenters make it out to be. An incredibly morbid website that's dedicated to tracking of Black Friday-related violence lists just seven deaths and 90 injuries total in the past eight years — and not to make excuses, but the vast majority are from car crashes returning from stores or police who get overenthusiastic with the pepper spray, not the oft-cited store fights and trampling. Of course, online shoppers don't even have to worry about icy roads. [Yahoo! News] 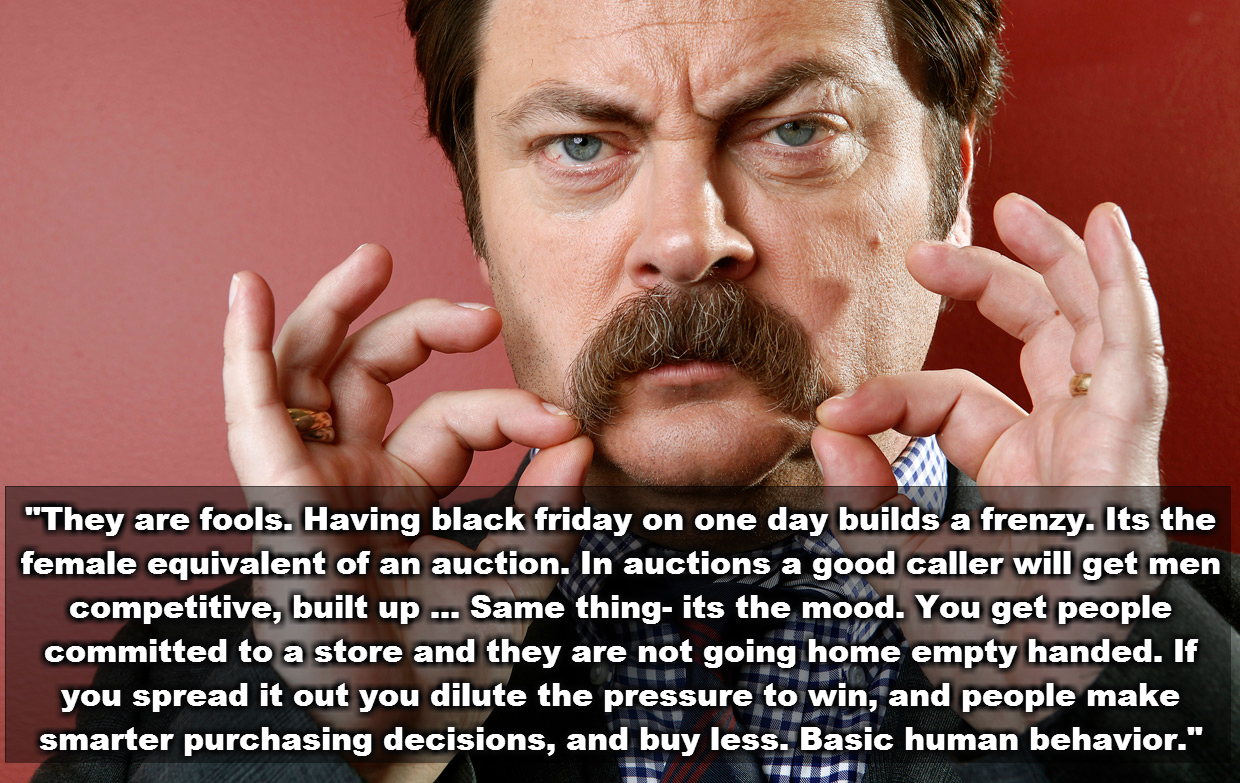 Argument: Black Friday is for Girls!

Rebuttal: It's weird, and a little disconcerting, how many Internet commenters seem to think that women are the only people participating in Black Friday. While the sexes may have slightly different approaches to the shopping holiday, everyone loves a bargain. In fact, greater shopper interest is one of the reasons that Black Friday has ballooned beyond its former single-day status: People want bigger, longer sales! [USA Today] 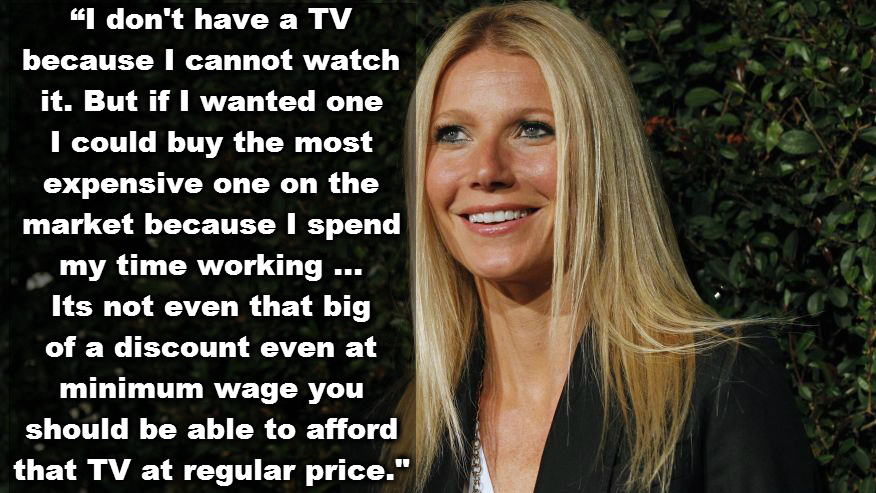 Rebuttal: Look, not all of us are drowning in private islands. If you're so well off that the very concept of buying things on sale is distasteful, then you have really come to the wrong website. For those of us whose homes don't occupy an entire ZIP code, a TV is still a major purchase. Queuing up weeks before Black Friday may sound crazy to some, but we think it's crazier to pay list price. [Yahoo! Tech] 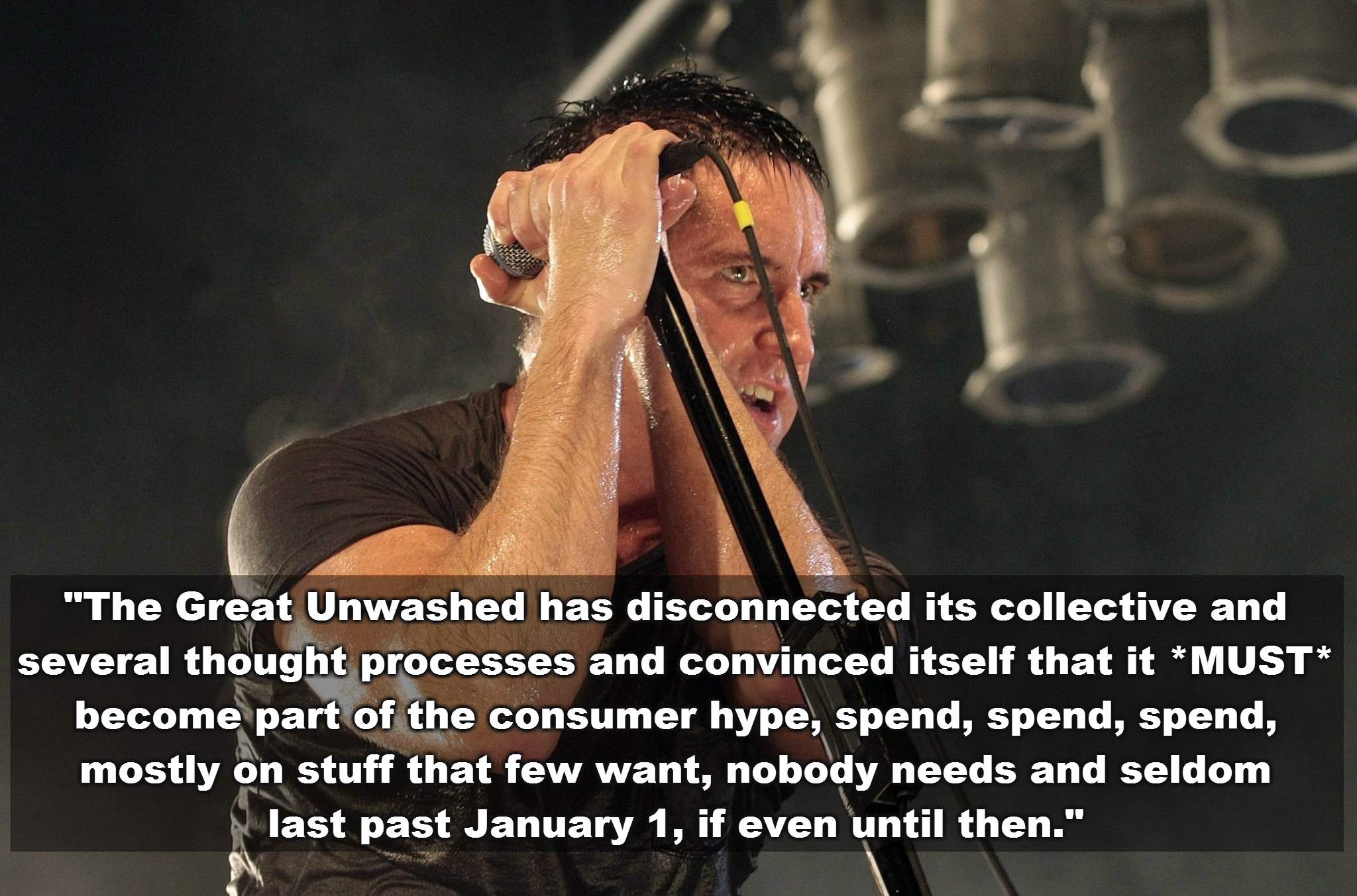 Rebuttal: This argument is always a head-scratcher, and not just because the hyperbolic rhetoric is usually difficult to penetrate. If Black Friday is a corporate greedfest, is there a better time of year when these commenters would prefer us all to shop? Are you more or less of a corporate slave when you pay full price? Honestly, we don't have a rebuttal for this argument; we're genuinely confused. [DailyFinance] 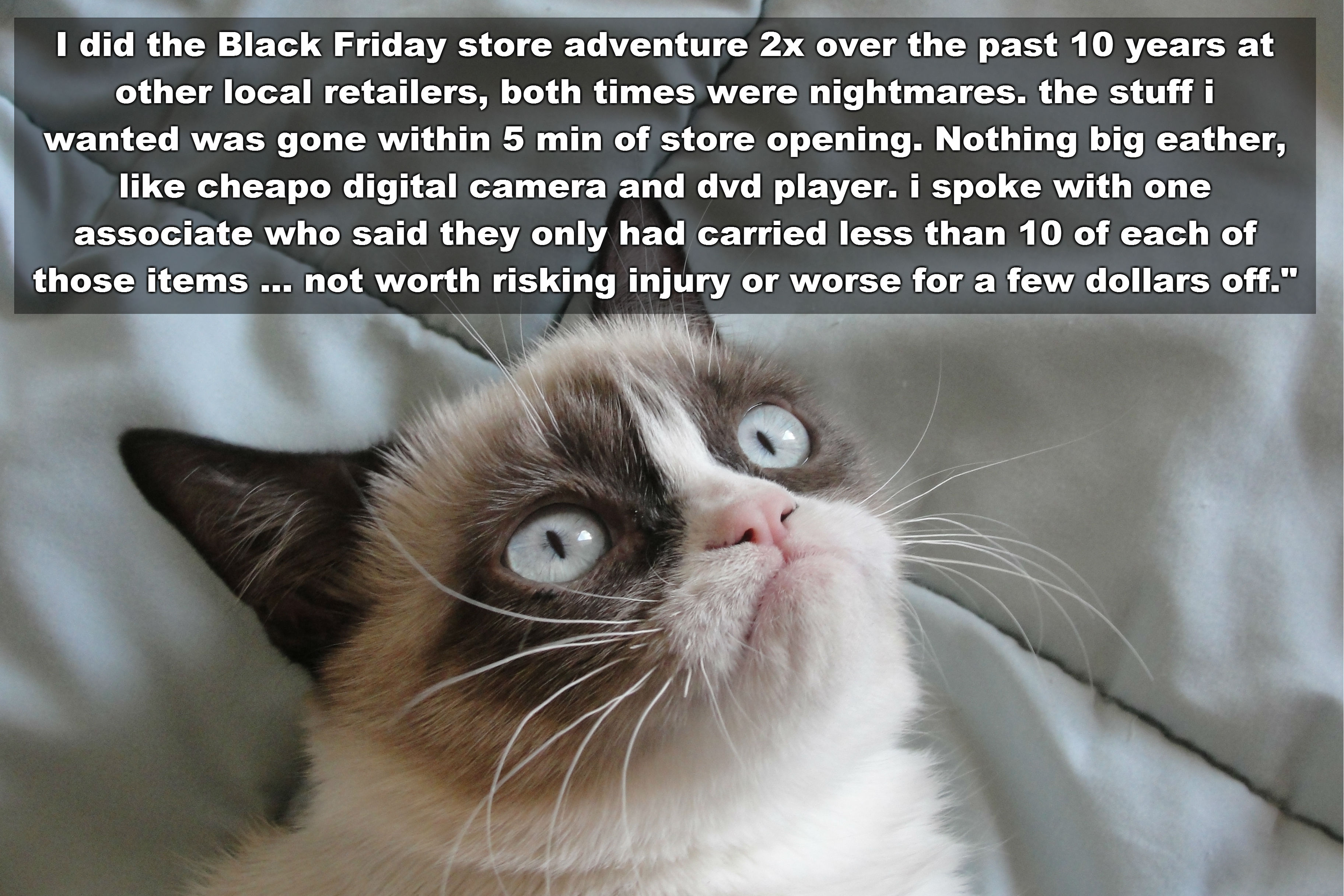 Argument: I Tried Black Friday Once. It Was Awful!

Rebuttal: Hey, we hate shopping in-store on Black Friday, too. But that's no reason to write off the entire shopping season! To these grumpy commenters, we humbly suggest giving Black Friday a second chance with online shopping. [GameSpot] 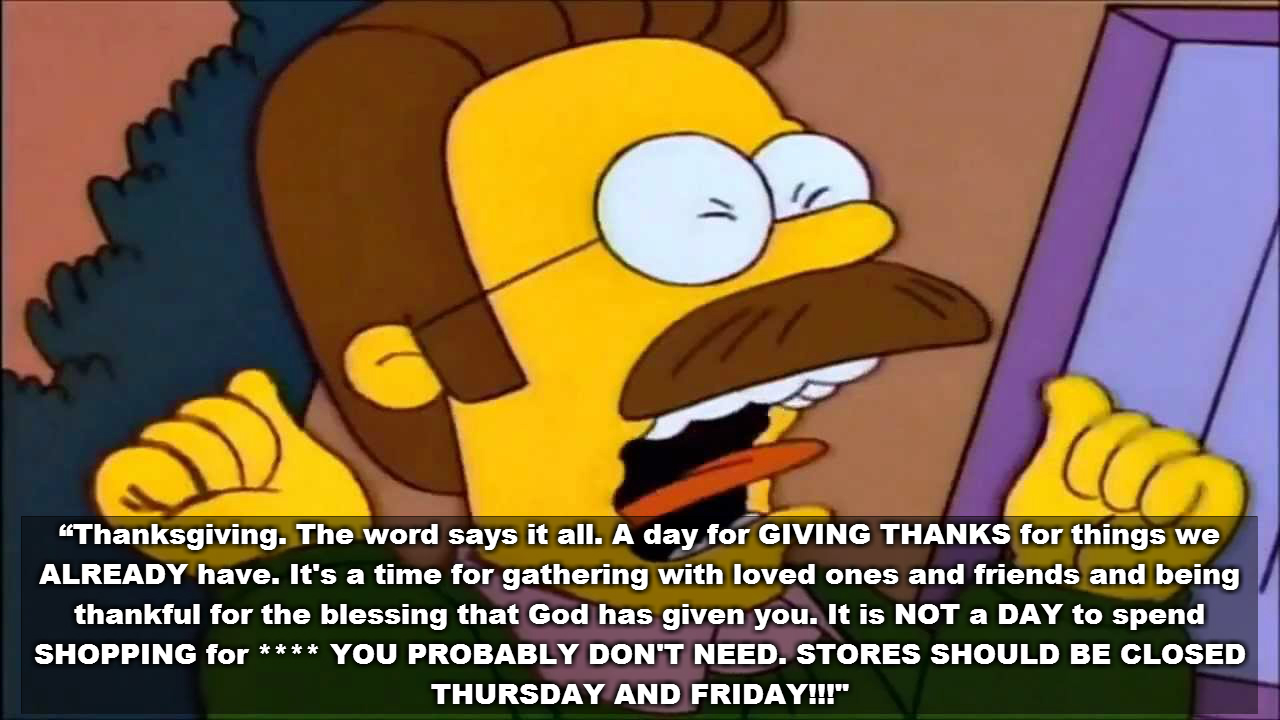 Rebuttal: Spending time with family and friends is awesome, no argument there. But forcing people to celebrate Thanksgiving goes against what the Puritans (a.k.a. the original pilgrims) were trying to do. The Puritans were totally opposed to holidays, wanting to do away with even Christmas and Easter. Instead, they thought we should have a "Day of Thanksgiving" whenever something especially cool happened in our lives, so we'd always be, you know, thankful. [Fox Carolina] 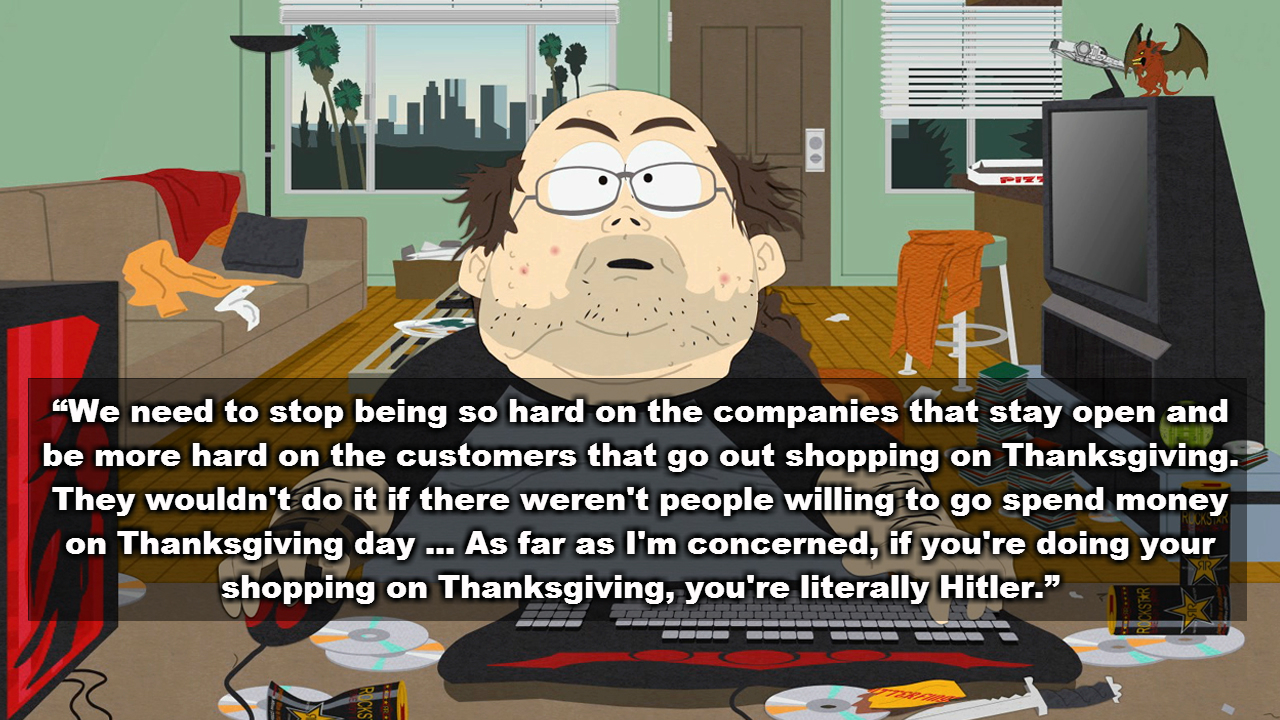 Well readers, have the arguments above convinced you to boycott Black Friday and all of its awesome deals? Or would you like to offer these commenters a collective chill pill? Either way, tell us all about it in the comments below; you know we'll read them!

Lindsay Sakraida (DealNews)
@nightfrog65 We still heavily advocate shopping online, and that's kind of our point; a lot of the negative impression that people have of Black Friday is associated with in-store shopping, thinking that they NEED to. You don't. That said, I've shopped in store on Black Friday before; I don't think it's worth it, but it's vastly over-dramatized. I think it depends whether you're in a congested area or not. And whether you're going at "the stroke of midnight" or not. A lot of people I interviewed in line at Target a few years ago were there to see what the fuss was about, and while that may seem silly, no one there was getting trampled or shoved. It was busy, yes, but no worse than a department store right before Christmas. YMMV indeed.
November 26, 2014

nightfrog65
I partially disagree with this article in the sense that it's not worth spending gas money, fighting traffic and dodging aggressive shoppers just to save a couple of bucks, at least in a brick-and-mortar store setting. I don't get why people get adrenaline rushes by doing this activity.

Online Black Friday/Cyber Monday shopping is cool-no need for fighting idiot drivers and blood-thirsty shoppers hell-bent on getting their kid the latest video game system for 50% off.

We tried checking out Black Friday once, and people acted like monsters. It was crazy seeing a 100,000 SF Walmart store packed with people like a rock concert. It wasn't fun, and I don't get why people enjoy being around that many other shoppers crammed in a tight space, even if you get free gifts and discounts.

Rosie1234
Having worked in retail I can say without reservation that Black Friday brings out the absolute worst in humanity! I've had my hand run over by shopping carts and been elbowed out of the way by grandfathers while trying to keep the shelves stocked with toys! And all the great deals are a sham! Before the holidays they inflate the prices so you'll think you're getting a deal when they give you 40% off. People drive like nuts and they'll kill you with their car trying to get a parking space. I shop on my computer; No gas, no mileage, no lines and NO IDIOTS.
November 25, 2014

jacques_couteau
Here's another take: not worth it. While Black Friday ads feature appealing items with prices better than at other times, careful shoppers must still measure money savings against the time and effort required to get those deals. Traffic, parking, and lines into and out of stores are literal expenses; crowds and carols—especially secular ones—tip the balance toward staying home.
November 25, 2014