Even drugstores are jumping on the Black Friday sales bandwagon, but beware, not many of those deals are all that healthy.
BY:
LOUIS RAMIREZ
DealNews Contributing Writer 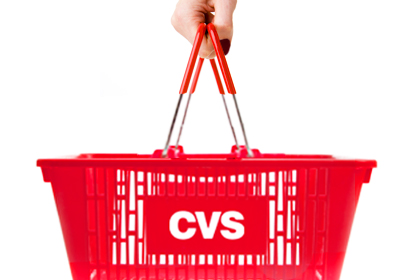 These days it seems like every retailer is running a big Black Friday sale. Even the unlikely stores like Walgreens and Rite Aid are getting in on the action. But is making an early bird trip to the drugstore really something consumers should plan on for Black Friday? To find out we combed through this season's drugstore ads from Walgreens, Rite Aid, and a leaked ad from CVS to find out which drugstore purchases, if any, should be added to your shopping list.

Not All Paper Products Are Discounted Equally

It never hurts to stock up on toiletries. From paper towels to toilet paper, a few extra rolls in stockpile never hurts. So far, we've seen a few Black Friday sales on such goods, but none of them really live up to the Black Friday name. For instance, one of Walgreens' best toilet paper sales (Cottonelle 12-Pack for $3.99) yields a price of $0.33 per roll. While that beats many of the Editors' Choice Amazon deals we've listed throughout the year (with prices of $0.41 to $0.47 per roll), it's not the best we've seen. That honor goes to Staples, which has had rolls as low as $0.31 each. That said, the Walgreens offer isn't horrible if you want to buy TP in bulk in the near future; it certainly beats CVS's offer promoting rolls as high as $0.74 a piece.

SEE ALSO: Are Men's Shave Clubs Like Dollar Shave Club Worth It?

Unfortunately, the news is worse for other paper products. Both Walgreens and Rite Aid have paper towel deals that leave each roll at roughly $0.66. By comparison, we've seen paper towel rolls from Amazon for as little as $0.03 per roll, easily beating both Black Friday promos. And while that Amazon deal may be the rare exception, Staples has also beaten both drugstores' Black Friday deals with rolls as low as $0.50 each.

Watch Out for BOGO Promos

Both Walgreens and CVS have loaded their Black Friday ads with dozens of buy one, get one promotions. While you'll find many items that take advantage of this promo, men's and women's shave gels at Walgreens will be your best bet for savings (and could be useful if you're a member of a shave club); you'll get two shave gel bottles and $2 back in rewards money for just $5. This includes brands like Edge, Schick, and Skintimate. Assuming you use the rewards money, it beats some of the best shave gel deals we've seen, which have typically cost $2 per bottle. Unfortunately, most other BOGO offers weren't as aggressive with prices, and many were priced higher than deals we've already seen this year.

If It Isn't Typically Sold at a Drugstore, Don't Buy It

Drugstores may not be the first place you turn to for gadget deals, but this Black Friday you're bound to see a few electronics deals in their circulars. When you do — skip them. In their ads, Rite Aid, CVS, and Walgreens listed gadgets on sale and in all cases these sale prices were much higher than what we've already seen throughout the year. For instance, Walgreens offers the Netgear NeoTV Wireless Streaming Player for $35, a price we saw back in July. The same goes for any iHome docks, 19" TVs, and headphones you may come across. Batteries too were overpriced, beaten by deals we've listed from Sears throughout the summer.

Not Even the Wine or Beer Deals Are Worth It

Rite Aid is the only drugstore to feature wine and beer throughout its Black Friday circular, and while we'd love to have more options for our beer and wine purchases, this drugstore unfortunately isn't one of them. Wine bottles were on average $2 to $3 pricier than some of our wine club deals and beer was on par with prices you'd already find in liquor stores.

Ultimately, there's a reason shoppers don't camp out in front of drugstores on Black Friday: the deals just aren't there. That said, should you need to purchase one or two household items, your best bet is to pick a drugstore you frequent or live nearby so that you can rack up some reward dollars and be able to use them in the future.

oberz3
Unless they're giving away cash, there is nothing on this earth that's worth standing in lines for on Black Friday. NOTHING.
November 20, 2013

Today I received the one for November 24-30 and (at least in my region, NYC) on the front page there's a coupon for $10 off (not a $10 "+UP Reward" that can be used on a future purchase) a purchase of $50 or more of iTunes cards. You have to be a wellness+ member and there's a limit of one coupon per person (maybe one per wellness+ membership, since members of a household can share a wellness+ membership). It looks like it's valid all week and not just on and after Thanksgiving or Black Friday.

Greg the Gruesome
Re: Paper towels

If you compare prices in anything other than a completely apples-to-apples fashion, there's a lot of uncertainty. You can calculate the cost per sheet but the size of a sheet on roll A may be different from the size of a sheet from roll B and furthermore, if a sheet is too small you might find yourself using two sheets at once. Then there's the select-a-size rolls: how do you calculate the cost per sheet for those? And of course there are differences in paper thickness and performance.

I keep seeing a Craig netbook that runs Android in Rite Aid circulars. I've never seen such a netbook anywhere else. I guess there's a good reason for that: there must be Android emulation software for Windows that you can download if you want to run Android on something other than a smartphone or a tablet. Right?