LEGO accidentally sent a mega-fan its Black Friday promo this year, prompting us to wonder: Was this an actual mistake, or a brilliant marketing ploy?
BY:
JEFF SOMOGYI
DealNews Contributing Writer 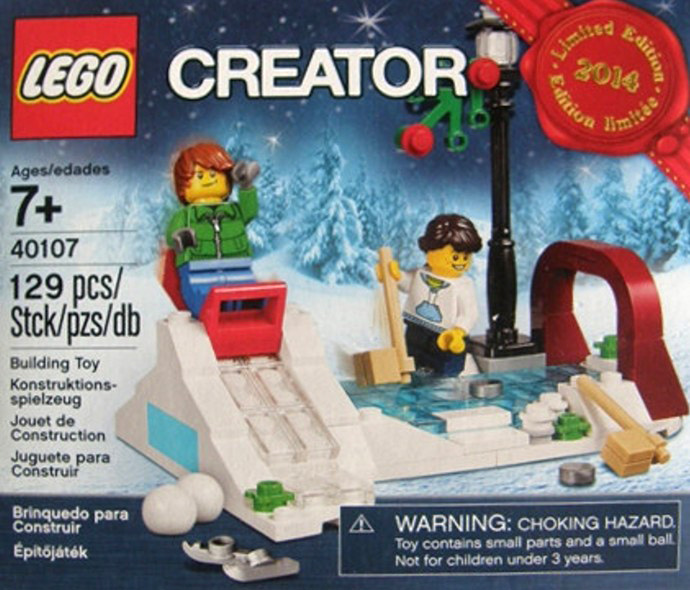 Something rare and shocking happened this week: A Black Friday deal actually accidentally leaked! A LEGO forum user recently received an order he placed on LEGO.com, and in the box was the Black Friday promotional item that's only supposed to ship after Black Friday — and only with a purchase of $99 or more. Whoops!

"But wait," you might say, "I hear about Black Friday 'leaks' in the blogstream media all the time. In fact, there are whole sites dedicated to collating and correlating them for my convenient perusal. What do you mean this is 'rare and shocking?'" Oh, sweet, innocent babe! This might have been the case back in the day, but for years now, stores have been strategically using "leaks" as a way to market their brand.

There is an air of consumer hysteria around these ads — one that stores work hard to cultivate — and retailers know that many people would do anything to get their hands on them early. Last year, for example, we saw many stores offer "sneak peeks" to shoppers via social media, or sometimes using the preview as a dangling carrot to get people to subscribe to special rewards programs.

Meanwhile, some brands manage to always leak their ad around the same time, which suggests some careful planning; it wasn't surprising to us, for instance, that Harbor Freight Tools was the first Black Friday ad of the season since the store has released its ad in mid-October for the past four years. Many leaks these days are less accidental than the name would suggest, because judiciously distributing them can drum up hype and make a big splash in the news cycle.

However, every now and then there does appear to be an actual mistaken release, which some of us more trusting folks might apply to this LEGO leak. But of course, the more jaded of us could think that this accident was more of an "accident," if you know what we mean? Wink wink. Surely LEGO's ad wizards didn't consider that sending an exclusive promo to a LEGO fanatic would make news, right?

The truth is out there. What do you think? Accident or marketing ploy? How cynical has this cruel world made you? Tell us, in the comments below!

VIEW ALL
Blog · Morning Jolt · 3 hrs ago
5 Deals You Need to Know Today: Save $20 on Your Next AmazonFresh Shop
QR codes: they look like weird texture tiles from a primitive video game, but this time, they are your passport to grocery savings. Check out this offer and more in our roundup of the five best deals we found over the last 24 hours.
Blog · Buying Guides · 4 hrs ago
The 9 Best Things to Buy in June (And 4 Things to Buy Later)
While June may be a prime time for vacations, it's also a great time to find excellent deals. Check out our guide for what to buy in June and what you should hold off on until later in the year.
Blog · Marketplace · 4 days ago
The 13 Best Products to Sell Online in July 2022
July is a big month for promotions! To give you the best chance at success, we offer suggestions for what to sell online in July 2022, plus go over the major sales opportunities during the month and the items you may want to list later.

Save big on apparel for the family, camping gear, bedding, pet supplies, home decor, and much more. Plus, coupon code "SHIP89" nabs free shipping on orders of $89 or more (an additional savings of $10). Shop Now at Sierra

Apply coupon code "RMQSTCCE" for a savings of $35. Buy Now at Amazon

Brands including Calvin Klein, Cole Haan, Kate Spade, Hugo Boss, and Tommy Hilfiger are marked up to half off. Plus, coupon code "LENSMAY60" takes 60% off lenses and add-ons. Shop Now at FramesDirect