It's no secret that we here at DealNews get really excited about Black Friday. Like, really excited. And while we're the first to admit that we might have "Black Friday tunnel vision," we're pretty sure we're not the only ones. And so, in an attempt to make us feel better about ourselves, we turned to the Google Trends tool to see how excited everyone else is, too.

But first, we should clarify: The Trends tool doesn't actually measure excitability, if you can believe it. Rather, it shows the breakdown of where and when people search for a certain keyword. And instead of showing absolute values for how many times people search a term, Google instead assigns a rating of sorts, on a scale of 0 to 100. The bigger the number, the higher the relative search volume.

While it may be oversimplifying, we hold that higher search volume = more excited! And so, with this in mind, we dug into the Trends tool to find out who cares about Black Friday the most. As it turns out, the state of Kentucky is really, REALLY excited. 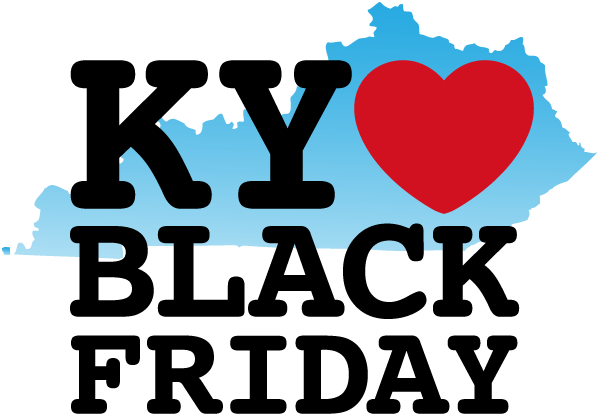 The state of Kentucky has been in love with Black Friday for the past nine years. During that time, its citizens have searched for "Black Friday" more times than any other state. Why the good people of Kentucky consistently love Black Friday so much we may never know, but it might have something to do with their enthusiasm for towel deals. 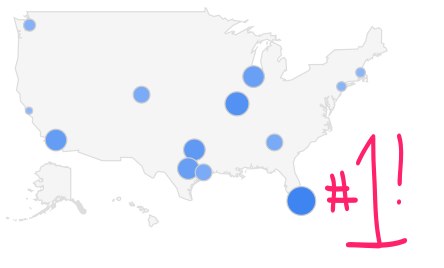 Last year, Miami topped the list of U.S. cities that searched for Black Friday, which isn't surprising considering how fanatical some Florida residents can be for the event. Conversely, at the bottom of the top 15 is San Francisco. 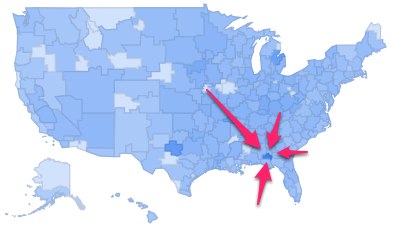 The DealNews Huntsville Office Has Inspired Mass Googling in Alabama

As far as "metro areas" go, Dothan, Alabama scores a 100 on the excitability scale. It should be noted that, while Dothan is 296 miles from DealNews' Huntsville office, the enthusiasm of our deal writers is pretty contagious. So despite the distance, we might very well be the driving force behind this stat.

On a more serious note: Across all states, Black Friday searches have generally increased every year since 2004, which is in line with the growing hype we've seen surrounding the shopping holiday. There was a slight dip in searches in 2012 compared to 2011, but it was relatively minor.

But Basically Nobody Cares About Cyber Monday

Not surprisingly, interest in (or awareness of) Cyber Monday has grown over the years, but at a much slower rate than Black Friday. A closer look at the 2012 stats suggests that Cyber Monday might be more of an "afterthought" for shoppers since the volume didn't truly start to rise until Thanksgiving; comparatively, Black Friday searches grew throughout the month of November.