Black Friday continues to mark the official start of the holiday shopping season, and though conflicting accounts of economic recovery abound, most retail experts are optimistic about the prospects over the next few weeks. In fact, several have told dealnews that they're anticipating exceptional deals during Black Friday weekend. From a potential spike in high-quality electronics discounts to longer store hours and early sales, here's what the economic experts are predicting for the 2012 holiday shopping season. 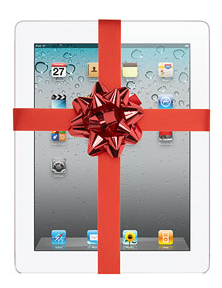 According to a study of holiday purchase patterns by the Consumer Electronics Association (CEA), consumer electronics remain among the most wanted gifts this holiday; electronics are expected to account for nearly a third of all gift spending this year. But despite this projection, product pricing largely remains the deciding factor for consumers with gadgets on their wish lists.

"My qualitative expectation is that we are going to see some attractive pricing this year," says Jordan Selburn, Senior Principal Analyst at IHS iSuppli Home & Consumer Electronics Service. "[Because] other than the newest iPad and some other tablets, there isn't much out there that warrants an 'I've got to go and get one right now' sort of response. Most people are not in an acquisition phase; they are in upgrading phases. And because of a lack of innovative and compelling products, I predict that retailers are going to use pricing to get people into the stores."

According to Selburn, low sales to date will likely bring steep price cuts resulting in a boost in consumer buying, and produce a marginal growth in revenue as a result. However, don't expect to see holiday promotions across all electronics categories. Recently released tablets a la the new Kindle Fire HD, iPad mini, in particular won't see discounts and demand for these items already remains high. 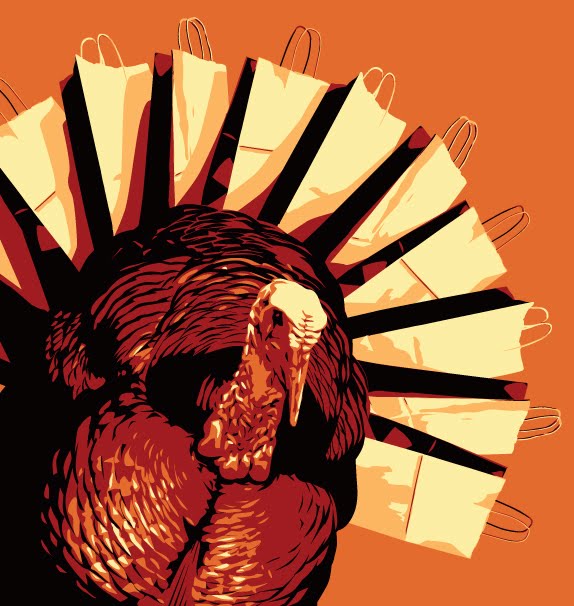 "Black Friday is a key element of the holiday season," says Shawn DuBravac, Chief Economist at the Consumer Electronics Association. As such, this year Accenture found that 53% of consumers plan to shop on Black Friday, which reverses a three-year trend of declining interest in Black Friday as a shopping endeavor.

Not only is there a heightened interest in day-of Black Friday sales, but, like years past, this holiday shopping season is set to become one that begins on Thanksgiving Day itself; stores like Best Buy and Sears are opening earlier, with "retailers offering more deals on Thanksgiving Day itself, particularly online." DuBravac notes, too, that to combat the "lull between the doorbusters and throughout the day," shoppers will likely see more flash sales and daily deals, similar to the types of sales we saw last year from Amazon and the like.

However, savvy consumers in Accenture's study say that they will do more than shop early. They're planning to compare prices online before making a Black Friday purchase, no matter how sweet a deals seems at first glance. A growing number of consumers also consider showrooming a key aspect of their bargain-hunting Black Friday strategy. Knowing this, many retailers are already offering price-matching guarantees. And to meet tech and deal-savvy customers' needs, merchants like Target are promoting their apps that not only offer users product reviews, but also feature fast and discrete ways to buy goods.

Retail Sales Are Predicted to Be High 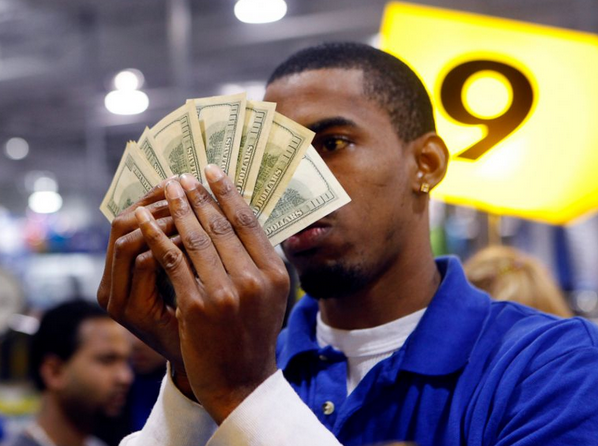 Overall, this season's retail revenue will be higher than years' past. From price cuts that drive demand, to shoppers who are stretching their dollars, stores will see an increase in sales this month. But how great an increase? According to the U.S. Census Bureau, September 2012 saw a 5.4% increase in U.S. retail and food services sales from September 2011. This growth in sales is expected to continue throughout the holiday season, and the National Retail Federation (NRF) estimates that retailers will see a 4.1% increase from last year in terms of consumer purchases, both online and in stores.

Furthermore, in what they call their most optimistic outlook since the recession began, the NRF's 2012 holiday forecast growth of 4.1% is noticeably higher than the 10-year average holiday sales increase of 3.5%. This is likely in part to the continued sales growth from the consumer electronics sector, which as mentioned, leads the charge in Black Friday sales. Tech industry trend experts at IHS iSuppli Home & Consumer Electronics Service agree. The organization notes that OEM factory revenue for global consumer electronics will rise to $361 billion this year, up from $356 billion in 2011. Revenue during the fourth quarter — aka the holiday shopping season — should amount to $99 billion, up 2.2% from the same period last year.

As good as this holiday shopping season may sound, not all goods undergo price slashing for Black Friday. Not only should the Toys "R" Us Fabulous 15 be avoided until mid-December, but also steer clear of 2013 calendars, jewelry, and watches on Black Friday. These items will drop in price as December moves in.

As far as electronics go, it's true that HDTVs are some of the most popular Black Friday sales. However, if it's a brand name HDTV you're after, wait to buy a new set until January, when prices reach their yearly lows. Regarding the latest 7" tablets and the hot, new iPad mini, it's unlikely these items will see any bargains this Black Friday. That's not to say that no tablets or eBook readers will see sales, but check out all of the dealnews 2012 Black Friday predictions for the scoop.

For the most part, Black Friday 2012 is looking like a promising kick off to the busy holiday season. Not only do retailers seem willing to slash prices, but consumer confidence and purchase patterns are also on the rise, indicating that this Black Friday will be ripe with possibilities. Just make sure you charge your phone and bring some leftover turkey along for the deal-venture.

Related dealnews Features:
Summar Ghias is a freelance writer who attributes her love for big cities to the diverse cultural, artistic, and food-centric experiences that can be had in them. A former assistant editor at Budget Travel, Ghias has freelanced at several other titles including Girlfriend Getaways, Discover, People, In New York, Spinner.com, and AOL Travel, among others.

VIEW ALL
Blog · Buying Guides · 23 hrs ago
All the Best Student Discounts and Freebies in 2021
College can be expensive, so it only makes sense to save wherever you can. If you're in school, check out our guide on where to get student deals in 2021.
Blog · Buying Guides · 23 hrs ago
The 9 Best Things to Buy in August (Plus 7 Things to Buy Later)
August brings Back to School sales and early Labor Day savings, plus other discount opportunities. Check out our guide to the best things to buy in August to learn more.
Blog · Roundups · 1 day ago
The Best Video Game Deals
The best of the best when it comes to video game deals, cheap consoles, and discounted accessories are gathered here, in one convenient roundup.
Blog · Roundups · 2 days ago
The Best Men's Clothing & Accessories Deals
From adidas to Uniqlo and Allen Edmonds to Wilsons Leather, this is your guide to the best men's clearance sales, designer clothes deals, and everything discounted in the world of men's clothing.
Blog · Roundups · 5 days ago
The Best Smart Home Deals
Whether it's a smart assistant, a security hub, a smart lighting setup, or one of the many other home automations on offer, these are our picks for the best smart home deals available right now.

That's the best price we could find by $13. Buy Now at Ace Hardware

Apply coupon code "SHOPFAMILY" to knock an extra 20% off a range of clothing, accessories, and home items, already marked up to 75% off. Shop Now at Kohl's

That's the best deal we could find by $6. Buy Now at Amazon