It's not looking good for Amazon's plans of using robots from the sky to delivery your packages.
BY:
ELIZABETH HARPER
DealNews Contributing Writer 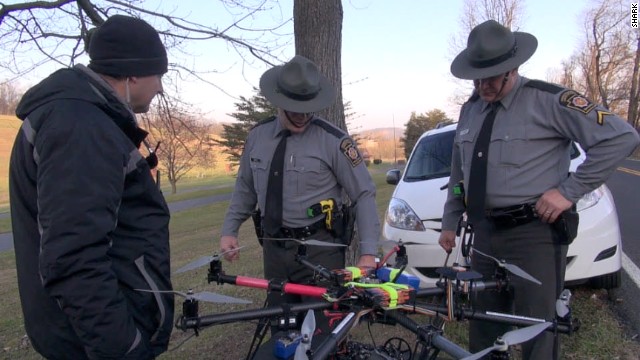 Amazon's plan to send deliveries via drone always seemed like something for the far distant future (or an ill-timed April Fool's joke). From the company's initial proposal in late 2013, the idea of drone deliveries has been problematic: not because drones aren't capable of navigating cities and delivering packages, but because the FAA has had no regulations in place for commercial drone operation, which prevents most commercial drone flight.

Now, the FAA has finally proposed regulations governing the commercial use of drones. They're being praised by a number of industries for making a clear path for many uses, including "real estate photography, movie making, plant inspection, construction monitoring, livestock tracking, and search and rescue," according to CNET. But what's good for them has only set up more obstacles for Amazon.

Currently, any company wishing to use unmanned drones must request permission from the FAA to do so, which the agency grants on a case by case basis. But while a handful of businesses have the FAA's blessing, Amazon is not among them. This hasn't stopped the retail giant from developing its drone program anyway, but without permission to fly its drones outdoors, Amazon has had to content itself with indoor trials to perfect its drone delivery tech.

However, newly proposed drone rules the FAA posted over the weekend may quash Amazon's drone deliveries for good. These rules specify that drones can't fly outside of the line of sight of their pilots or drop cargo, both of which are problematic for Amazon's drone program, which would rely on remotely controlled vehicles to deliver packages around the country.

The company certainly isn't happy about the FAA's latest move, with Paul Misner, Amazon Vice President of Global Public Policy saying, "We are committed to realizing our vision for Prime Air and are prepared to deploy where we have the regulatory support we need."

Going Overseas, Continuing Fight in US

The regulatory support Misner means can be found overseas, where more lenient restrictions on drone flight could allow the company to do further testing — or even launch drone delivery programs — without FAA approval, leaving the US behind the drone technology curve.

Still, while these rules may seem to crush Amazon's plans, they aren't finalized yet, and the fight between Amazon and the FAA is an ongoing one. The rules will be available for the public comment for 60 days, but it could take more than a year for them to be finalized and put into place. And when they are, they might have changed enough to make drone deliveries a reality. In the meanwhile, businesses like Amazon will only have the ability to use drone's with the FAA's explicit permission.

In the end, Amazon's fleet of delivery drones isn't something we're likely to see dropping off packages at our doorsteps any time soon.

HarryTuttle
'Pushing the envelope' is a process. Your article does a wonderful job of letting us know the Spanish-American War is alive and well.
February 18, 2015

VIEW ALL
Blog · Buying Guides · 2 hrs ago
7 Ways to Score Amazon Prime Membership Deals
Amazon Prime typically costs $14.99 a month or $139 a year, but you can get the service for less. Our tips for securing an Amazon Prime membership discount have you covered.
Blog · Buying Guides · 10 hrs ago
How to Shop and Save on Kids' Adidas Items
If you're looking for athleticwear, shoes, and casual clothes for your kids during your Back to School shopping, don't forget to check out adidas. Our guide on how to shop and save on kids' adidas items has the info you need.
Blog · Morning Jolt · 16 hrs ago
5 Deals You Need to Know Today: Score an Extra 50% off at J.Crew
J.Crew! Extra 50% off! Go go go! Check out this offer and more in our roundup of the five best deals we found over the last 24 hours.
Blog · Buying Guides · 2 days ago
Prime Day 2022 Deals Preview: See All of Our Predictions!
Amazon Prime Day is set to take place in July again this year, but what will the deals look like? Check out our Prime Day deals preview for our predictions concerning the 2022 discounts.