How to Try Amazon Echo's Alexa Before You Buy

Amazon has released a free browser version of of its voice-activated personal assistant. But it was never meant to offer the full Echo experience.
BY:
JULIE RAMHOLD
Senior Staff Writer/Spokesperson 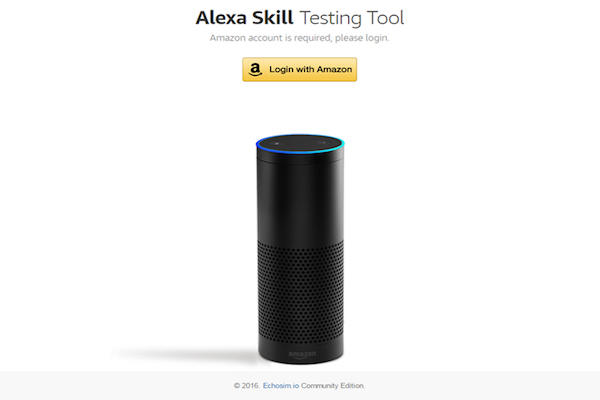 There's a handful of virtual personal assistants out there — Siri, Cortana, Google Now — but one of the most popular ones for the home is Alexa, the voice of Amazon's Echo. With a long list of skills that continues to grow, maybe you've been thinking it's time to have Alexa join your family. If you're still hesitating to hit that "Add to Cart" button, the good news is now you can give Alexa a try before you buy.

This Alexa Simulation Can't Do Everything

Sadly, the browser version can't handle the full range of Alexa's true abilities. Then again, it's not supposed to. As disappointing as it is to not be able to test every facet of Alexa online, this shouldn't really come as a surprise. The simulator wasn't created as a free Echo alternative. It's similar to the Amazon Tap, where you have to press a button before asking Alexa a question. The service was created primarily as a tool for developers to more easily test the skills they're working on for Alexa. Then again, no matter its original purpose, being able to see even a fraction of what the assistant can do before you shell out $130 (or more) for an Echo is pretty appealing.

Being able to see even a fraction of what the assistant can do before you shell out $130 (or more) for an Echo is pretty appealing.

When we tested this browser-based Alexa, she handled things like weather details and package tracking with no problem. She even provided a more up-to-date delivery date than our own Amazon accounts did. And much like Siri and Cortana, Alexa will tell you jokes — albeit somewhat corny ones. The biggest thing missing from the browser version of Alexa is you can't play music from your Amazon collection, because the simulator doesn't support it. But since that's a point the Echo is routinely admired for, this shouldn't be a deal-breaker if you're interested in the device.

Home Assistants Are a Growing Trend

Apple is working on its own answer to Echo, a Siri speaker for the home. But first, it's reportedly opening up access to Siri for third-party app developers. In fact, a software development kit for Siri could be announced as soon as next week, during Apple's annual WWDC conference.

SEE ALSO: Amazon Will No Longer Sell the Apple TV or Chromecast to 'Avoid Confusion'

Google is also getting in the game, with its recent announcement of Google Home, due for release later this year. CNET breaks down what we know about the Home so far, and all signs point to it being a direct competitor to Echo, possibly being able to surpass it. But for now, with no real competition on the market, Alexa is still queen.

Readers, will you try out Alexa before you buy? If you already own an Echo, has Alexa made your life easier? Tell us in the comments below!

"Echo Dot is available in limited quantities and exclusively for Prime members through Alexa Voice Shopping. To order your Echo Dot, use your Amazon Echo or Amazon Fire TV and just ask:
Alexa, order an Echo Dot."

It's $44 under our March mention and the lowest price we could find today by at least $45. Buy Now at Amazon