Got a Prime account? Amazon will cut 20% off new video games, from preorder through two weeks after release
BY:
MICHAEL BONEBRIGHT
Former Senior Blog Editor 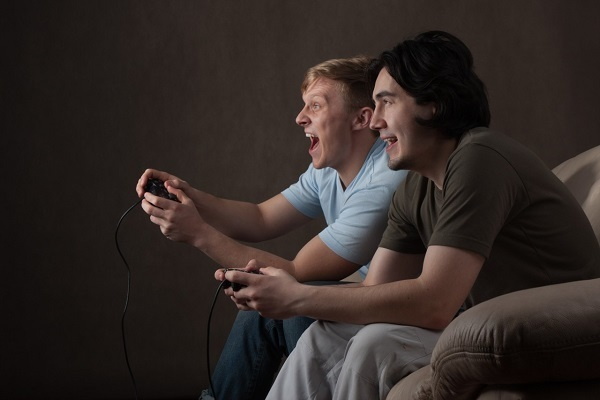 For a while now, Amazon's been quietly discounting select video games for its Prime members. Now, the mega-retailer is expanding those savings to a flat 20% off all titles in-cart, assuming you buy the a physical copy of the game from the preorder period through two weeks after release.

This Could Be the Best Way to Get a Preorder Discount

On its own, this 20% off deal is hardly reason enough to pay the $99 yearly fee for Amazon Prime. But if you're already a Prime member, then this is one more perk — and the best way to score a flat discount on brand-new games.

Getting a deal on preorders is not unheard of. We typically see $25 gift cards bundled with full-price ($60) games from Dell Home or Newegg. PC gamers have long been able to scrape as much 30% off digital preorders with coupons from sites such as Green Man Gaming. These codes are always subject to exceptions however, so there's no guarantee you'll score a discount on the game you want.

Until Amazon's offer went into effect, the only flat discount around came from Best Buy's Gamer's Club Unlocked program. By paying $30 for a 2-year membership, you get a flat 20% off new video game software ... sound familiar? But considering that Best Buy's program perks only apply to games and Prime perks apply to a whole lot more, we're thinking Amazon still has the edge.

There Are Some Drawbacks to Buying a Preorder

Members of the video game media have been highly critical of preorders, with many critics saying we should stop preording games altogether. With a slew of popular games like Arkham Knight being almost unplayable at the time of their release in recent years, no one can blame wary players for waiting out launch day now.

However, game memorabilia aficionados would do well to recall the lesson of the Fallout 4 Pip-Boy Edition when considering whether to take the plunge — the coveted piece of Bethesda merch sold out almost immediately when it went up for preorder last summer. As of this writing, the new Prime discount is applying to collector's edition games at Amazon. If you're a series fan that's worried about the limited stock of a deluxe set, that 20% discount could come in handy.

Bonus Material Will Still Differ From Store to Store

Speaking of special editions, preordering players should remember that the perks of buying a game early often vary by merchant. Whether it's alternate weapon packs, character skins, or even exclusive DLC, game studios are not above divvying up content among different sellers. Before you preorder a game from Amazon, be sure it has the goodies you want. (And don't forget, you can find video game deals anytime, preorder or not.)

Readers, are you excited about this latest Prime perk? Are you more or less likely to preorder video games from Amazon now? Share your thoughts in the comments below!