12 States Where Amazon Is at War Over Sales Tax 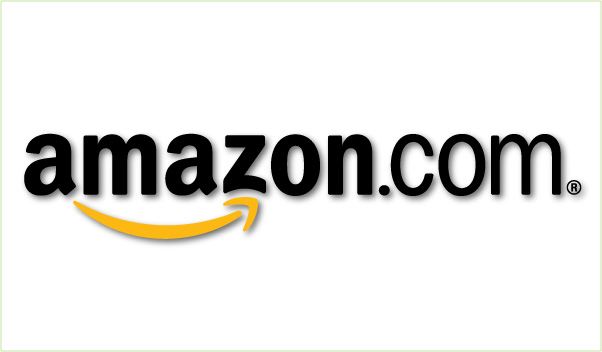 Anyone who's saved money with sales-tax-free purchases online should pay attention: All that may be coming to an end as states try to recoup revenue to fill gaping holes in their budgets. Amazon.com, as the largest Internet-only retailer, with $34 billion in revenue last year, is facing the brunt of this pressure and is fighting back with all of its might. But retailers like Overstock.com and Zappos will also be affected.

What's at stake? Nationally, online sales are growing by leaps and bounds: Independent research firm Forrester estimates $53 billion was spent online during the 2010 holiday season alone and projects consumers will spend roughly $248 billion online — or 8% of all retail sales — by 2014. That's a lot of lost tax revenue.

The issue of collecting sales tax from goods sold online is contentious, complicated and ongoing. Technically, everyone should be paying sales tax on Internet purchases. If a retailer doesn't charge it, law-abiding citizens are supposed to offer it up voluntarily. But few know this, and rarely do states go after individuals.

In 1992 the Supreme Court actually ruled that retailers don't have to collect sales tax unless they have a physical presence in that state. So if a local electronics store ships nationally, only its local customers will pay the sales tax. National chains, like Sears, must collect state sales tax for online orders from everyone, while online-only retailers like Amazon.com don't collect from anyone, with a few exceptions (Kansas, Kentucky, New York, North Dakota and Washington).

But a lot has changed since 1992, and now states are trying to force the issue, claiming a retailer like Amazon must collect sales tax simply because of a physical presence, any physical presence. Proponents of taxing these retailers say it gives an unfair advantage to one class of merchant, and the Main Street Fairness Act seeks to even out the playing field. But fairness isn't as good a motivator as money, and now that states are in the red, we can expect the issue to really heat up.

The battlefield currently has many fronts, and here's a run-down of where Amazon is in various regions:

One thing is for sure, states will continue trying to get their due. Shopping online is certain to get a whole lot more confusing — and expensive.

Laura Heller is a freelance writer based in Chicago who specializes in mass market retail trends and consumer electronics industries. You can follow her on Twitter @lfheller. You can also sign up for an email alert for all dealnews features.

B. Baker
I live in Texas and think this is stupid to be going after amazon. Like an above comment mentioned it would be worse to loose those jobs and have a bunch of pissed off people just to see a short term solution. I have been unemployed "kinda", I work as a substitute teacher and is as needed job, plus some other small jobs. Anyways sometimes money is tight and if I need something I order it from amazon. I have been for years though college and now after college. I could honestly say from their great prices and not having to pay taxes I have saved at least $750(buying college books cheap and tax free is AWESOME). I would need to figure out who votes for this thing and if it goes through make sure they wont get my vote the next go through.
Also instead of attacking amazon why don't they try to settle on some kind of a agreement. Amazon has all the power. They got the money and the jobs. Texas needs jobs and like every state money. Why not some kind of reduced tax rate. Really reduced....I wouldn't mind paying say 1%-2% sales tax of those orders. Its better then nothing and all those people get to keep their jobs. I dont know how many orders come from Texas but I imagine alot if they have a distribution center. Based on the $269mil. they are asking for and maybe an average 8% sales tax, they do $3.7billion is sales in Texas. So 2% would be $74mil. Obviously not close to the original but not bad for the trade offs, jobs and whatever those people use their paychecks for. So get back around 35-40%?!(just guessing).
Sorry I had alot to say and probably some things I missed. I have a big stake in the outcome and worried about it.

lloydj
Amazon just add sale tax to folk orders and be done with it.
March 15, 2011

rdejam
Finally, a reason to like our FL governor. He's a business man and totally pro-business. He'd sell his own mother before he'd penalize a corporation. Amazon and it's ilk are safe here.
March 15, 2011

akamepeace
Politicians are so stupid...they're certainly not business people as they cannot visualize what would happen in the future as they enact this type of ridiculous law..What's important for them, the short term result..Amazon can certainly drop the affiliates and reduce their distribution centers...At the end, Amazon wins as they could reduce cost and states lose as they lost jobs->higher unemployment->less income taxes->less buying power
March 15, 2011

jbrsci
This is ridiculous. It is not a state's right to use tax law as a wand to enforce "fair" capital business by gleaning tax revenue from a non-traditional business model like Amazon. What's stopping all the brick-and-mortar companies like Sears from going totally online? It's true, Amazon will sacrifice jobs to keep its costs down if states continue with this, and more than likely the net change for each state will still be a loss, as local distribution drops out alongside the closing affiliate stores.

Just because a state government can't balance its budget doesn't mean it can or should go demanding that an INCORPORATED BUSINESS like Amazon bail it out of debt. There are other tax and revenue methods available. These are heated and reactionary moves, not wise ones.
March 15, 2011

mastercolin
I can't tell you how much I hate Quinn for this. Such a stupid move. IL will lose jobs and lose money.
March 15, 2011