In its latest price dispute, Amazon squeezes Hachette from its online store, creating delays of up to five weeks on shipment of Hachette books.
BY:
LOUIS RAMIREZ
DealNews Contributing Writer 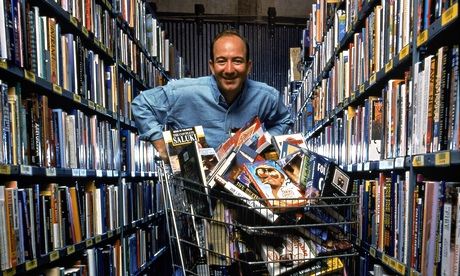 Amazon has been known to play hardball when it comes to contract negotiations, and Hachette is the latest publishing house to feel its fury.The New York Times reports that Amazon has abruptly stopped taking orders for upcoming Hachette books, sometimes delaying shipment by as much as five weeks. In some instances, the online retailer has gone so far as recommending customers purchase other books, rather than those from Hachette.

According to the article, Amazon has also removed promotional material for Hachette books so consumers can no longer preview them. Likewise, some consumers have found only the audio edition of certain Hachette books, excluding both the physical and Kindle copies. Among the Hachette books being allegedly blocked is famed author J.K. Rowling's new novel, The Silkworm (authored under the pen name of Robert Galbraith).

The dispute, which leaves authors caught in the middle, boils down to control. Amazon, which analysts estimate accounts for half of all book sales, wants Hachette to offer them a bigger discount, thus giving the online retailer more control over how it prices Hachette books. Hachette, on the other hand, isn't willing to give up control and see its books priced at a more uniform price of $9.99. However, should Amazon win, the savings would be passed on to consumers who would then see cheaper pricing on Hachette books.

This isn't the first time Amazon has played hardball with a publisher, and chances are it won't be the last. But as consumers, do you think this a childish move on Amazon's behalf or is Hachette getting what it deserves? Let us know in the comments below.

netdude
Did any of you actually read the article? Or did you just miss the most important and least emphasized piece of information?

"should Amazon win, the savings would be passed on to consumers who would then see cheaper pricing on Hachette books"

As a consumer, I want to pay the lowest price possible for the things I buy, so I don't see how amazon fighting to get a lower price for me, the consumer, is a bad thing. I only wish more companies would do the same. And yes, this business tactic gives Amazon a greater market share of the consumer market but that's only because smart consumers who want to stretch their budget will buy from the retailer who offers the best deal and Amazon obviously wants to be that retailer and goes the extra mile to be it.

If you want to be mad at a company, try Apple who was busted for price fixing ebook prices for greater profit at the expense of us, the consumers.

So if you don't like what Amazon is doing and would rather pay more, then don't use Amazon

jcauthorn
What a great opportunity for Competitors! Please step up now and take advantage of this negative of Amazon and be competitive! It's a great way to steal market share and good will and gain a solid foothold.
I love buying from Amazon, but it's well past time we have some serious competition to them - a free market works best when there is real competition.
Make it like the Visa vs American Express competition - you can get it here, but not from Amazon!
May 24, 2014

ullh82w8
Its an opportunity for the publisher to get into distributing, or they can allow someone else do it for them. It's called business. Amazon is set up for it, they aren't. You always pay, one way or another. BUSINESS!
May 24, 2014

boidsonly
Amazon is doing exactly what the ISPs are doing to Netflix/others. Welcome to America...
May 24, 2014

tradderjohn
why are we just reposting another article
http://mashable.com/...azon-hachettes-books-op-ed/
May 24, 2014

budman2
Seems like par for the course for skamazon.
They middleman 99.9% of their sales so why not do a little research and get the item cheaper from the original reseller and avoid the greedy giant period.Obviously the original reseller would like to avoid skamazons outrageous fees.
May 23, 2014

Prime members get this for the best price we could find by $2. Buy Now at Amazon

Discounts up to 78% on clothing and outdoor gear. Plus, members can apply code "ANNIV22" to save an extra 20% off select items. Shop Now at REI

That's the best price we found in any color elsewhere by $9. Buy Now at Amazon