After Target's 'Epic Retail Fail,' Is It Clearance Time for the Collaboration Craze?

Think back to a few years ago to when collaborations between big designers and powerful retailers were still all the rage with shoppers. Now, check out the store shelves at your local Target — where even an astounding clearance sale can't flush out Neiman Marcus-themed merchandise fast enough — and the question arises: Is the collaboration craze over?

It's true that 2013 will not be the end of collaborations, with Duro Olowu by JCPenney, Milly by Banana Republic, and Derek Lam by Kohl's all slated to hit store shelves in the coming months. However, Forbes contributor Blue Carreon points out in a recent post that all may not be well in the world of designer collaborations, as H&M and Target miscalculated this past holiday season by betting heavily on a collaboration gold rush.

H&M was the first to feel the blow of lackluster clothing sales when it released the Maison Martin Margiela for H&M collection on November 15. "By Christmas, there was still merchandise left on the floor," Carreon wrote for Forbes. "This was unusual because H&M designer collaborations often sell out in the first few hours."

The failure of that H&M collection to ignite shopper interest takes on a broader context when you look at what's happening at Target. The Minneapolis-based retailer debuted a 50-piece collection of clothing and household accessories on December 1, with both Target and Neiman Marcus carrying the items in their respective stores.

The collection was dressed to thrill, with contributions from Jason Wu, Marc Jacobs, and Oscar de la Renta. What's more, it was hotly anticipated as early as July, when the Huffington Post gushed about the collaboration being a potential doorbuster: "Both Neiman Marcus and Target have strong followings and, in this era of high-low dressing, there are surely overlap customers."

Yet by mid-December, the only evidence of overlap came from unsold goods piling on up top of each other. dealnews posted the first sale for the collection on December 20 — just three weeks after it debuted — for a full 50% off. Since it was such a substantial initial discount, we marked it as an Editors' Choice deal. It appeared then that Target was attempting to catch some last-minute holiday traffic. But by January 2 prices had fallen yet again and this time to 70% off, where the Neiman Marcus for Target Collection sale currently stands. 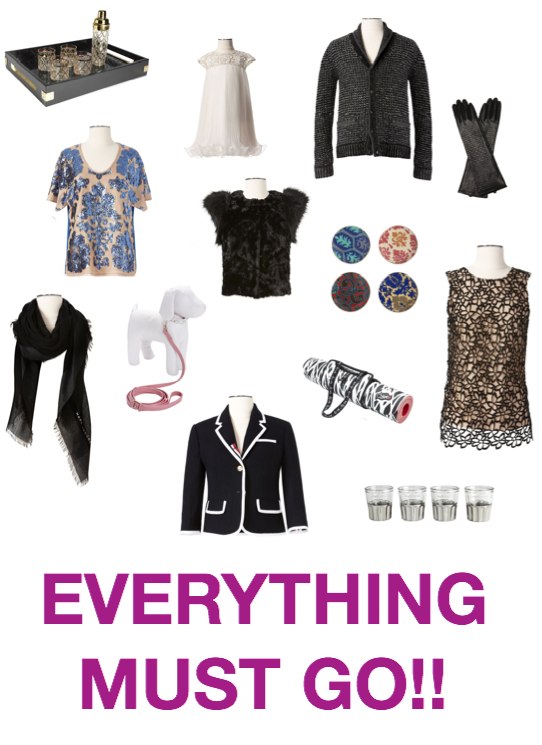 If the Neiman Marcus for Target Collection was so hyped up by the press, then why did it fall flat in such stunning fashion? Some experts believe that designer collaborations have reached a saturation point in which retailers can no longer drum up excitement from customers. Some also blame the size of the collection, high initial price points, and a potentially poor fit between the brands.

Moreover, once the clothing line actually debuted, the public reception was not full of enthusiasm. TIME Magazine called the mashup "an epic retail fail", and they quoted one vitriolic blogger, Tayler Bartman of WellTaylered.com, who labeled the collection a "hideous display." "Just because you have to use cheaper materials, doesn't mean I need to look like I got lost in a thrift store in an array of bipolar time periods," she wrote. Unfortunately for Target, disappointed reviews like this seem to have led to underwhelming sales.

So now, we throw the crucial question out to dealnews readers: Are you over the collaboration craze? What do they need to grab your attention? Do prices need to be extremely cheap, or do you need more reassurance that a store like Target isn't dumbing down the quality (and street cred) of a posh designer? Sound off in the comments below.