7 Ways eBay Has Changed How We Shop 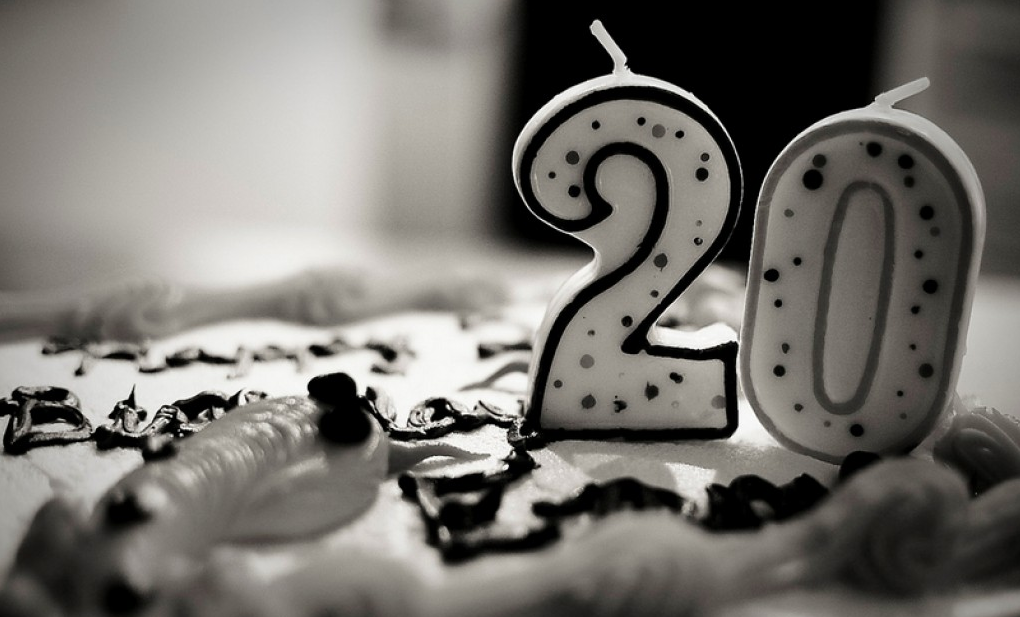 Online auction giant eBay celebrated its 20th birthday this month. It's a big milestone for any company, especially an Internet-based one, but eBay isn't a stranger to milestones. From ground breaking innovations to quirky successes, the Internet giant has been in the thick of it since 1995.

From its humble beginnings as AuctionWeb, developed by then relatively unknown software developer Pierre Omidyar, to the Internet retail superstar with 157 million active buyers, eBay has helped shape the consumer world. These are some of the company's biggest — and strangest — legacies.

Online peer-to-peer buying is huge. Sites like Etsy connect independent artists with buyers all over the world. Hundreds of small time retailers boost profits through Amazon. You can even donate to charity, or help out a family member through sites like GoFundMe.

It's big business now, but in the 90s buyers were firing up their dial-up Internet to bid on rare Beanie Babies through the company that made the peer-to-peer industry huge.

Now we can order almost anything in one click with our smartphones, but it wasn't always that way. When online shopping was first getting off the ground, many retailers didn't even have integrated carts. Instead, every time you wanted to buy something, you were sent to a third-party merchant, where you entered in all of your information and waited.

It wasn't an easy or secure way to pay, but eBay helped launch paying online 2.0 first by trying to develop their own payment system, and then by acquiring PayPal in 2002.

Before online auction and selling sites, there were few ways anyone could make a bit of extra cash here and there. But the popularity and ease of eBay helped many people make a lot of extra cash — even millions.

Chris and Lisa Rush made an estimated $8 million in 2006 selling audio and stereo equipment, according to Entrepreneur. Dan Glasure brought in $2.5 million selling model trains and accessories. And Mark and Robin LeVine hit the million mark selling Bubble Wrap, according to The Huffington Post.

Whether its underpants for your hands or inflatable toast, if it's quirky, someone is going to buy it. And eBay is the reigning king of quirky sales. In 2004, a casino paid $65,000 for a walking cane. The cane owner's son believed it was haunted by his grandfather. Then in 2008 two sisters from Virginia sold a cornflake in the shape of Illinois for $1,350.

Mobile retail wasn't invented by eBay, but the company's success in the field helped legitimize the idea for consumers, investors, and even businesses. The company also proved it was still a retail powerhouse.

Back in 2009, eBay had hit a slump. The company's stock was barely more than $10, an 80% drop from its peak, according to The New York Times. But mobile shopping changed that.

After eBay went mobile, sales jumped. More than 90 million users downloaded the mobile app, and in one quarter, 600,000 users made their first mobile purchase, according to eBay's then-CEO John Donahoe.

Many online retailers have tried to reinvent themselves with varied success, but eBay proved that any company, even overnight successes, can roll with the times.

While eBay started as a traditional auction model, consumers grew impatient with the auction times. As online shopping became more common, and competitors like Amazon started offering faster shipping times, consumers wanted a faster shopping experience and eBay provided it. "Buy it Now" replaced most traditional auctions. By 2010, "Buy it Now" sales accounted for 59% of eBay's business, according to Mashable.

Ahead of the Game in Transparency

In 2012, eBay's corporate blogger Richard Brewer-Hay was the first to live-tweet a company's quarterly earnings call, according to Mashable. Today, companies live-tweet or stream practically anything in an effort to seem more transparent to their customers.

All told, eBay has had a record breaking-tenure on the Internet landscape, but we're betting we'll be celebrating its 40th birthday as well. After all, according to Time, at any given time there are an average of 800 million listings on the site — and that certainly isn't a sign the giant is ready to slow down.

VIEW ALL
Blog · Morning Jolt · 12 hrs ago
5 Deals You Need to Know Today: Discounted Outdoor Power & Lawn Equipment at Amazon
Amazon has five lawn and outdoor power tools discounted for your purchasing convenience. Check out this offer and more in our roundup of the five best deals we found over the last 24 hours.
Blog · Buying Guides · 3 days ago
What's the Best Time to Buy Big-Ticket Items?
Savvy shoppers are always on the lookout for a great deal, and to help you out, we've put together guides on the best times to buy big-ticket items.
Blog · Buying Guides · 4 days ago
Ask an Expert: When Can I Expect a Price Drop on the TV I Want?
Do you have a question for us experts here at DealNews? If so, submit it and we might just answer it in a future column! Until then, check out our first column, which offers advice to a cost-conscious TV shopper.
Blog · Buying Guides · 5 days ago
59 LGBTQ-Owned Businesses You Can Support This Year
June is Pride Month, so if you're looking for a spate of LGBTQ-owned businesses to support with your wallet, we've got you covered! Check out our guide for 59 shops to check out now, as well as tips on how to find more.