11 Flippable Yard Sale Items to Look for This Summer

One man's trash is another man's treasure! Here are some highly valuable items you might find for cheap at a garage sale, from video games to VHS tapes.
BY:
MATT DRACULA
DealNews Contributing Writer

Here at DealNews, we've discussed how to become an eBay Power Seller, and looked at some great products that resell for a huge profit. But what about all those upcoming summer yard sales? Surely they're full of gems that you can resell for a profit!

To help you sort through the junk, I'm going to give you 11 specific examples of things that you're likely to stumble upon. I've personally found around half of these items at yard sales, but all 11 are possible if you're lucky enough. They're all things that would be sold for peanuts, but you'd be able to "flip" them on eBay for massive profits.

Yes, there are a lot of lists like this floating around, but my issue with many of them is that you'd never find the featured items at a yard sale. (Sure, still-boxed Transformers toys from 1984 can fetch hundreds of dollars, but are you really going to find them on someone's lawn?)

By contrast, this list sticks with things that are actually possible to find. Not probable — I didn't say this would be easy! — but possible. If you plan to hit any yard sales in the coming weeks, keep your eyes peeled! 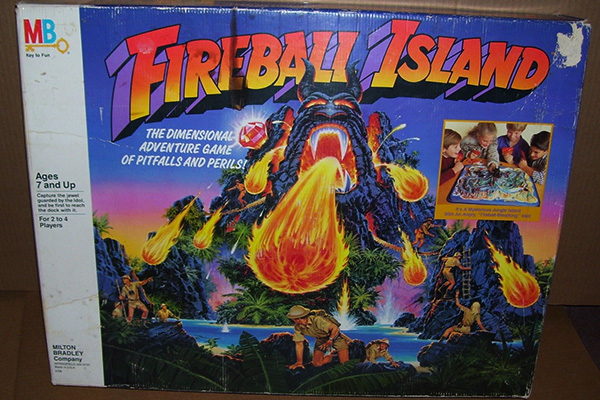 Sort of a cross between a board game and an action figure playset, fans are still rabid for 1986's Fireball Island. The game comes in a huge box and has many potentially-missing pieces, but since even incomplete versions still fetch wads of dough, you'll definitely want to pick this baby up. 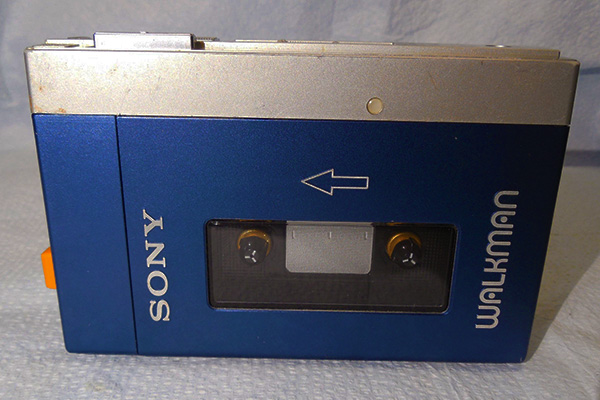 Made famous by its appearance in Guardians of the Galaxy, the Sony Walkman TPS-L2 model is easily identified by its unusual blue color. The renewed interest (and absurdly high eBay prices) won't last forever, but given the likelihood that any Walkman found at a yard sale won't cost more than a few bucks, this is a must-buy if you find one. 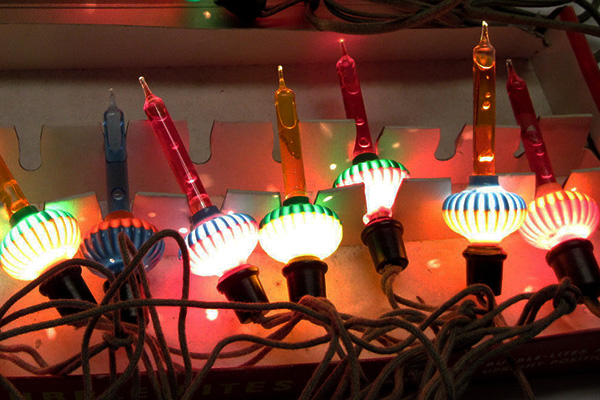 There's plenty of money in vintage Christmas decorations — but you'll first need to evaluate what sells and what doesn't, as there are countless items on both ends of the spectrum. For starters, though, keep an eye out for vintage Noma "bubble lights." Certain sets go for hundreds of dollars, but even the cheaper ones are worth far more than whatever you'll pay at a yard sale. 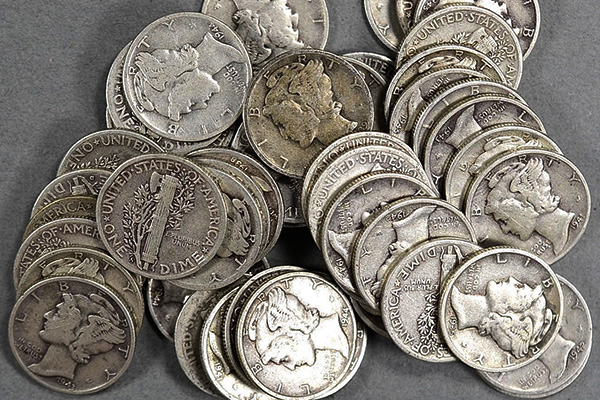 The general line on Mercury dimes is that they're worth a dollar or more a piece, irrespective of their condition or age. (Of course, some are worth far more than that!) Though Mercury dimes went out of production in 1945, it's not unheard of to find rolls of them at today's yard sales. Since each of those rolls contains 50 dimes, they're worth $50-$75 at minimum! 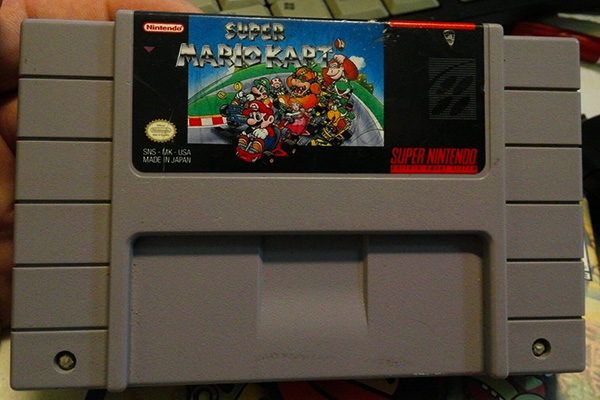 It's still possible to find old video games for a dollar or two at yard sales, and if you know what sells, you can profit big. For instance, used Super Mario Kart cartridges — a Super Nintendo game from 1992 — routinely go for around $25, despite the fact that there are tons of them on eBay. (Best of all, items like this are super easy to list and ship!) 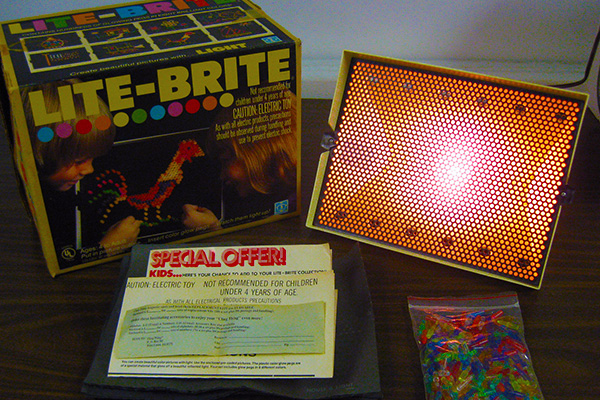 The traditional Lite-Brite seems to be out of production right now, causing its value to skyrocket. This is good news for you, because they're still easy to find at yard sales! The value wavers depending on the particular set's condition and age, but they're always a safe bet for eBay newbies. (Just be sure to test yours before selling it. The people who buy Lite-Brites usually plan to use them!) 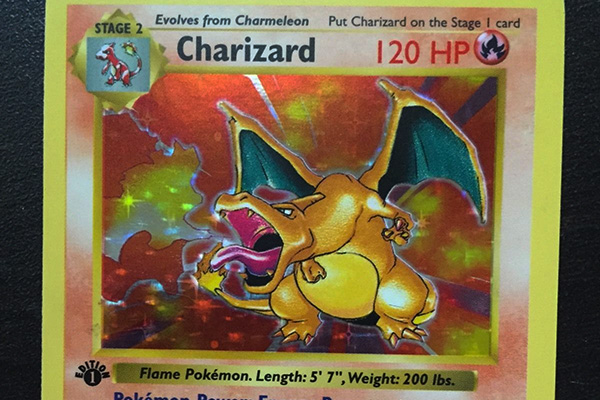 You'll find old Pokemon cards at many yard sales. The majority of them are worthless, but if you're really lucky, you might strike it rich. This rare holographic Charizard card with a shadowless border can fetch thousands of dollars in the right condition, and though cards like this are incredibly hard to find at yard sales, it's not out of the question. (After all, many kids gave up on Pokemon before these cards became so high-priced, so not every seller is aware of their values!) 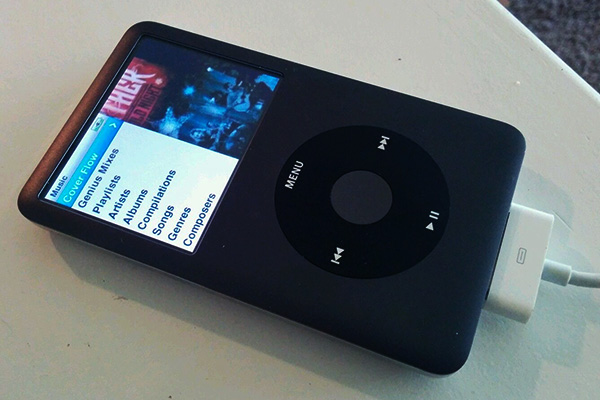 Value: Up to several hundred dollars, model depending

Since we're always upgrading our gadgets, it's certainly within the realm of possibility to find old Apple iPods at yard sales. If the seller isn't asking for much, they're always worth picking up. A handful of models, whether due to their collectability or their massive storage space, can fetch close to their original retail prices on eBay — and sometimes more — even in used condition! 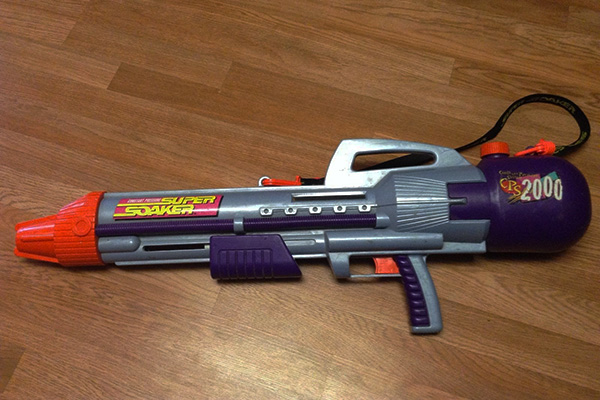 You should always be on the lookout for old Super Soakers! A great many of them sell for small fortunes on eBay, including this Super Soaker CPS 2000, which despite its name was released in 1996. If you're lucky enough to find one, the seller probably won't want more than a few bucks. Not bad for something that routinely sells for over $150 on eBay! 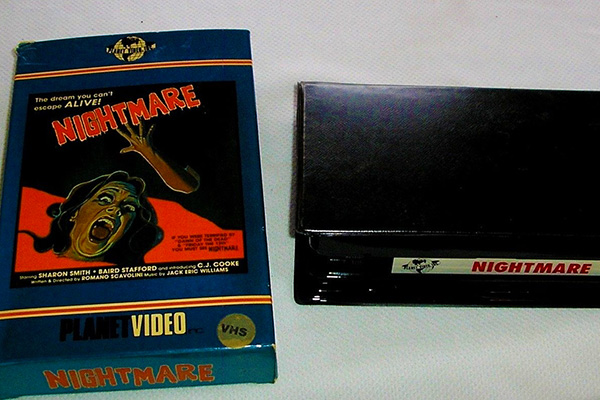 VHS tape collecting has become a big thing, and if you really know the market, you can flip yard sale finds for huge profits. Old and rare horror videos are a category of particular interest. You're not too likely to find a copy of Nightmare on someone's lawn, but if you do, expect to turn one dollar into several hundred of them. (Word of warning, though: Most videocassettes are worth no more than what you'll pay for them.) 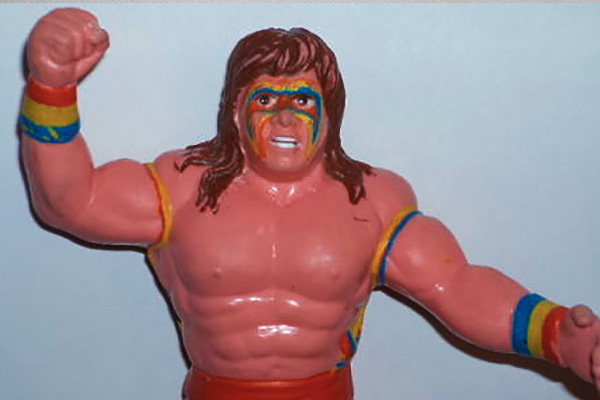 Even the rattiest old action figure can be worth a bundle, and there are literally thousands of valuable figures that you might find at yard sales. For starters, if you're lucky enough to spot this Ultimate Warrior figure — made as part of LJN's WWF Superstars collection in 1989 — grab it! No matter the condition, you'll get at least a hundred bucks for your trouble.

What have been some of your best yard sale finds? Swap stories in the comments!

ablang
I find it hard to believe you can buy rolls of Mercury dimes.
June 13, 2015

The Oracle (DealNews)
@tjzeke - You should be seeing a box with images to scroll through, like this: http://screencast.com/t/KxeUAqqKo

tjzeke
I loaded the page and something is missing. There is no list. Reloaded the page, still no list. Some sort of error is occurring. This must be something new because others have made comments about the list.
June 12, 2015

Jeff Somogyi (DealNews)
I've so often been on the reverse side of the equation - selling my stuff, undervalued. Flippers have probably made a mint off my early yard sales.
June 11, 2015

Lindsay Sakraida (DealNews)
Not exactly a yard sale, but related: I'll never forget the day I found a real Louis Vuitton bag at a thrift shop. And it's a limited edition design too to boot, in awesome condition!
June 11, 2015