When it comes to buying cheap PC games, the merchant is everything. If you want to support developers (and keep your titles), here's where you should shop.
BY:
MICHAEL BONEBRIGHT
Former Senior Blog Editor 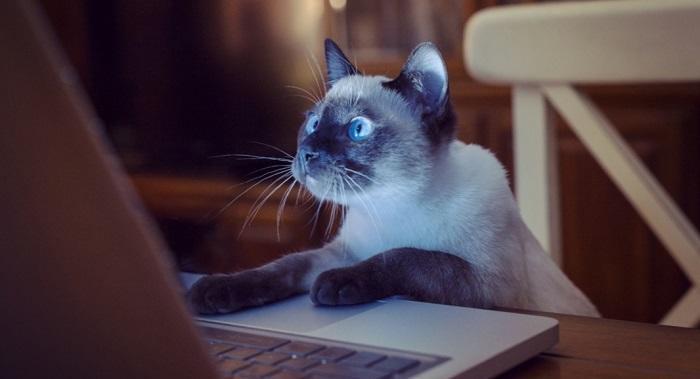 Video game keys are those magical little codes that unlock purchased titles on clients like Steam, Origin, and Uplay. Until you plug one into a client, you can theoretically do whatever you want with it — give it away to a friend, sell it to a stranger, or even sit on it and forget you even own the game.

The tradeable nature of game keys makes them easy to distribute, and easy to exploit. We're taking a hard look at all the ways you can buy keys, from the aboveboard to the pretty unethical. Do you have to trade your morals away to get a great deal on a PC game? Nope! Read on to see why.

The Gray Market Can Cost You Your Games

Last year, Ubisoft raised eyebrows when it "revoked the game keys of an unknown number of Uplay members," according to Polygon. "Their action effectively removed games from user accounts, blocking them from being launched remotely."

According to the report, many of the game keys in question had been bought from Kinguin and G2A, two sites that maintain key resale marketplaces. Much like an ebay for game keys, sites like these only host the sales — third-party merchants do the selling, leaving buyers vulnerable in situations like the one described above. Ubisoft had determined these keys were bought with stolen credit card numbers, so it revoked the keys. While some games were eventually restored to player accounts, this story (and others like it) shine a light on the shady nature of gray market key sales.

Developers Depend on Ethical Key Sales

Buying game keys doesn't just hurt players; it can be devastating for independent game developers, who often depend on key sales and giveaways to generate buzz about lesser-known titles. To find out more, we spoke to Justin Sacks, the CEO of Chrono.gg, a just-launched daily deal site for Steam keys that works directly with publishers.

According to Sacks at Chrono.gg, the resale market for game keys makes it hard for independent developers to understand their audience, because they don't know who ends up with the game.

Sacks gave the example of someone who buys a game key for $5, and then re-sells it for $8: "The issue with that is the developer sees a percentage of that sale for $5, and they never see anything after that. And that doesn't sound incredibly terrible, except that it means they also don't know where their user base is coming from, where their fan base is coming from; they don't know how to support those people."

According to Sacks, independent teams as small as two to 10 people can labor for up to three years on a single game. As such, these teams care very deeply about where and how their games are being sold. "Every single publisher and developer — especially the indies — it matters to them because they have worked so hard, and there are so few people working so hard on this one game," said Sacks.

There Are Lots of Ways to Score Cheap Games

Buying keys from a website that has a direct relationship with publishers is well, key, according to Sacks. "When a developer chooses to do that sale with [sites like] Humble Bundle, they do it knowing exactly where all that money goes."

So how can you tell if a merchant is on the up and up? The simplest solution is buy directly from the clients themselves. But if you're looking for the best deals, then you've got to shop around. Larger sites like Amazon and Green Man Gaming all have regular sales on AAA titles. GOG offers a DRM-free client, if that's your jam. Humble Bundle has grab-bags of indie and offbeat games, with a special pricing model that lets you donate to charity. Chrono.gg offers a single low-priced title every 24 hours. And as always, you can count on DealNews to keep you updated on the latest discounts on all kinds of games.

Readers, do you care where your game keys come from? Is it more important to support developers, or to get the absolute lowest price possible? Can you have it both ways? Share your thoughts in the comments below!

DealRunner1337
I've bought STEAM keys from both G2A and Cdkeys. My preferred website to buy game keys on any platform is cdkeys, they have indefinitely earned my trust, and their price point is spot on with new games being significantly cheaper in most cases.

I haven't had any problems with G2A but I can understand the potential for problems, it is like you said, an ebay for keys. The most recent game I bought from G2A was Mad Max STEAM edition and it works perfectly, paid about $18 for it right when it came out. However if you do find yourself wanting to purchase from G2A, I'd say always get their little protection plan with your purchase.

Cdkeys is legit and professional. The last games I bought from them was Fallout 4 pre-order ($40) and Just Cause 3 pre-order ($25) for STEAM, I got both keys when the games released and added them both to my STEAM account. I've played both games, still have both, and I've had no problems. Cdkeys would make it right if you had an issue, G2A might not.

RudeVader
What Bash said, same experience. I avoid G2A now no matter how good the deal may be.
March 8, 2016

Bash
I've purchased a few games from Cdkeys.com and never had a problem. They sell (mostly) Steam keys direct from the source.

Sites like G2A.com are a bit more shady, where keys are sold by users. The one time I tried that site, the seller sent me an already used Steam key, followed by two more used keys before he refunded my money.
March 8, 2016

gmfco311
How about digital game keys for consoles like XBox One
& PS4? I always see deals for XBL & PS+ codes as well from the same company.