Do You Own Vibram FiveFinger Shoes? You May Be Entitled to a Refund

After settling a lawsuit that claims it misled customers, Vibram will no longer be able to claim health benefits for its shoes.
BY:
JESSICA HULETT
DealNews Contributing Writer 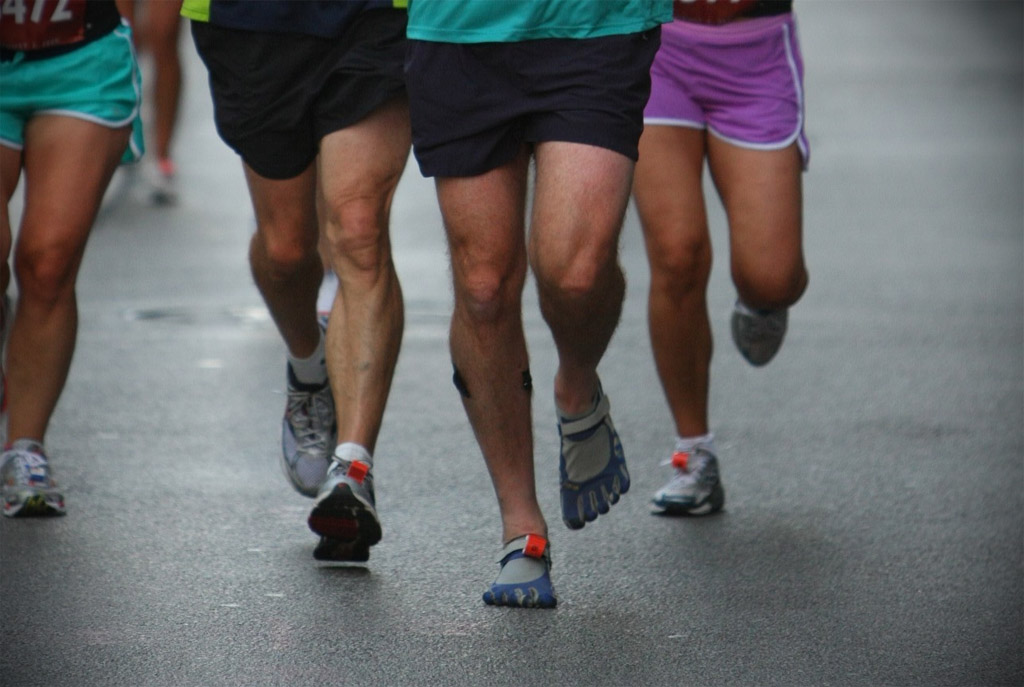 If you've been skeptical about the health benefits of the barefoot running trend, prepare to be vindicated… or even compensated. Vibram USA, the company that makes the FiveFingers running shoe with individual toes, just settled a multi-million dollar class-action lawsuit. If you own a pair, you may be entitled to some cash.

In March 2012, Florida resident Valerie Bezdek filed the suit, stating that Vibram's claims that the shoes reduced the risk of foot injury and strengthened foot and leg muscles amounted to false advertising.

Further, she alleged that Vibram profited by deliberately misleading customers about the health benefits of the shoes, inciting them to pay more for the product — which can cost as much as $150 per pair — than they would have for other brands.

The Settlement, and How to File a Claim for a Refund

The terms of the settlement are twofold. First, Vibram has to pay out $3.75 million to customers who purchased Vibram FiveFingers after March 21, 2009. These customers will have to file a claim to receive the refund, and can submit for up to two pairs of shoes. The max refund is $94, though most claimants can expect to receive $20 to $50 per pair.

The second part of the settlement prohibits Vibram from making any claims about the health benefits of its footwear without scientific evidence to back them up. They're also required to notify the public about the lawsuit through a dedicated website and banner ads. Information on filing a claim will be available at http://www.fivefingerssettlement.com/ once the site is live.

One thing Vibram doesn't have to do, however, is admit that they misled customers. In fact, the court brief reads, "Vibram expressly denied and continues to deny any wrongdoing alleged in the Actions, and neither admits nor concedes any actual or potential fault, wrongdoing or liability."

Was Vibram at Fault?

Vibram FiveFingers running shoes have serious devotees, and anecdotal evidence suggests that many wearers claim the shoes do have benefits over traditional running shoes. (We even gave them a positive review on this site in 2011.)

The science is fuzzy, though. Studies done in the past year found that minimalist shoes like FiveFingers might offer no benefit at all, or do more harm than good. This contradicts earlier studies that found that barefoot running is beneficial, but only if you do it properly. The studies' sample sizes were too small to definitively end the debate, and likely, for Vibram to win in court.

A look back at similar class action lawsuits against footwear brands suggests that in cases like these, the odds are not often in the company's favor. In 2011, Reebok International had to pay $25 million to customers who purchased EasyTone and RunTone Shoes, believing they provided tone and strength to leg and buttock muscles. Skechers USA got hit even harder in 2012, having to fork over $40 million for their advertising of Shape-ups, which contained claims of more weight loss and better cardiovascular health than other brands. And FitFlop USA recently settled for $1.325 million over claims that its products improved posture, increased muscle toning, and reduced joint strain in wearers.

Do you think Vibram should have to pay up, readers? And how much responsibility do brands have to their consumers when it comes to truth in advertising? Let us know in the comments.

just me
I have no idea what internal injuries it's causing but while I run in them, feels great - I am more aware of my footing as well as my legs - getting a better workout. Yes, you need to get used to it and no, it's not for everyone. I bought it not because of a marketing hype, but because I needed something different - it delivered. I personally think this is just another scenario of lawyers getting rich vs. some altruistic endeavor looking out for the public.
May 10, 2014

BBS_Deal
Sue the suer, never had knee pain while running with my vibrams. I tried mizuno & saucony before they didn't help, its all about anatomy not tag of the company.
May 10, 2014

BBS_Deal
Sue the suer, never had knee pain while running with my vibrams. I tried mizuno & saucony before they didn't help, its all about anatomy not claims.
May 10, 2014

AlexThunder
Love my Vibram shoes. Haven't found any evidence in these "researches" proving I should avoid them.
May 10, 2014

tchelen
The "vote" is a a little confusing. The question was "will you continue to wear vibrams despite the suit", to which I answered Yes!, then when you answer, the question disappears and another question above reads, "do you think Vibram should have to pay up"...to that I would answer "no" !
May 10, 2014

dealnewsgrub
1> Amazing how difficult it is for me to find shoes that work, especially if they have separate toe slots. I tried many pairs of Vibram Five Fingers before I could say that each toe/foot was happy. But, in the end, they were. I recommend them to any and all who are willing to put in the time to get them to fit correctly.

2> Whether I think Vibram should pay up or not is irrelevant. They have to, so...

grumpy
Can I get some money for that vibrating fork that will help me eat slower & less food?
May 9, 2014

Clip the coupon on the product page and apply coupon code "50FTYNFC" for a savings of $90. Buy Now at Amazon

Apply coupon code "JOEJUNE25" to save $8 over other stores. Buy Now at eBay