7 As Seen On TV Products That Are Actually Worth Buying

Infomercial products don't often look great after that 3 am impulse buy. But a few of these kitchen, automotive, and household items really are useful.
BY:
PAUL SISOLAK
DealNews Contributing Writer

Gimmicky infomercials and the cheap products they peddle have been around since the advent of modern TV. They're so ubiquitous to late-night programming that the fact they're still on the air seems like a gimmick unto itself.

However, some of these products actually do work as advertised and are worth the money you spend, which is often under $20. So the next time you're up late on another tube-watching binge, consider springing for one of these As Seen On TV products.

$19.99 with free shipping via Prime at Amazon

Hook these adjustable orange straps around your shoulders, and you'll actually be able to hold up your end when lifting that 700-lb. piece of furniture. Remarkably, Forearm Forklifts work quite well if you're moving heavy items, since they use leverage to make the load you're carrying much lighter. This product looks like a gimmick, but Consumer Reports gave their seal of approval, saying it indeed holds up (no pun intended) in making bulky items easier to carry. 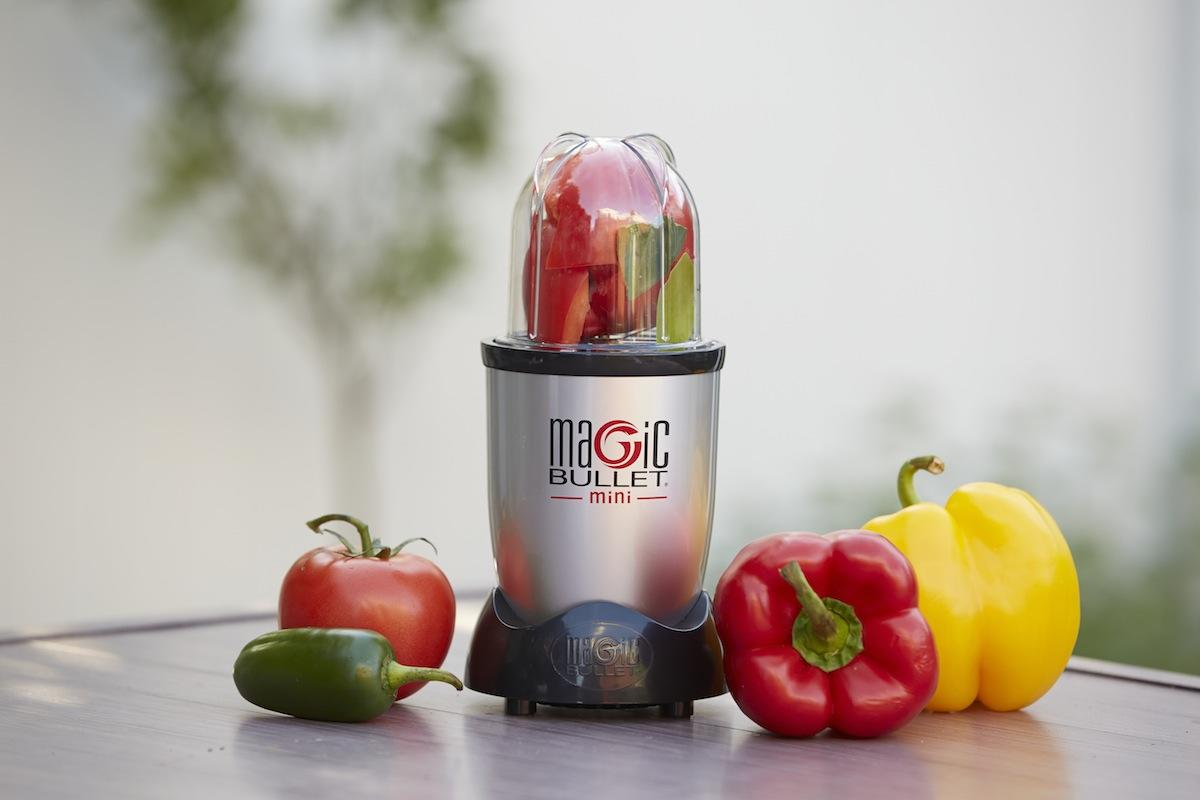 From $39.99 with free shipping at Target

Though slightly expensive by TV product standards, the Magic Bullet blender is, by most accounts, worth the cost. Its (in)famous infomercial says the Magic Bullet can allegedly blend anything in less than 10 seconds, so the perfect milkshake, mixed drink, party dip, or smoothie could be yours in a fraction of the time other blenders take. It's also easily cleaned and comes with a number of extra parts. That makes this purchase a bit more premium than its As Seen On TV presence may connote. 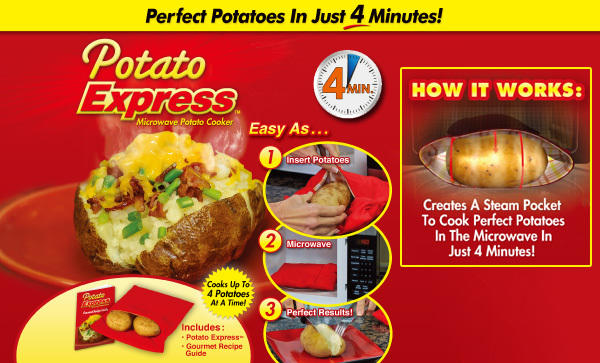 The Potato Express is basically a potato-shaped bag made of polyester and carbon that allows quick nuking of your favorite russet variety without it coming out of the microwave dry and chewy — just as if you'd baked it the slow way. Buyers rate it highly because, well, it works. The bundle is more than a one-trick gimmick, since it comes with a recipe book for preparing all sorts of dishes and salads for the most ardent potato heads. 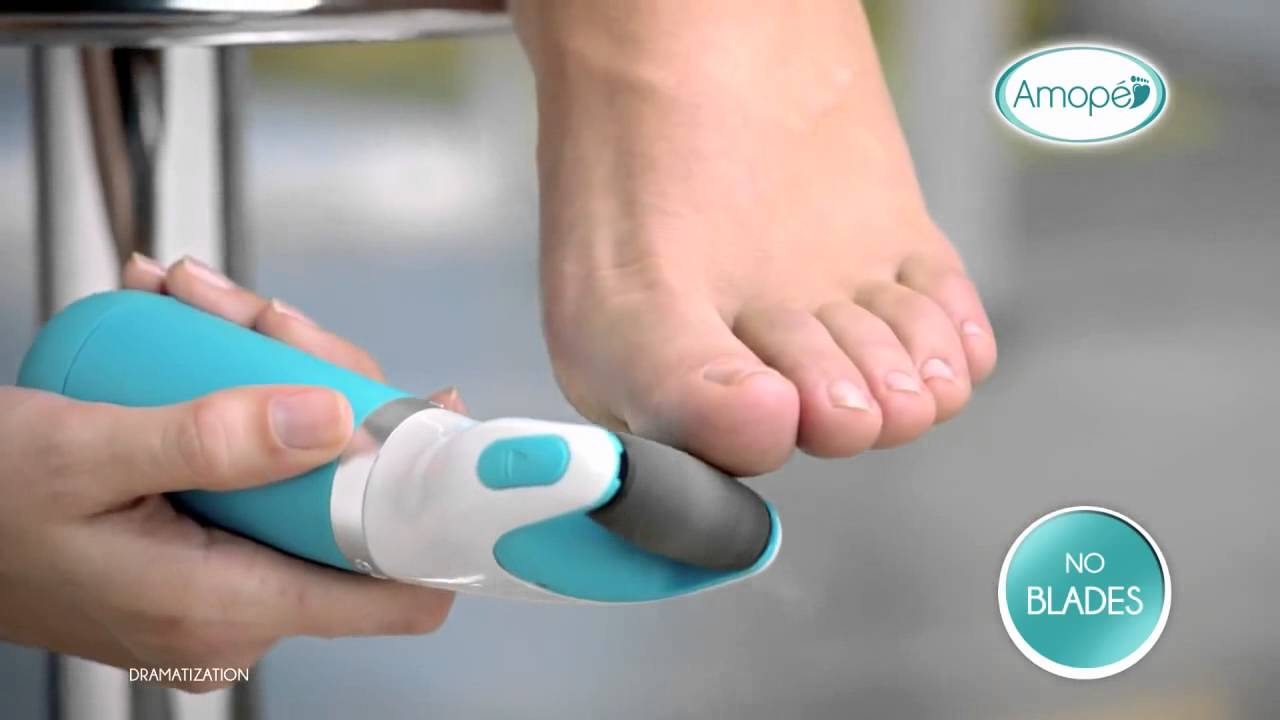 $29.99 with free shipping via Prime at Amazon

Some products, like the OxiClean range, become so popular that they manage to elevate themselves out of the infomercial doldrums and into the mass market spotlight. The Amope Electronic Foot File seems to be one of those products, a battery-powered pedicure wand that's gotten rave reviews online (more than 9,200 and counting on Amazon). Chalk it up to marketing, effectiveness, or both, but some products get taken seriously by consumers. 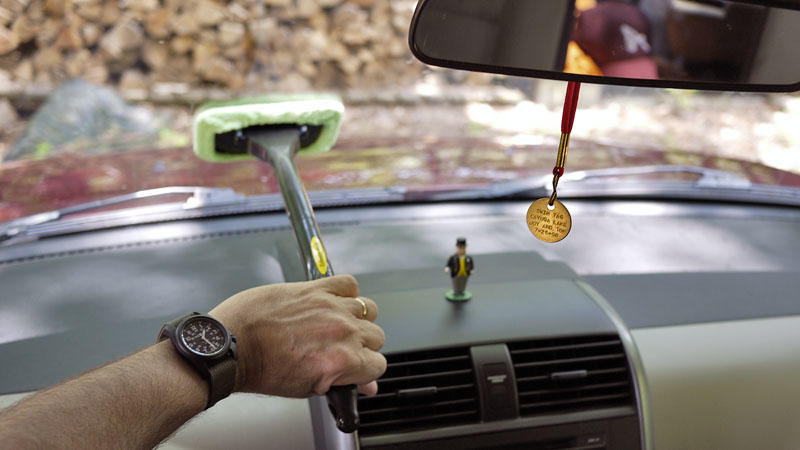 If your dashboard slopes down at too far an angle, it's likely that part of your windshield just never gets clean when you're washing the interior. The Windshield Wonder isn't as wondrous as it may seem (since so many similar products can be found on the market), but at under $10 this wand extends to those hard-to-reach places and keeps your car glass clean.

SEE ALSO: How to Prepare Your Car for Winter (And Prevent an Auto Disaster) 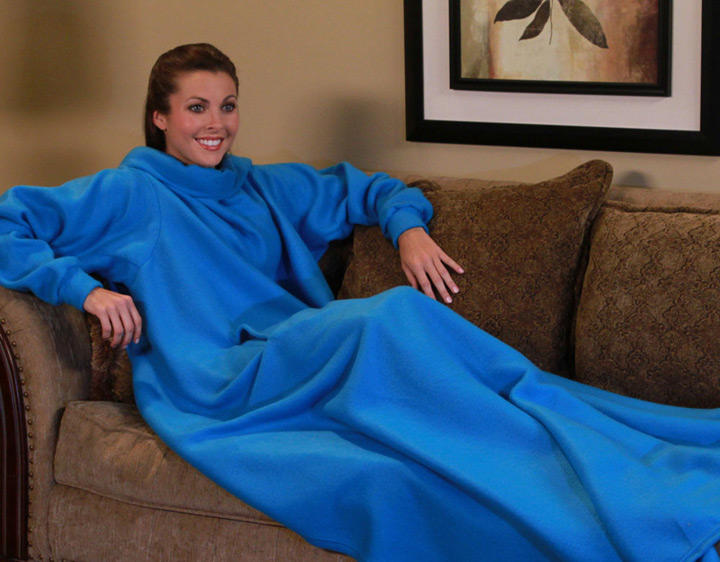 Is it a blanket? A nightgown? Some kind of ritualistic robe? The Snuggie looks to be a portmanteau of snuggle and blankie — a wearable blanket with arm and head holes that keeps you warm when moving around a cool apartment or house. This is the stuff of infomercial legend, parodied beyond belief, but that's only added to its kitschy-come-functional appeal. The Snuggie brand extends into costume and children's wear, night light animals, and assorted colors, all at price points that go no higher than $20. 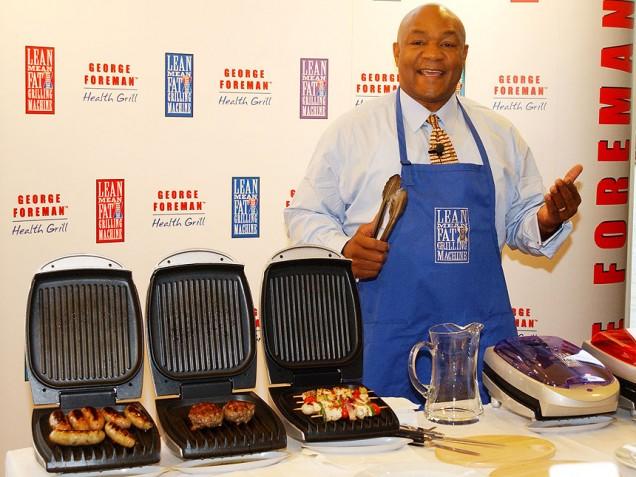 $18.99 with free shipping via Prime at Amazon

Take a (slightly) washed up athlete, stamp his name on a product of decent enough quality, and hope that it pushes a few units. That was over 20 years ago, and today, the grill has sold over 100 million units. There isn't just one featured grill anymore, so you can nab one to cook up some burgers for anywhere from $30 to $190.

What are your favorite, or least favorite, As Seen On TV products? Let us know in the comments below.

streamco
bought an egg separator at the dollar store for $1
January 5, 2017

CoffeeAddict
If you are looking at the snuggie, take a look at the "Slanket" also, a higher quality version for around $50. Very thick and larger than the snuggie, great quality.
January 4, 2017

grassflats2
Talk about a turnaround. The first time I ever heard of Foodsaver sealers was on an informercial many years ago. Wouldn't be without it. One of the great products that started out on TV....
January 3, 2017

aggiefather
We received an "Emson EZCracker Egg Cracker/Separator" years ago and it wound up in kitchen gadget "cemetery." Recently, I tried out this device because of a need to easily separate eggs because of a family member's allergy to egg yolks and it worked like a charm. I now use it everyday.
Note: Be sure to swish the tool in soapy water after each use and set it on the dish rack. Otherwise, any small amount of egg white left on it will 'glue' the device shut.
January 3, 2017

Clip the coupon on the product page and apply coupon code "50FTYNFC" for a savings of $90. Buy Now at Amazon

Apply coupon code "JOEJUNE25" to save $8 over other stores. Buy Now at eBay