These Are the 5 Easiest Electronics to Repair

From phones to tablets, these devices will keep repair costs down and make it easy to delay buying expensive new electronics.
BY:
LOU CARLOZO
DealNews Contributing Writer

When you learn that an electronic item is easy to repair, you could heave a sigh of relief, or you could heave it into the street, just to see how repairable it really is. But if you drop it off your balcony, all bets are off (except if you own a Shure SM58 microphone, which can survive a seven-story drop and still work fine).

Smartphones, tablets and the like can't take extreme abuse, of course. But it's good to know that in a pinch, splash, or crack, things will likely turn out fine. The repair mavens at iFixit have clued DealNews in on freshly compiled overall rankings to present the five digital items that are easiest to repair, spanning from June 2014 to June 2015. Wondering which older items rank high? We'll look at a few of those, too.

As with our recent feature on the five least repairable gadgets, props to iFixit founder Kyle Wiens, who was probably mending his crib as a pre-toddler. Be sure to check the iFixit website for updated reviews. 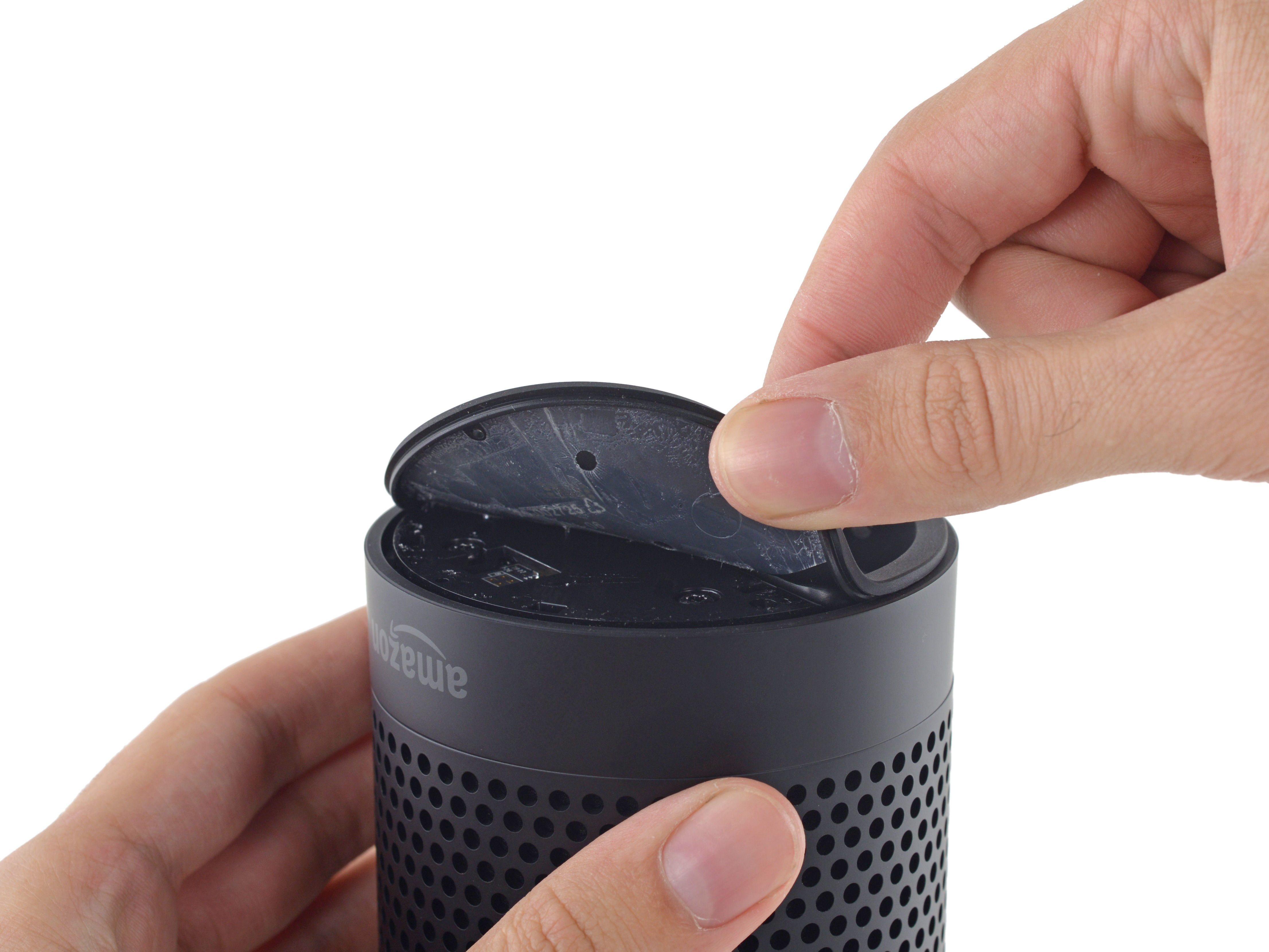 What it is: Voice-activated speaker/personal assistant
iFixit verdict: "This one is just fun. And despite all of the parts, pretty simple and straightforward to disassemble and reassemble. Hopefully we'll see some interesting mods and hacks soon." 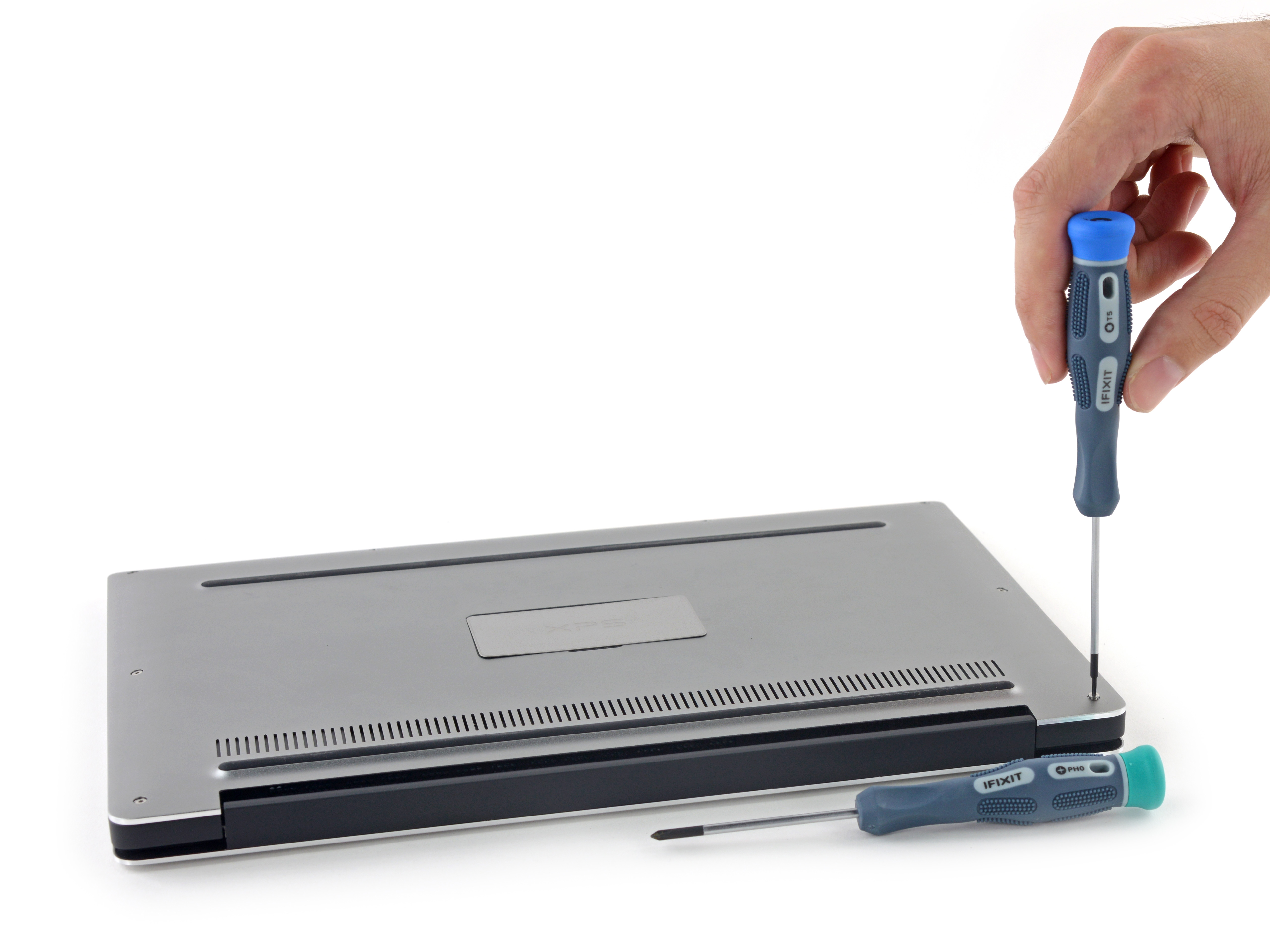 What it is: Laptop
iFixit verdict: "Pretty typical laptop construction, with a couple of nice features: screws and connectors are all labeled for easy reassembly, and Dell provides free access to their complete service manual online. If everybody did that, we could retire in peace."
Score: 7 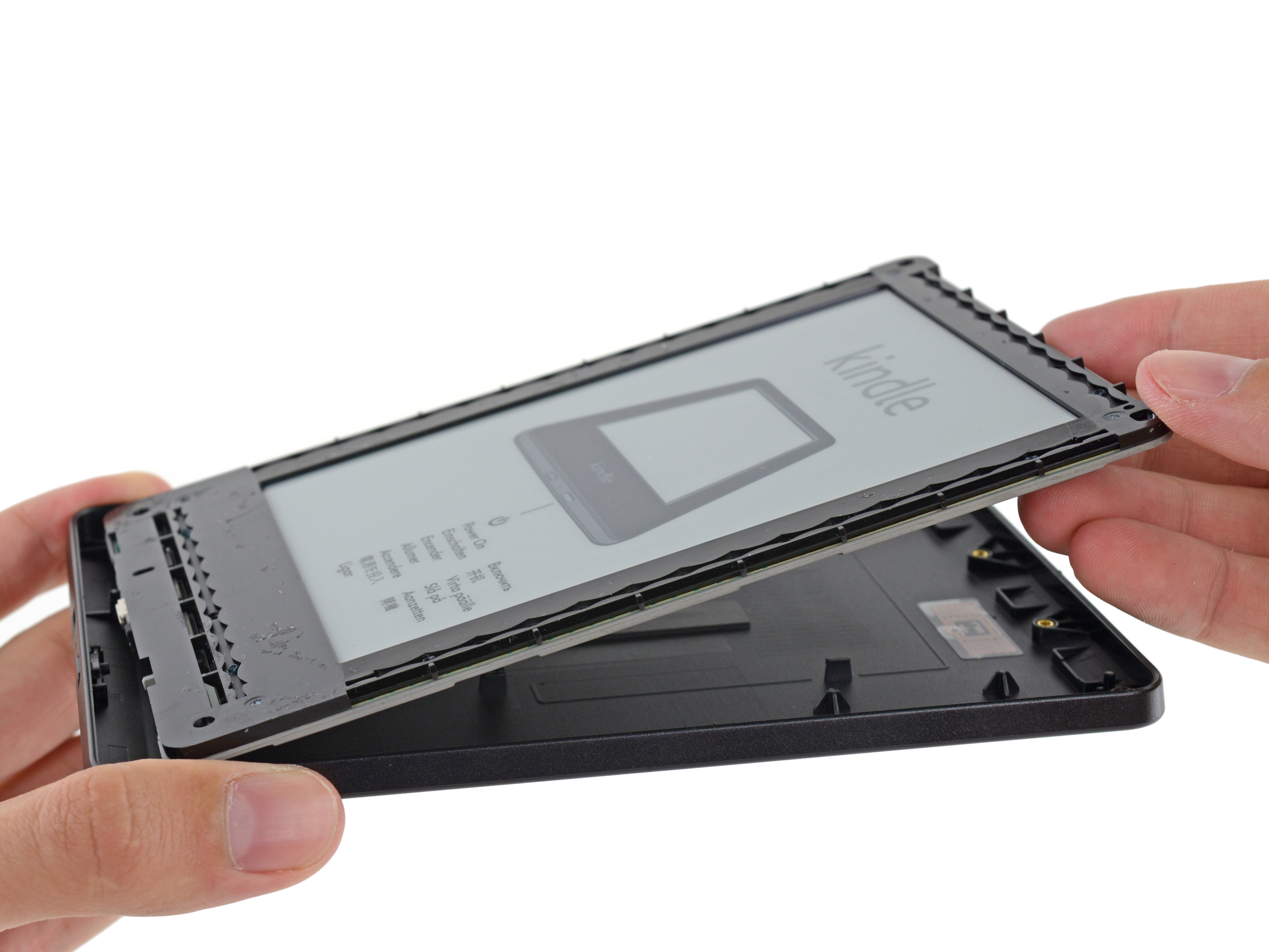 What it is: e-Reader
iFixit verdict: "Easy to open and dead simple inside. Simple, lightweight design means it's more likely to survive drops. The downside is that Kindle parts are usually a bit more difficult to source than other brands."
Score: 8 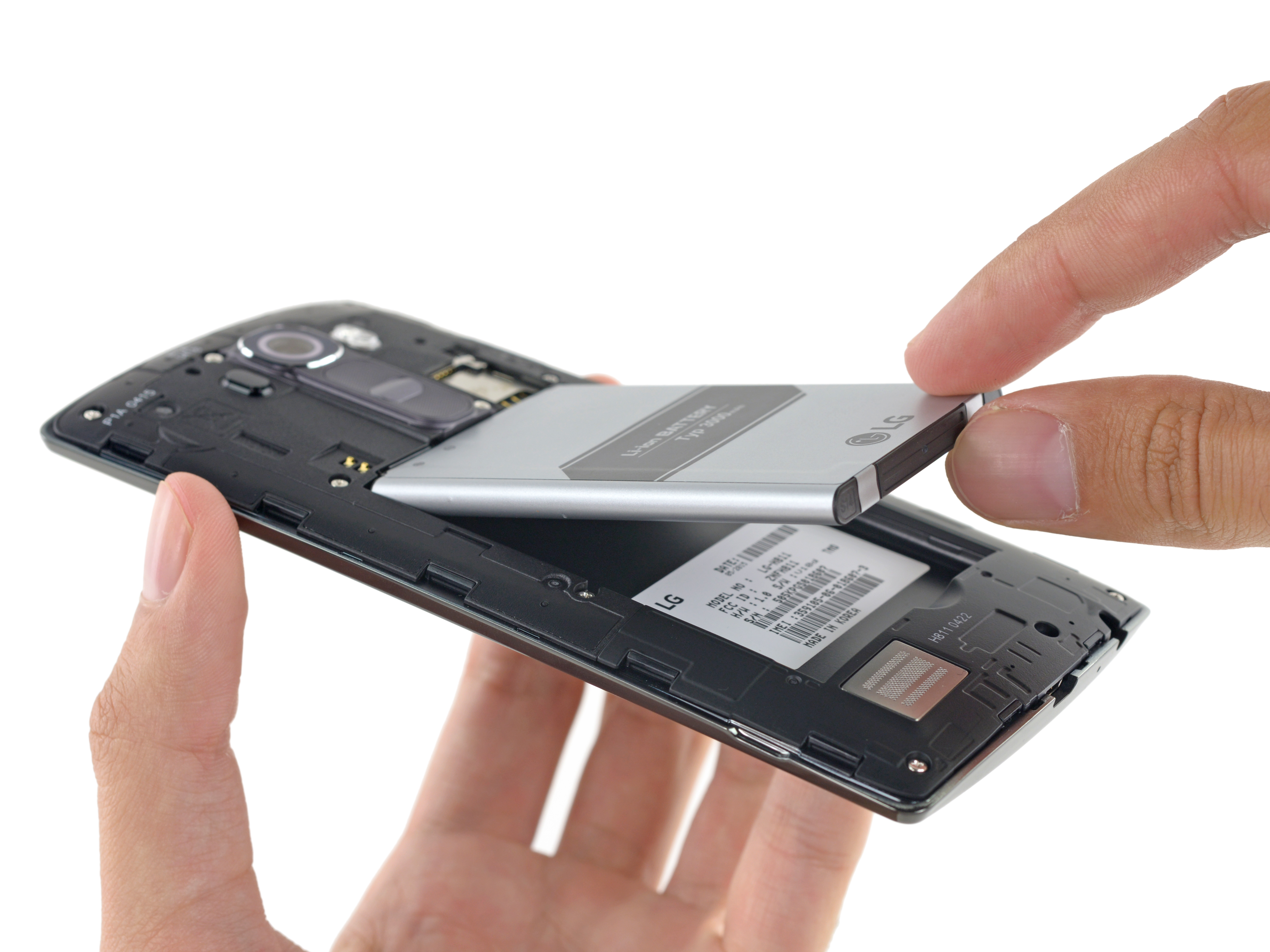 What it is: Smartphone
iFixit verdict: "The G4 is the last of the major-manufacturer's flagship phones to still feature a user-removable battery. It's also full of modular components and has an easily removed rear cover. The only downside is that the USB port is on the main motherboard, so replacing it will be more difficult (or costly) than if it were on a daughterboard."
Score: 8 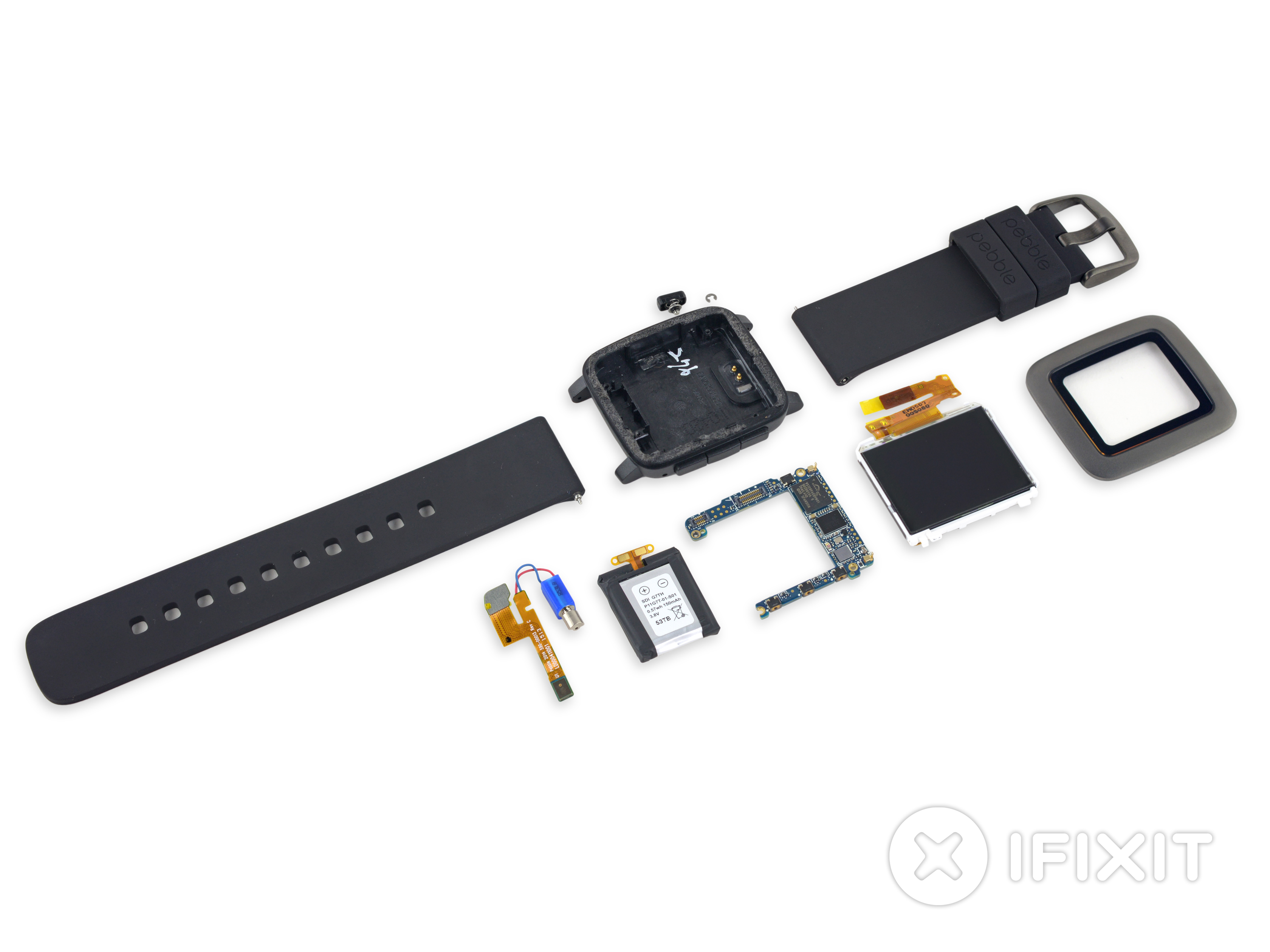 What it is: Smartwatch
iFixit verdict: "The front glass isn't fused to the display, so it should be pretty cheap to fix. Replaceable battery. The only hard part about repairing Pebble Time will be reassembling it after you've lifted the glass off — to get the screen to stick back on you'll have to peel off and replace the adhesive."
Score: 9


A Few More Repair Peaches From the iFixit Files:

Remember that repairability isn't quite the same thing as reliability or desirability; but the universal constant that links all digital gizmos is that they all go on the fritz, sooner or later. That's good to know in hindsight, but it can also help you make a more informed decision before you buy. Even Wiens gets geeked when he hears about a new device on the way that could raise the bar: "We are looking forward to the upcoming Fairphone 2, the first modular smartphone," he says. "The initial design information we've received is looking very promising." (It's also being made from ethically sourced materials.)

Now it's your turn. Do you have any repair stories (nightmares or triumphs) that involve your DIY efforts to fix the gadgets you love? Share them with us, and remember that iFixit offers plenty of repair guides and information, along with tools for fixing the machines we use to make our schedules, place our calls, and run our lives.

VIEW ALL
Blog · Buying Guides · 5 hrs ago
What to Expect From Father's Day Sales in 2022
Father's Day is around the corner, and sales will be in full swing before you know it! Check out our guide on what to expect from Father's Day sales in 2022, including what will be discounted and the savings we should see.
Blog · Marketplace · 1 day ago
How to Create Coupons on Amazon
Amazon brought coupons to Seller Central in 2017, but these aren't your grandmother's coupons. Learn how to create coupons on Amazon, and what to know before you do.
Blog · Buying Guides · 2 days ago
6 Simple Ways to Renovate Your Kitchen Through Home Depot
If you're feeling like your house needs a refresh, consider these simple ways to do a Home Depot kitchen renovation. You can update your look and potentially increase your home's value!
Blog · Buying Guides · 5 days ago
What's the Best Time to Buy Big-Ticket Items?
Savvy shoppers are always on the lookout for a great deal, and to help you out, we've put together guides on the best times to buy big-ticket items.