Stores Are Pushing Their Apps for the Holidays, and That Means Deal Perks for Shoppers

Scoring extra deals from Walmart, Target, and Amazon may be as easy as downloading their apps.
BY:
JULIE RAMHOLD
Senior Staff Writer/Spokesperson 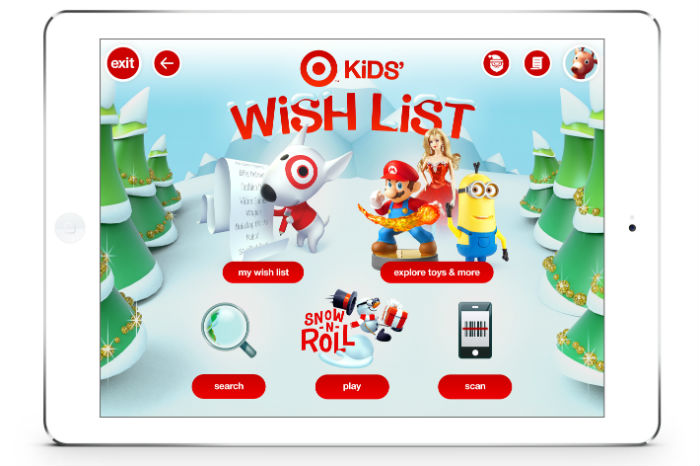 Black Friday is rapidly approaching, and every year retailers come up with new ways to shop. Just about every retail store in existence seems to have its own app now. Depending on the type of store, the benefits of those apps can vary widely.

However, retailers seem to be putting even more emphasis on their apps for holiday shopping, and that means customers have an opportunity to reap the rewards.

Earlier in the month, as we all eagerly awaited big Black Friday ads, Walmart decided to throw a curve ball and release its circular on its app first. That meant shoppers with the app had first access to the Walmart Black Friday ad, before it was officially released on the website.

Amazon took it a step further, however, by announcing that select Lightning Deals would be available on the app only, starting on Thanksgiving Day and running through December 9. So while Walmart fans could just wait for the Black Friday ad to make its way online, Amazon shoppers might feel a stronger incentive to download the store's app, lest they miss some of the best Amazon Black Friday deals.

SEE ALSO: This Amazon Hack Will Make Online Shopping So Much Easier

But Amazon pushing customers to the app doesn't mean you'll have to constantly check your phone all week for those deals; Amazon created a "Watch a Deal" function to alert shoppers through push notifications.

But the app promotions don't end with Black Friday! Target is taking a unique approach to appeal to app users by offering savings for the holidays.

Customers who create a wish list via the Target Kids' Wish List app can receive 10% off almost everything on it, for a maximum discount of $100. That can lead to some serious savings, all just for taking the time to make a list of what your kids — or you! — want on the app.

Readers, do you know of other retailers offering similar incentives for downloading their apps? Are you going to download any of these apps to take advantage of holiday shopping deals? Sound off in the comments below!

VIEW ALL
Blog · Morning Jolt · 7 hrs ago
5 Deals You Need to Know Today: Under(priced) Armor at Amazon
Finally, a good excuse to use the word "pauldron" on this website – it's been ten long years. Check out this offer and more in our roundup of the five best deals we found over the last 24 hours.
Blog · Buying Guides · 2 days ago
The 9 Best Things to Buy in June (And 4 Things to Buy Later)
While June may be a prime time for vacations, it's also a great time to find excellent deals. Check out our guide for what to buy in June and what you should hold off on until later in the year.
Blog · Marketplace · 6 days ago
The 13 Best Products to Sell Online in July 2022
July is a big month for promotions! To give you the best chance at success, we offer suggestions for what to sell online in July 2022, plus go over the major sales opportunities during the month and the items you may want to list later.

Check out with Subscribe & Save to get this for $2 less than picking this quantity up at Kroger. Buy Now at Amazon

That's the best price we could find for this quantity by $8. Checkout via Subscribe and Save to get this price. Buy Now at Amazon

It's a buck off the regular price and hundreds less than replacing your garbage disposal due to untreated build-up. Buy Now at Amazon

Checkout via Subscribe & Save to get this hard to find bulk spice for a great price. Buy Now at Amazon