Throwback to 1997: What Was Popular the Year of Our Birth?

DealNews is turning 20, along with a famous boat movie, a catchy nonsense song, and some adorable virtual pets.
BY:
JULIE RAMHOLD
Senior Staff Writer

DealNews was founded in 1997, which means we turn 20 this year! Since we were feeling all nostalgic about our early days, we decided to check out what else was popular in 1997. Here's all the popular music, big movies, must-see TV, and fun facts from the year of our birth. 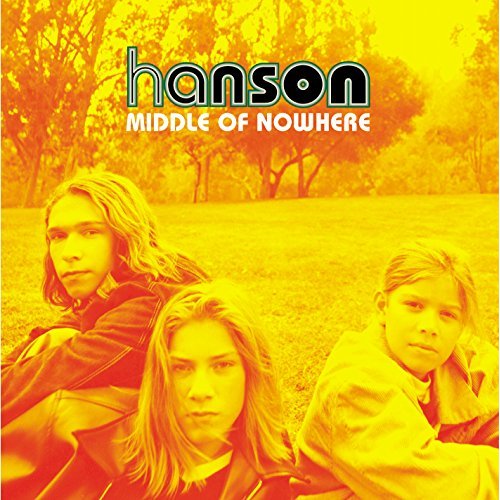 Mmmbop, ba duba dop Love 'em or hate 'em, Hanson became a household name in 1997. Despite being active since 1992, they're most well-known for the song "MMMBop," which became a runaway hit in '97. They released their album Middle of Nowhere in May.

Come on, Barbie, let's go party. The band Aqua released its album Aquarium in March. It's best known for the annoying earworm "Barbie Girl." Mattel, the maker of Barbie and all her friends, sued MCA Records over this song in 2000. The judge ruled the lawsuit (as well as MCA's countersuit) be dismissed due to parody protection under the First Amendment.

Which Spice Girl are you? The British group known for their girl power, Spice Girls, released their album Spiceworld in November. Immediately, teen girls everywhere staked their claim on an identity, whether it was Scary, Baby, Posh, Ginger, or Sporty.

Nothing's right, I'm torn Natalie Imbruglia brought us the overplayed hit "Torn" on her album Left of the Middle in November.

On... and on Shania Twain released the song "From This Moment On," which became a popular wedding song, on her album Come On Over in November. By 2010, the song hit Time's list of the "Top 10 Overplayed Wedding Songs."

I get knocked down! Anarcho-punk band Chumbawamba released the crazy catchy song "Tubthumping" to massive commercial success, much to their anarcho-punk dismay.

King of the Box Office: The Top 10 Movies of the Year

There were tons of memorable movies released in 1997, but the top 10 (based on box office performance) included everything from dinosaurs to aliens to sinking ships.

1. Titanic had an anything but icy reception when it hit theaters in December.

2. Men in Black Will Smith and Tommy Lee Jones paired up for the first time to face off against aliens in this comedy in July.

3. The Lost World Dinosaurs returned in the second installment of the Jurassic Park franchise, which was released in May.

5. Air Force One Remember when Harrison Ford was our POTUS? A flight from Russia is hijacked by terrorists in this action thriller, forcing Ford to fight back to save everyone on board.

6. As Good As It Gets Jack Nicholson, Helen Hunt, and Greg Kinnear starred in this romantic comedy, which released in December.

7. Good Will Hunting "How do you like them apples?" Matt Damon and Robin Williams showed off their mentor/mentee relationship in this now-classic drama, which was released in December.

8. My Best Friend's Wedding Julia Roberts and Cameron Diaz competed for Dermot Mulroney's affections in this rom-com in June.

10. Face/Off John Travolta plays an FBI agent tracking down a domestic terrorist played by Nicolas Cage. The two men literally trade faces. The movie has an overall 92% rating on Rotten Tomatoes. That beats out Titanic!

Other box office favorites that year included Selena, starring a little-known Jennifer Lopez; the first appearance of Austin Powers; The Fifth Element; a slicker-wearing slasher in I Know What You Did Last Summer; and the Spice Girls in Spice World.

Tune in: The Biggest of the Small Screen

In 1997, viewers were really into comedies, whether they were about nothing, a group of friends, or sophisticated Seattleites navigating daily life.

1. Seinfeld kicked off its final season in '97.

2. ER was in its fourth season, which started with the live episode "Ambush." (It was performed twice, once for the east coast, and once for the west coast.)

4. Friends kicked off its fourth season this year with the episode "The One with the Jellyfish." (It's also one of the times where Ross famously claims he and Rachel were "on a break.")

5. Touched by an Angel began its fourth season with the episode "The Road Home: Part 1."

7. Union Square was a television sitcom that only ran from September 1997 to January 1998.

9. Home Improvement, which chronicles the antics of Tim "The Toolman" Taylor, premiered its second-to-last season with the episode "Quest for Fire."

10. Just Shoot Me! debuted its first season (which was only 6 episodes) in March. It would go on for seven seasons, and end in 2003.

All aboard the Hogwarts Express! Harry Potter and the Philosopher's Stone was published in the UK in June. It wouldn't reach the US until September 1998.

Ay caramba! The Simpsons became the longest-running prime-time animated series in the US with the episode "The Itchy & Scratchy & Poochie Show."

Tamagotchis were the most popular toy for Christmas in the US. Many parents were reluctant to entrust their kids with a real animal, but taking care of the little virtual pets was no problem.

Oreo O's cereal was released in 1997, to the delight of classic cookie lovers everywhere. Sadly, only 10 years later it was discontinued everywhere except South Korea.

The Pokemon anime aired for the first time in Japan in April. Later in the year, the episode "Cyber Soldier Porygon" was shown, which was famously said to cause over 600 children to experience seizures and seizure-like symptoms.

Comedian Ellen Degeneres came out as a lesbian to Time Magazine. Her character on her own TV show "Ellen" also came out a few weeks later, in "The Puppy Episode".

Internet giant AOL asked users to cut back on their time online. It noted that the average customer was spending about 32 minutes per day online, more than double the time the previous September. Busy signals were a constant annoyance for the more than 8 million subscribers AOL had. Lawsuits were filed on behalf of subscribers in LA and New York.

Ouch! In a boxing rematch, Mike Tyson bit Evander Holyfield twice, taking out a chunk of his right ear. Although they've buried the hatchet now, this encounter is still referred to as "The Bite Fight" by some.

Tiger Woods, at 21, won the Masters at Augusta National by an amazing 12 shots. This triumph was notable in many ways, including the fact that the Augusta had only been admitting African American members for 6 years when Woods won.

Final Fantasy VII was released for PlayStation. Fun fact: the game is currently being remade.

Bill Clinton was elected for a second presidential term. He would later be impeached in 1998 by the House of Representatives, but acquitted by the Senate.

Tony Blair became the prime minister of the UK, a position he would hold until 2007.

Readers, what do you remember from 1997? Did we leave your favorite pop culture happening out? Sound off in the comments below!

sc122002
Man, I just found 4 unopened Tamogachis at Goodwill a few weeks back. I had to double take because it's like holy crap these remained unopened for 20 years??

jeffreolson
Wow! That is an amazing list of movies! Has to be one of the better years ever for Hollywood
April 16, 2017

trag
What I remember from 1997 is the excellent dealmac forum, where so much helpful information was shared and accumulated for years. Until someone senselessly decided to change the format of the forum, ruining participation, destroying the friendly community and losing the stored knowledge.
April 16, 2017

Blog · Roundups · 10 hrs ago
Top 5 Headphones Deals: Bose Headphones at Their Prime Day Price
Whether you're looking for some best-in-class noise cancellation, or just an affordable set of reliable buds, this collection of the week's best headphones deals has something for every budget, including the always-popular Bose QuietComfort 35 Series II Headphones at their equally-popular Prime Day price, and two sets of JBL headphones at half what you'd pay elsewhere.

Blog · Buying Guides · 14 hrs ago
What to Expect From eBay Black Friday Sales in 2020
While eBay might not be on your Black Friday radar, it should be. eBay deals can number in the hundreds and span a wide variety of categories. If you're curious about what to expect from eBay on Black Friday, check out our guide.

Blog · Morning Jolt · 17 hrs ago
5 Deals You Need to Know Today: Huge (and Varied) Savings at Woot!
An eclectic mix of pre-holiday deals from Woot will save you up to 85% across many a category. Check out this offer and more in our roundup of the five best deals we found over the last 24 hours.

Apply coupon code "DN30" for the best price we could find by $9. (It's also $6 under our mention from May.) Buy Now at StackSocial

That's the best price we could find by $28. Buy Now at eBay

Stock up on fashion staples like sweatshirts, leggings, bodysuits, skirts, and more. Shop Now at Forever 21