It's hard to create a lovable mascot. Here are 10 that prove that rule.
BY:
JEFF SOMOGYI
DealNews Contributing Writer

Frosted Flakes might be able to use Tony the Tiger to hawk their flaky wares until the sun literally explodes, but not every brand is going to be able to come up with something as grrrrrreat! Here's a list of 10 brand mascots that just fell flat (or will soon). 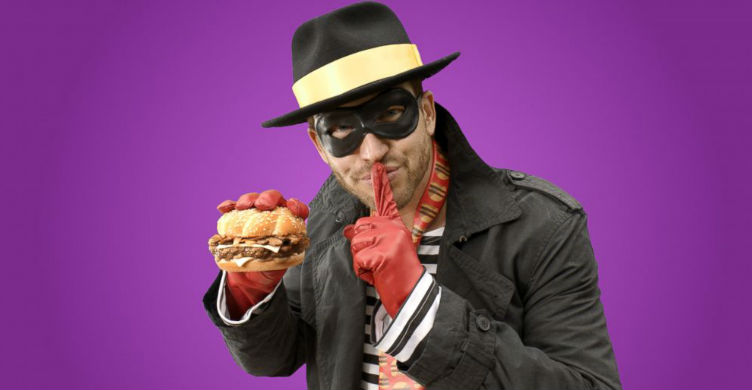 The catalyst for our mascot fail retrospective, this head-scratcher was just rolled out this month. After 13-years without a single "robble" (perhaps he was spending some time "up the river" as a repeat offender for burger theft), McDonalds has brought back The Hamburglar — but not the cartoony one you might remember. Nope, he's a real person. A real, five o'clock-shadowed ("stubble stubble"?) dude in a costume. He's probably meant to appeal to Millenials or something. 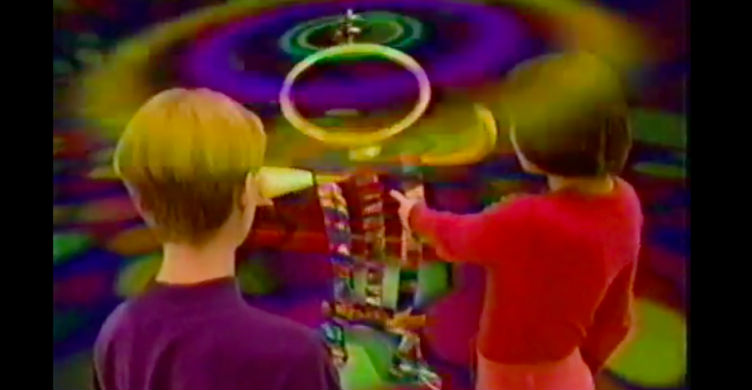 People living in the '90s demanded that things be "extreme." Oreo-maker Nabisco heard the call and decided to create an extreme mascot of their own by breathing unholy life into their logo. Thus, the Nabisco Thing was created, to go forth and bring the good news of their cookies and crackers to the masses. However, he didn't stick around long because, in the words of 90's brand expert Matt Dracula, "seeing a featureless alien breakdance just didn't improve anyone's desire for cookies." 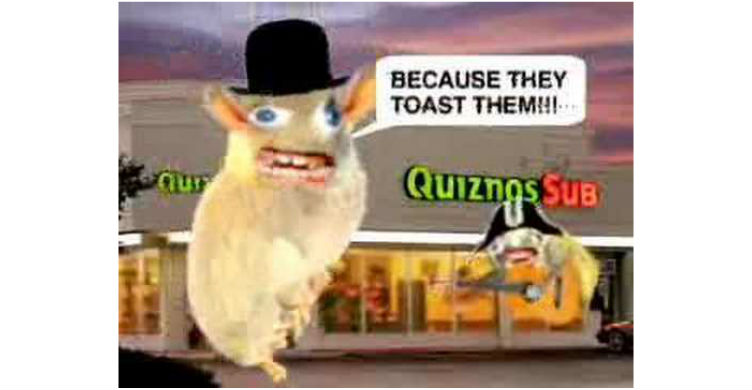 It was 2004 and toasting a sub sandwich was a new and revolutionary idea that was spreading across the United States like wildfire. To make sure everyone knew that they were at the forefront of bringing heat to a sandwich, Quiznos created a commercial that can only be described as... "huh?" You know what doesn't sell sandwiches? Living nightmares singing about sandwiches. A couple months later, this commercial, thankfully, stopped airing and we, as a nation, were able to move on. 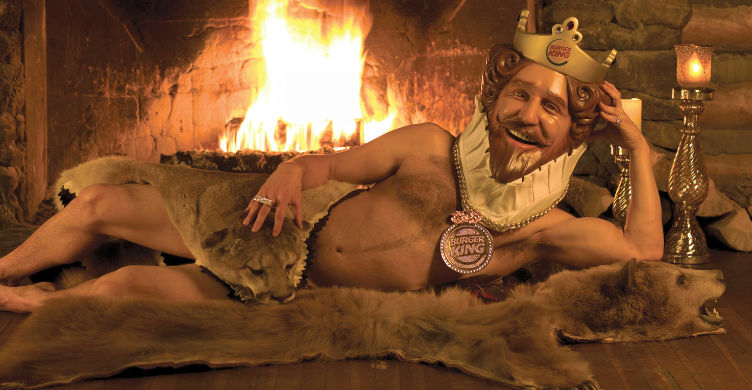 From the 60s to the 80s, Burger King had used a jovial cartoon king as their answer to Ronald McDonald, but then shelved him for all of the 90s. In 2003, ad wizards decided to revive this beloved mascot, but, like with Buffy's mom, something went horribly wrong during the resurrection process and he came back super creepy. His rictus-faced rein of terror ended in 2011; however, the mascot recently made an appearance as part of Floyd Mayweather's entourage, as Money walked to the ring to fight Manny Pacquiao! 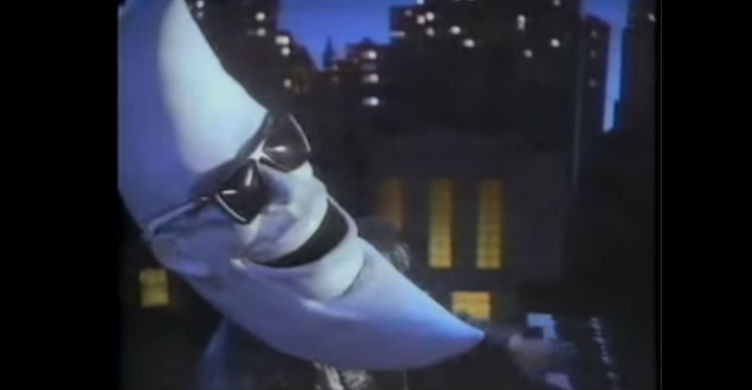 In an attempt to lure people into their "restaurants" for dinner, McDonald's felt that a man with a moon for a head singing a re-written version of "Mack The Knife" (a song about a murdering psychopath) was just the thing to do it! The national campaign ran for only three years, starting in 1986. But, fun fact, the guy inside the costume was Doug Jones (Pan's Labyrinth, Hellboy). 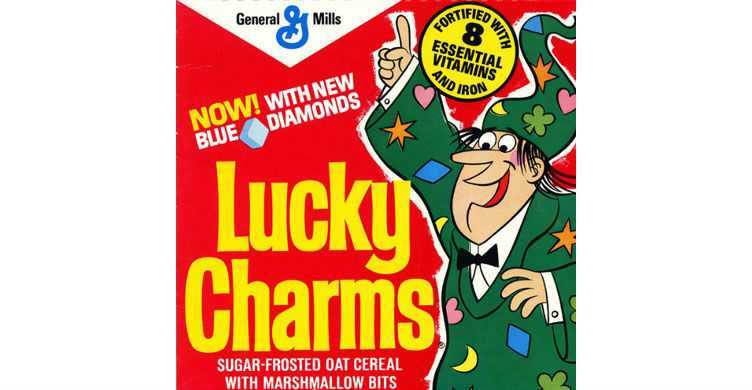 Waldo the Wizard for Lucky Charms

As part of the "Hey, we can sell sugar to kids and call it 'breakfast'" cereal boom of the 60s, Lucky Charms debuted in 1962. One year later, we were first introduced to Lucky the Leprechaun, whose Irish brogue and stingy ways were a strange way to market food to kids, if you really think about it. Thirteen (ooh, unlucky!) years later, General Mills swapped him out for Waldo the Wizard. Remember him? No one does. Long Live Lucky! 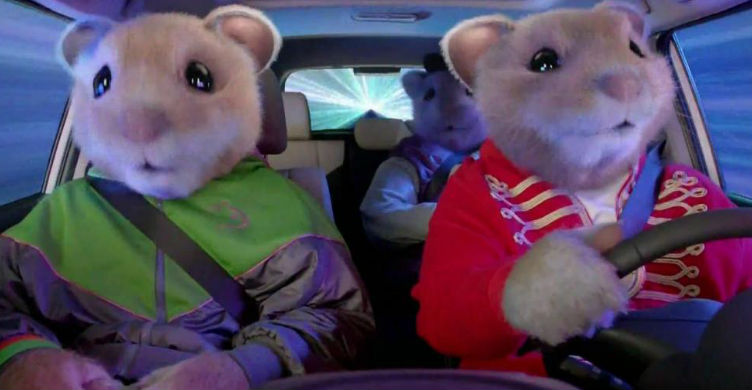 Hamsters were big in 2009, but no one knows why. That year, Zhu Zhu Pets (wind-up hamsters) were the gotta-have-it, I'll-elbow-you-in-the-face-for-it toy of the holiday season and anthropomorphic mascots for a new car. What a year to be a cricetinaephile! Anyway, these commercials won the Nielsen Automotive Advertising Awards "Automotive Ad of the Year," proving that there are just too many awards. 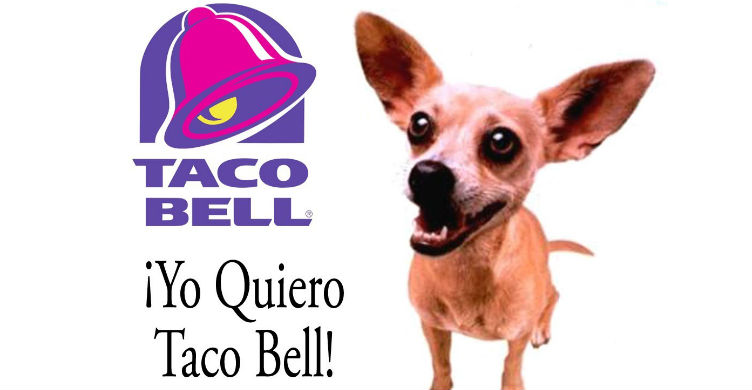 In 1997, all anyone would say to each other was "¡Yo quiero Taco Bell!" Like, for real. Not since "Where's the beef?" had a corporate ad slogan so gripped the public zeitgeist to the point that we were putting it on t-shirts and coffee mugs! People loved that weird little dog; however, it wasn't making anyone crave dirt-cheap chalupas, so the campaign was ended in 2000 after the company saw the largest sales drop in its history. At the time, the prevailing rumor was that the commercials ended because the dog died. This was untrue, but the original dog is now dead. (She died in 2009.) Sweet dreams! 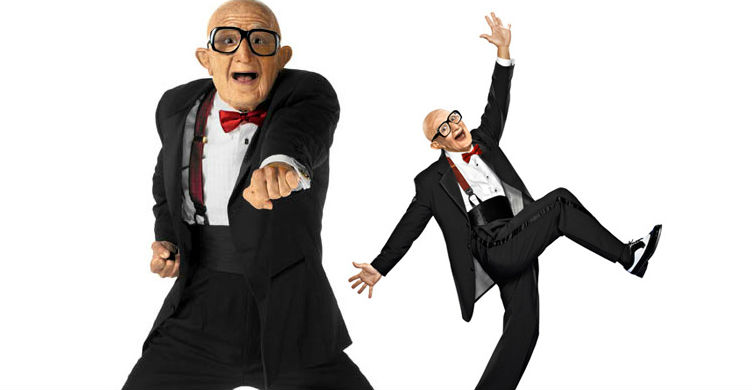 The most effective ads are ones that tell a story. For a 2004 Six Flags campaign, the story they wanted to tell was that old people love to dance, so you're going to love their roller coasters! QED. Everyone was contented to be moderately — yet enjoyably — creeped out by Mr. Six for years, until ownership of the park changed hands in 2009. The new CEO, on his second day in office, cancelled the ad campaign, calling the character "pointless" and it's certainly hard to argue with him. (Though, Mr. Six has still appeared on and off in commercials since then, anyway.) 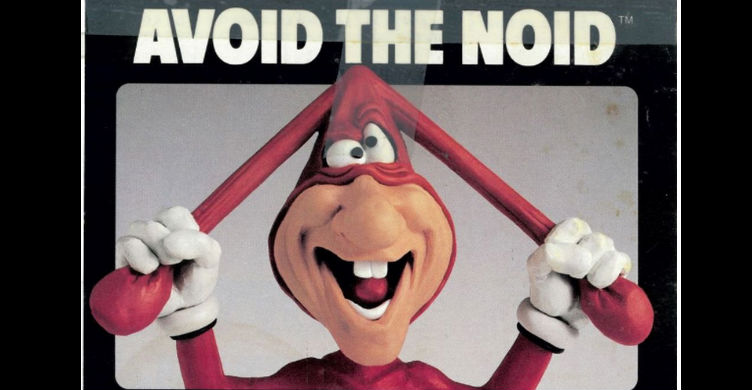 The Noid for Domino's

Who knows how long Domino's would have used this weird, claymation mascot, had a mentally ill man by the name of Kenneth Lamar Noid not taken two of the pizza chain's employees hostage back in 1989? Yikes, this fun, frivolous slideshow just got real. Don't worry, everyone got out alive; however, the Noid name was too tarnished by those events, so Domino's ended the campaign after just three years. Wow, we just got that "Noid" is a play on "annoyed," as in "don't get annoyed with your pizza." Only took us 30 years to get that.

As you can see, companies will try just about anything to get you to buy into their brand. We give 'em props for trying, even as we slag them off on Twitter.

But what about you guys? We only had room for 10, but why not share your favorite / most detested mascots in the comments below!

daff3ww
Actually the Noid ad's didn't end because of that guy it ended because the ad company that made the ad was asking for to much money
May 25, 2015

Allyson
I liked the dog sock puppet from Pets.com! :)

Yeoman007
My favorite mascot was wide-smiling Joe Isuzu who constantly lied with a smile to sell Isuzu vehicles.

tompio
For the longest time I always thought Mr. Six was Junior Soprano.I actually stopped eating at Quiznos after their mascot came out. Looked like a dead mouse they found in their kitchen area. "Try our new toasted sub! You'll love the new crunchy mystery meat inside!"
May 22, 2015

tdonaghue
I can't say he's my "favorite" or "most detested", but what about the Trivago Disheveled Guy?

This guy looks like he's a few days removed from a week-long Vegas bender and is borderline homeless, not exactly what 'pimp' my travel company with...
May 22, 2015

jamesjmoore999
Enjoy the trunk monkey - all are great, a few are weird

Jeff Somogyi (DealNews)
I'd like to take a moment to remember "sad sack salesman", who starred in several Honda commercials in the 80s: https://www.youtube.com/watch?v=fts72_FJcX8

michael bonebright (DealNews)
Fun fact: The Noid starred in many, many of my childhood nightmares.
May 22, 2015

VIEW ALL
Blog · Buying Guides · 18 mins ago
6 Simple Ways to Renovate Your Kitchen Through Home Depot
If you're feeling like your house needs a refresh, consider these simple ways to do a Home Depot kitchen renovation. You can update your look and potentially increase your home's value!
Blog · Morning Jolt · 13 hrs ago
5 Deals You Need to Know Today: Discounted Outdoor Power & Lawn Equipment at Amazon
Amazon has five lawn and outdoor power tools discounted for your purchasing convenience. Check out this offer and more in our roundup of the five best deals we found over the last 24 hours.
Blog · Buying Guides · 3 days ago
What's the Best Time to Buy Big-Ticket Items?
Savvy shoppers are always on the lookout for a great deal, and to help you out, we've put together guides on the best times to buy big-ticket items.
Blog · Buying Guides · 4 days ago
Ask an Expert: When Can I Expect a Price Drop on the TV I Want?
Do you have a question for us experts here at DealNews? If so, submit it and we might just answer it in a future column! Until then, check out our first column, which offers advice to a cost-conscious TV shopper.
Blog · Buying Guides · 5 days ago
59 LGBTQ-Owned Businesses You Can Support This Year
June is Pride Month, so if you're looking for a spate of LGBTQ-owned businesses to support with your wallet, we've got you covered! Check out our guide for 59 shops to check out now, as well as tips on how to find more.