National Splurge Day: Got the Urge to Splurge? Do It Wisely!

National Splurge Day was invented in 1994 by Adrienne Sioux Koopersmith, who calls herself "America's premier eventologist," and it occurs every June 18, whether you know it or not. You might be skeptical about it, but if enough people believe in it, perhaps it can be made to live, just like Tinkerbell!

However, we must admit that the idea of wanton spending sends a shiver down our frugal, money-saving spines. But maybe, just maybe, we can spin this faux-liday into something that fits both the urge to splurge and the cravings for savings!

Therefore, we've put together a list of items that, despite your inherent deal-hunting nature, you should feel OK spending more money on. (Of course, you should still be looking for a deal on these higher-quality options; this is dealnews, after all!) Now as Tom Haverford would say, go on and "TREAT YO' SELF!" 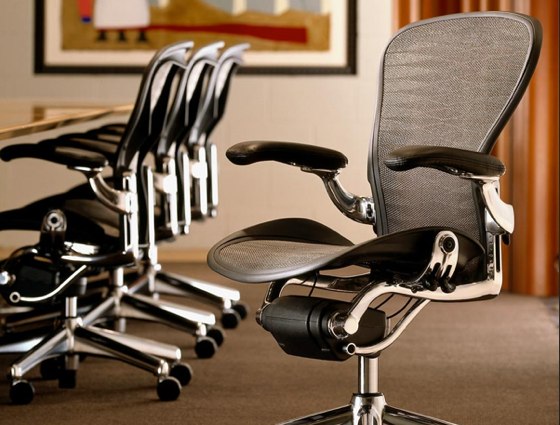 The Aeron Chair by Herman Miller

Aeron chairs have won endless praise for their design and ergonomics, but that praise doesn't come cheap. Starting at $679, these seats are way more expensive than the ones you'll find at Office Depot, OfficeMax, and Staples. However, when you're sitting in a chair for at least 40 hours a week, shouldn't you get something that's designed to fit your butt like a glove? It also comes with a full 12-year warranty, so you won't have to spend money on a new chair again anytime soon — unlike the cash you'd likely dole out to replace a bargain bin chair every couple of years. 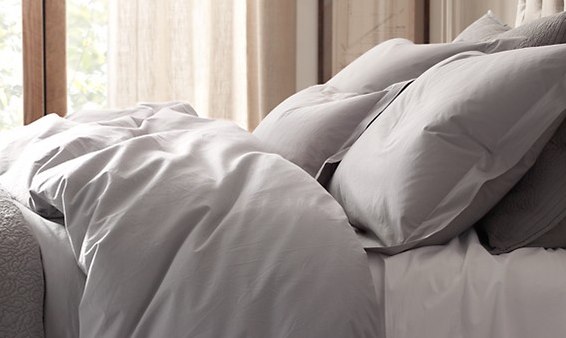 In 2011, the average American spent roughly 8.7 hours per day sleeping, according to the Bureau of Labor Statistics. Why subject yourself to scratchy, stiff sheets for 3,175.5 hours every year? When it comes to bedding, treat yourself like a king (or twin, or queen, or California king) because there's a noticeable difference between budget, 200-thread-count sheets and luxury, Egyptian Cotton sheets. Every wonder why a hotel bed feels so much more comfortable than yours does? Good sheets!

The point of makeup is to enhance a person's beauty in an inconspicuous way. Cheaper cosmetics are less likely to look natural and will probably cake up later in the day and become a conspicuous way of de-hancing your beauty. Better quality cosmetics are far more likely to work with the conditions of your skin and look good on you, but they'll cost a bit more. (Note: We're not sure the same rules apply to clown makeup, as we didn't want to get close enough to one to ask.) 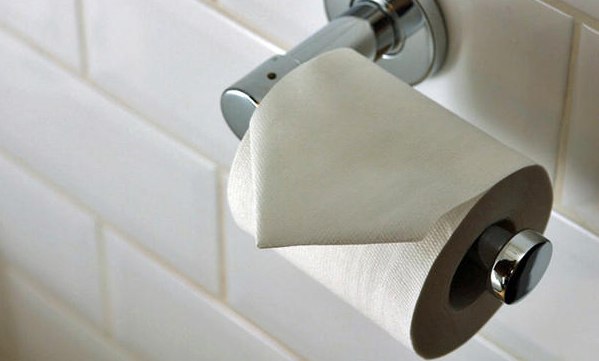 We'd assume that the last place someone would want to rub scratchy paper against would be their ... er .. bottom. Yet, so many people continue to buy the cheap stuff. Yes, it may last a little longer per roll, but we advocate treating your delicate parts a little more delicately. And, honestly, with all the toilet paper deals we see, it's hard to even call this one a splurge, since it's so easy to save money on the "good stuff." 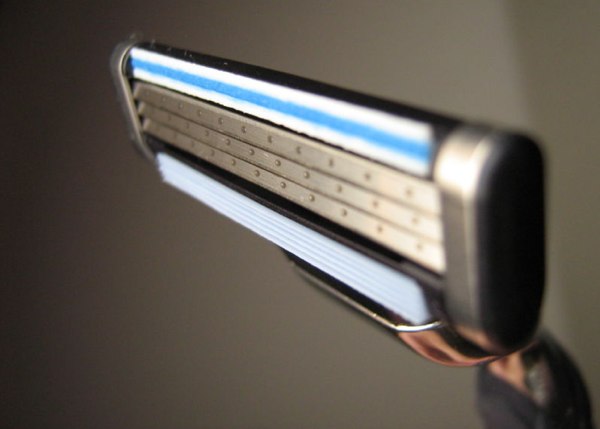 When scraping a sharpened piece of metal across your skin, do you really want to use something made by the company that spent the least on its manufacture? Personally, we've never gotten anything better than a shredded face when using a disposable blade. It's worth your comfort to spend a bit more to get a better shave — one that doesn't result in having to apply pieces of toilet paper all over your money maker afterwards. Now, we're not advocating for any specific brand, so buy whatever you can find a deal on. Just stop buying the blades that are sold by bulk in a bag. 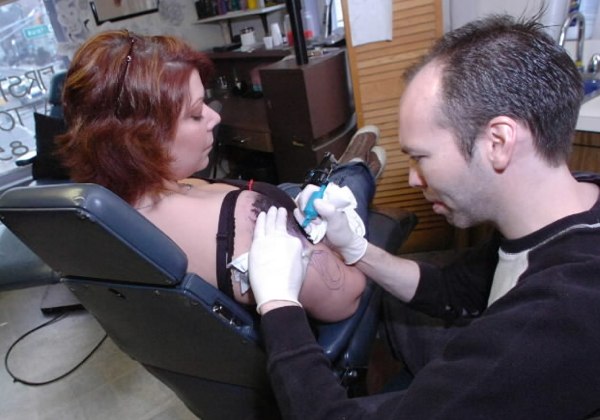 When you realize how expensive a tattoo can be, you might be tempted to look for a cheaper option. But nothing says "regret" like blurry, poorly-done permanent skin art. Splurge a little and you can mitigate the chances of getting a tattoo that will look terrible. A good artist means your memorial tat will actually look like your grandma instead of Steven Tyler. 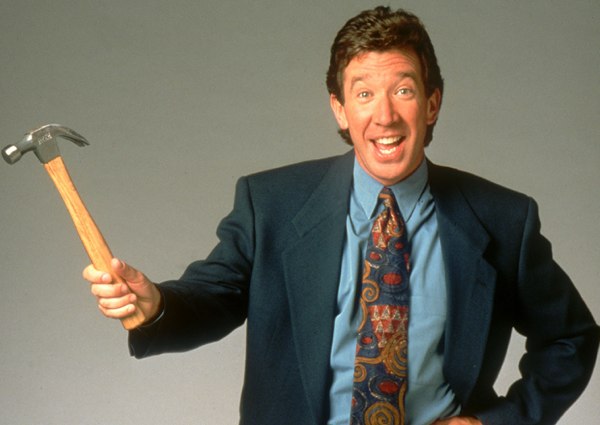 "Pfft! How hard could it be to build a deck?" Answer: Very. DIY is great, but sometimes it pays to pay a professional to get it done faster and better than you ever could. Sure, you can save some money, but do you have the time, skill, and patience to get it done right? Something that might take you a month of Sundays to build could have taken a professional a single afternoon. So unless DIY is "your thing," avoid catastrophe and hire a pro instead. 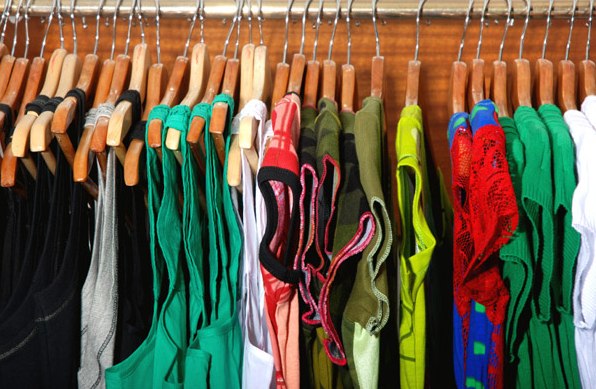 Nine times out of 10, clothing is more expensive because more care and better quality materials were used in making it. We're not advocating you always buy super-high-end, designer original items, but you'll benefit from a better fit and longer life if you don't buy the bargain-basement varieties. This is a handy rule of thumb for all apparel, including shoes. How many times have you bought a cheap shirt from Old Navy, just to have it fall apart within the year, but a similar shirt from J.Crew tends to hold together longer? (After you invest in better pieces, make sure to read up on how to make clothing last longer.) 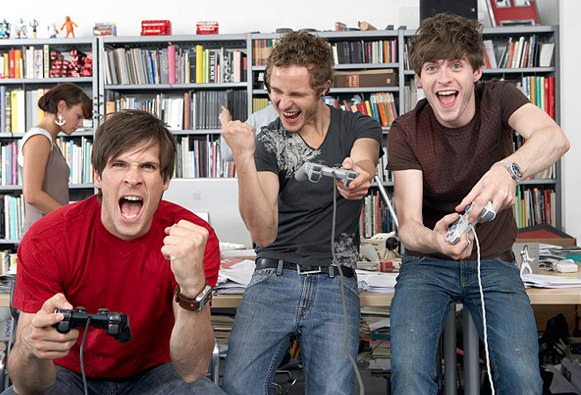 We've often stated that you can get deep discounts on video games by simply waiting a couple months to buy a new game. However, we will amend our advice for one reason: Multiplayer. If you like playing in giant frag-fests online, then you'll want to jump on a game as soon as its released, as the online multiplayer community is a constantly-shifting entity, centered around the latest titles. Wait a couple months to get a deal on a game, and you'll find the multiplayer community has dried up, as players have moved on to the next game. Thankfully, many game preorders see discounts or include other perks (exclusive downloadable content or gift cards), so it's not exactly like paying retail, anyway. 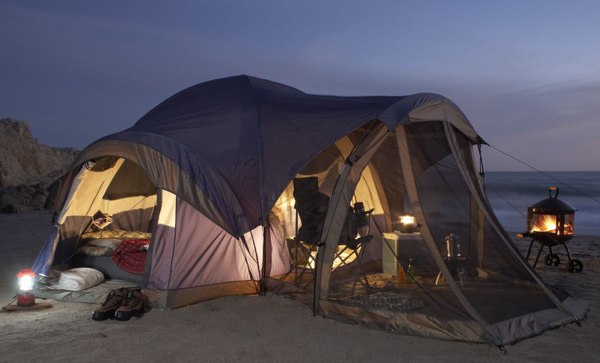 This is another example of price being equal to a product's quality. The extra cost often means that the maker of the tent invested not only in better materials, but in a better design as well. You'll appreciate that extra design savvy when you're not struggling to set it up, or when you remain dry, warm, and bug-free during rainy, windy, or humid nights. (Though, if you want to keep that stuff out, how much of an "outdoorsman" are you, really?) Learn more about the features to shop for with our tent buying guide. 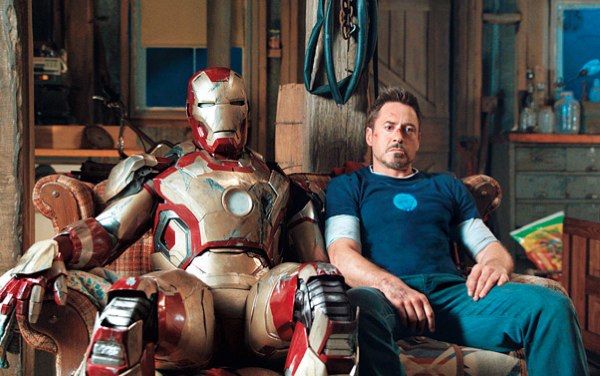 Movies at the Theater

Whether it's a huge action movie or a comedy, there's something to be said for paying the extra money to go see a screening of a new-release film. If it's an action flick, the big, big, big screen really showcases the explosions; if it's a comedy, then a room full of chuckling strangers can get you more in the mood for laughing at jokes that just aren't as funny at home. This is one of those instances where you're paying more money to have an experience. Of course, if you hate people, then it's not so much a splurge as it is torture. (Either way, we'll allow you to watch documentaries and those arty films with subtitles at home.)

As you can see, most of the items you should splurge on are amenities that make your life better in some way, offering comforts that it's worth paying a bit more for. You might also have noticed that conspicuously missing from the list are any technology items! That's because most tech is so disposable these days, and even if you splurge for a high-end model that performs extremely well, you're very likely going to want to replace it in a year or two anyway when new models come out. So why over-pay?

What about you, readers? What items do you routinely pay more for, even though budget options exist? Tell us all about your splurge-worthy items in the comments section below!

Jeff Somogyi is the dealnews Media Editor. He spends too much money on his savings account. Learn more about his conservative splurges on Google+ or Twitter.

pmrjulio
I can think of 2 things for which may make sense to pay a extra:

1. Water shoes/socks: you can go to Walmart and pain less then $10 for a pair and have painful regrets as you walk on the beach and feel how rocks open wounds in your soles and these cheap things dissolve between your toes or pay a bit extra and get the full experience. I got a pair of Topsider water shoes from Marshall's (still at a good discounted price) and they are the best.

Exception, PCs: in this time and age PC and laptops are cheap. Look for battery life (laptops) but otherwise cheap will work as well as apple or vaio

rajan_gopalk
Sunglasses!!! It's worth to get a good quality polarized shades made of quality material to keep your eyes cool and protects from severe glare rather than getting a $10 plastic trash which not only looks lame but also affects your eyes badly...
June 17, 2013