Despite having better deals, shoppers are hesitant to cruise for deals on Turkey Day.
BY:
ELIZABETH HARPER
DealNews Contributing Writer 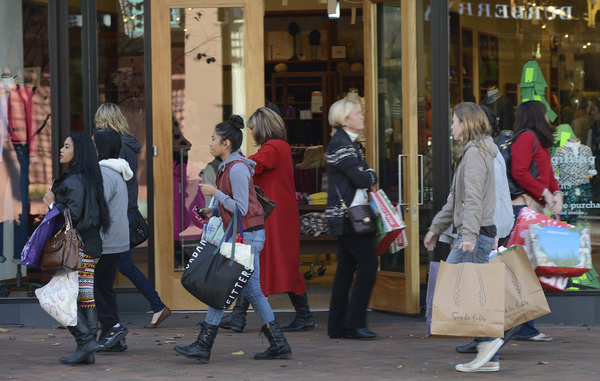 For the past three years, Thanksgiving Day has offered more deals than any other day through the holiday weekend. Black Friday actually had 14% fewer Editors' Choice deals than Thanksgiving itself in 2014, and was even topped by Cyber Monday in terms of number of bargains.

And yet, despite all this, many more people will once again be shopping on Black Friday this year than on Thanksgiving. We found that 53% of shoppers will be heading to stores on Thanksgiving day, up from the 50% who shopped on that day last year. But many more shoppers will be out on Black Friday (88%), and 85% will be shopping digitally on Cyber Monday.

So why aren't more people embracing the superior Thanksgiving day deals? And when are they shopping? We look at the revealing times and ways that dealhunters will be shopping this Black Friday and beyond.

Thanksgiving Day Shopping, and Arguments Against It

Many argue that Thanksgiving should be a time for store employees and shoppers alike to spend with their families. Every year you'll find boycotts organized to encourage people to stay home on Thanksgiving and Black Friday both.

Some stores agree, with major retailers such as Staples, Home Depot, and Costco closed on Thanksgiving. Dozens of stores have already announced closures, and by the time Thanksgiving rolls around, we're sure to hear of more.

Why close on one of the biggest shopping days of the year? Last year, Costco explained its closure thusly: "Our employees work especially hard during the holiday season and we simply believe that they deserve the opportunity to spend Thanksgiving with their families."

SEE ALSO: 26 Stores That Will Be Closed on Thanksgiving Day

Outdoor recreation retailer REI has gone beyond a Thanksgiving Day closure by announcing it will be closed on Black Friday as well. The company states, "REI believes that being outside makes our lives better. That's why this Black Friday, we're closing all 143 of our stores and paying our employees to head outside."

You Don't Have to Leave Home to Shop on Thanksgiving

While you may think of shopping on Thanksgiving and Black Friday as a crush of people and long lines, online shopping offers big deals well before Cyber Monday. In fact, Thanksgiving Day saw the lowest online prices of the season last year, with an average discount of 25.2%. Brick-and-mortar retailers know Amazon will be price-cutting to match their in-store deals — which means those storefronts will have their own online deals to match.

Nearly half of this year's holiday shopping (46.1%) will be done online, with consumers citing free shipping and shipping promotions (46.7%) and an easy-to-use website or mobile site (28.3%) as important factors in deciding where to shop. And with some of the year's best deals going digital, even online shoppers shouldn't wait for Cyber Monday to bargain hunt. With competitive online price matching and online-specific sales, you can stay home on Thanksgiving and still find some great bargains — so it's no surprise that 83% of shoppers will be on Amazon on Black Friday.

Are You an Early Bird or a Last-Minute Shopper?

Would you be surprised to know that 2% of shoppers were done with their holiday shopping by September? These early birds certainly make those of us waiting for Black Friday deals look like real slowpokes. In total, around 40% of shoppers start their holiday shopping by Halloween — though slightly more (41.5%) wait until November to start shopping.

Around 41% of shoppers wait until November to start shopping for the holiday season.

While 46% of early shoppers are angling to avoid last-minute shopping stress, there's still one in five who won't finish their holiday shopping until Christmas Eve. Now that's waiting until the last minute.

Though every day of the shopping season has a certain percentage of deals — ranking them by last year's number of DealNews Editors' Choice discounts, Thanksgiving has the most, followed by Cyber Monday and, finally, Black Friday — it's probably best to pick your shopping days based on what you're buying. Every day of Thanksgiving weekend will offer a different selection of sales — and that means there will better days to buy certain things.

However, if you're looking for specific items, take a look at the deals being offered over the weekend to decide when it will be the best time to snag a sale.

Readers, on what days do you shop the most during the holiday season? Are you more of an early bird or a last-minute shopper? Share your thoughts in the comments below!