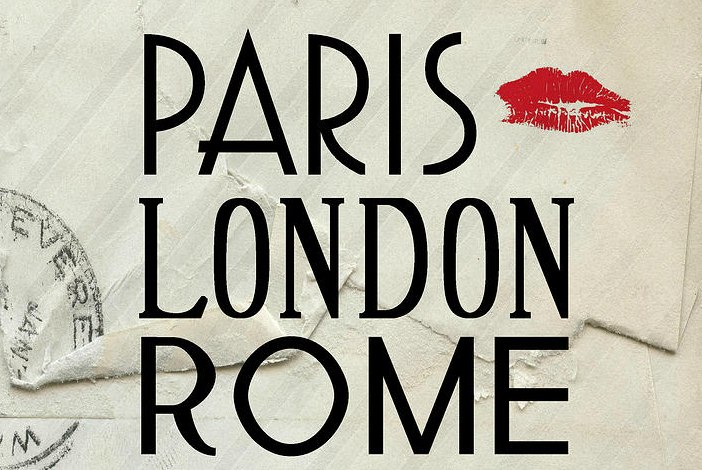 Have a pint in an Irish pub that's more than three times the age of the United States, take in the beauty of Notre Dame de Paris, and witness modern European culture, from Dublin's tech boom to Copenhagen's rising culinary scene. Whether you've never visited Europe or you're a seasoned traveler looking for new adventures, these vacation packages and deals will allow you to experience the unforgettable history, beauty, and culture firsthand.

The continent offers a dizzying array of sights and experiences, and you can easily travel to multiple destinations, whether you opt for a packaged tour or cruise, or if you choose to create your own itinerary. So pack your bags and embark on an unforgettable European adventure by air, by land, and by sea.

Europe by Air: Flight Sales to Cross the Pond

Often times, the price of airfare from the U.S. to Europe is the most cost-prohibitive part of an overseas trip. Luckily, several airlines are offering great roundtrip promotions, so you can pick and choose to find which sale has the best rate for your particular itinerary. First, check out Air France's roundtrip fares to Europe (from $599, a low by $13; expires September 12), with destinations that include Istanbul, Prague, and Barcelona, since the airline currently offers the lowest base rates.

What better place to start our tour of Europe than in Ireland, the location of the third dealnews office. Discover the country's charming emerald countryside and warm people by booking a stay through this sale on Ireland hotels and vacations (from $60; expires October 15).

Or, gather some friends and explore the Irish countryside with a 6-night flight and hotel package for four at the 5-star Adare Villa at Adare Manor (from $3232, a low by $1,018; expires September 30).

Make yourself at home at this resort, located in County Limerick, and relax in your three-bedroom villa. Then take advantage of the on-site golf course, spa, dining facilities, and shopping options. This package includes a car rental for the duration of your stay, so you can visit the breathtaking Cliffs of Moher and the charming town of Galway, kiss the famous Blarney Stone, and take a ferry to the Aran Islands.

Opt instead for the romance of Italy and visit the Eternal City with this 4-night flight and hotel package for two to Rome with stays at the JSH Hotel Rome Villa Doria Pamphili (from $1,998, a low by $80; expires September 30). Enjoy Italian cuisine, view ancient ruins, and witness modern-day Romans zip around on motor scooters. Before you leave, make sure to throw a coin into Rome's iconic Trevi Fountain — said to ensure a return to Rome.

You can also opt for a classic European trip with a 6-night flight and hotel package for two with two nights each in London, Paris, and Rome (from $2,798, a low by $470; expires September 13). Fly to London, where you can take in iconic sights like Buckingham Palace and Westminster Abbey, as well as the city's newer gastropubs and the London Eye. A train takes you to Paris, home of the Eiffel tower, sidewalk cafes, and picturesque beauty at every turn. Then fly to Rome, where you can explore the city's unique blend of ancient and modern cultures.

Europe by Sea (or Waterway): See Multiple Sites by Boat

If you'd like to take in multiple destinations without the hassle of packing and unpacking, consider a 7-night Norwegian Cruise Line Mediterranean Cruise for two (from $998, a low by $60; expires September 10). With this trip, you can take a gondola ride in Venice, Italy, before setting sale for the historic Slovenian port city of Koper. You'll visit Croatia, which is quickly becoming a favorite European vacation destination. Explore the ancient Roman ruins and medieval buildings of Split and the old walled city of Dubrovnik, which includes a cathedral, Sephardic synagogue, and monastery, as well as a still-operational pharmacy dating back to 1391. The ship then heads back to Italy, docking in Messina, Sicily, and Naples before ending in the Roman port of Civitavecchia.

If you've opted for one of the flight deals to Copenhagen, consider a leisurely trip back via Miami on a Norwegian Cruise Line 12-night Transatlantic cruise for two (from $598, a low by $40; expires September 30), the least-expensive cruise of this type we've seen. You'll have 10 days at sea aboard the luxurious Norwegian Star, where you can enjoy specialty dining options, onboard entertainment, and plenty of leisure and fitness activities. Along the way, there's a stop in Ponta Delgada in the Azores, where you can take a historic city tour and sample local wine and cheese.

Before departing Copenhagen though, try the traditional smørrebrød sandwiches and Danish hot dogs, as well as the innovative cuisine of Noma, considered one of the best restaurants in the world — perhaps after taking in dizzying, panoramic views of the city from the 80-foot Star Flyer, located in Tivoli Gardens amusement park. If the city doesn't appeal to you, however, check out other transatlantic Norwegian Cruises (from $399 per person; expires September 30) that depart from ports in Spain, England, and Italy.

We hope we've inspired you to navigate the canals of Copenhagen or Venice, and stroll the famous boulevards of Paris or the medieval streets of old Dubrovnik — or wherever your European travel may lead. But if you have another voyage in mind, be sure to have a look at our weekly roundup of the best travel deals for additional discounted flights, hotels, and vacation packages.

The Deals at a Glance:

VIEW ALL
Blog · Roundups · 8 hrs ago
The Best Shoe Deals
The experts within Castle DealNews love nothing more than a strong discount on the biggest shoe brands, so keep your eyes affixed here for the best deals on Nike, adidas, New Balance, Birkenstock, and more.
Blog · Morning Jolt · 12 hrs ago
5 Deals You Need to Know Today: A Great Price for a Great Clip
An extended period of unchecked hair growth and home haircuts have helped us remember that not all locks are created luscious, and so a hefty discount on a professional cut at Great Clips is most welcome. Check out this offer and more in our roundup of the five best deals we found over the last 24 hours.
Blog · Consumer News · 1 day ago
4 Reasons to Use Fix-a-Flat to Repair a Tire (And 6 Reasons Not To!)
Are you tempted to replace your spare tire with a can of Fix-a-Flat, Slime, or some other tire sealant? Read on to see why stop-leak solutions can be a bad idea, and when using them might make sense!
Blog · Buying Guides · 2 days ago
All the Best Student Discounts and Freebies in 2021
College can be expensive, so it only makes sense to save wherever you can. If you're in school, check out our guide on where to get student deals in 2021.
Blog · Buying Guides · 2 days ago
The 9 Best Things to Buy in August (Plus 7 Things to Buy Later)
August brings Back to School sales and early Labor Day savings, plus other discount opportunities. Check out our guide to the best things to buy in August to learn more.

That's the best price we could find by $171. Buy Now at Amazon

That's the best price we could find by $170. Buy Now at Adorama