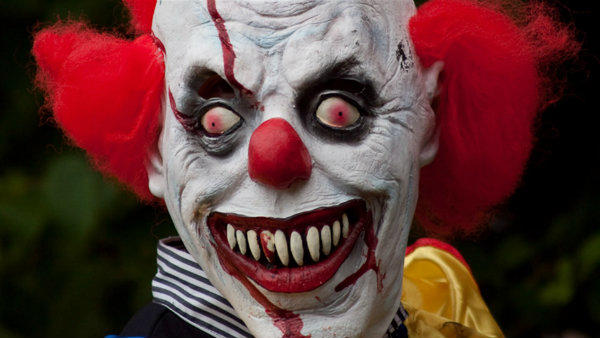 Recently, Target announced its decision to pull clown costumes from its shelves during this Halloween season in response to the spate of creepy clown incidents popping up across the country.

"Given the current environment, we have made the decision to remove a variety of clown masks from our assortment, both in stores and online," Target spokesman Joshua Thomas said in a statement.

This follows after McDonald's revealed that its Ronald McDonald mascot would be keeping a low profile until the clown hysteria dissipated.

"If a person can avoid these fears or concerns by dressing up as something other than a clown or not wearing a mask, it may be a more enjoyable Halloween for everybody."

What's more, several school districts have banned clown costumes, while some police departments are asking citizens to choose other options this Halloween. In San Diego, Officer Mark Herring told the local NBC News affiliate, "If a person can avoid these fears or concerns by dressing up as something other than a clown or not wearing a mask, it may be a more enjoyable Halloween for everybody."

SEE ALSO: 8 Ways to Save on Candy, Costumes, and Spooky Decor for Halloween

The hysteria began in Greenville, SC in August, when police began receiving calls about clowns trying to lure children into a forested area with money. Since then, police in 37 states and abroad have responded to reports of menacing clowns. Most have been copycats responding to the viral trend, but in Reading, PA, a man in a clown mask stabbed a 16-year-old boy to death. In New York, a clown wielding a knife chased a teenager from the subway.

Readers, what do you think of the creepy clown craze? How do you feel about the actions taken by Target, McDonald's, and others? Share your thoughts in the comments.

Brook
I'm shocked by the power of social media. Warranted or not, all it takes is an accusation and your done. This clown thing has gotten blown so out of proportion. Has anyone actually been injured or hurt by and such clowns?
October 27, 2016