The sales have arrived, but they're still not worth your time and money.
BY:
JULIE RAMHOLD
Senior Staff Writer/Spokesperson 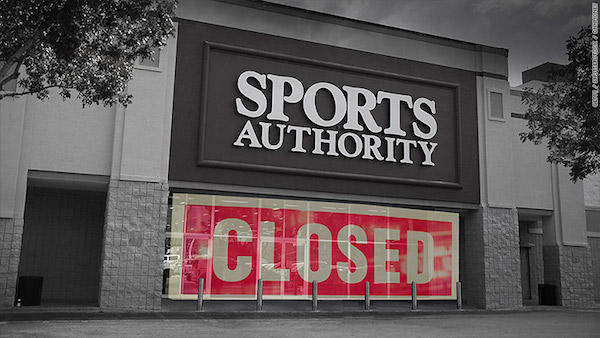 Unable to restructure after filing for bankruptcy in March, Sports Authority is now closing all 463 of its stores. That means the highly-anticipated going-out-of-business sales are finally here.

Liquidation sales tend to lead shoppers to believe they're scoring a great bargain on merchandise, but that's rarely the case. Shoppers shouldn't flock to these kinds of sales expecting to see major steals. As we've shown in the past, they rarely provide notable savings.

Update: While we continue to advise shoppers to avoid Sports Authority's in-store liquidation sales, our editors have noticed several well-priced deals online. (Golf clubs are among the highest discounts.) If you decide to shop the sale online, just be sure to price-check everything before buying.

No Returns, No Credit, No Thanks

The whole idea of a liquidation sales suggests that prices will be at their lowest point ever. Liquidation comes when businesses are floundering, or have already given up. Yet even when a business is sinking, its primary goal isn't to quickly clean out its inventory, but to make money. And businesses aren't going to make money by "practically giving away" their products.

SEE ALSO: Did You Fall for These 9 Shopping Myths?

These sales have all manner of drawbacks. There are typically no refunds or exchanges — meaning every sale is final, no matter what condition an item is in. There's also not likely to be any customer service or concerns with customer satisfaction. All employees are usually running registers, not assisting on the sales floor.

Plus, not all forms of payment are accepted. Depending on how far into the sale the store is, it's likely that gift cards and checks will not be allowed. The longer a sale goes on, the more probable it is that credit cards will also be excluded, meaning it's cash or nothing.

There are typically no refunds or exchanges — meaning every sale is final, no matter what condition an item is in.

Liquidation sales are also typically staged events, meaning the suffering company has hired another company to come in and handle pricing and advertising. These firms will even hire extra salespeople, but those extra hires just serve as warm bodies to run the registers.

In 2011, the bookstore company Borders announced it had filed for Chapter 11. We spotted sales right away, but they only boasted savings of 20% to 40% off initially. As the sales continued, the savings actually got worse.

Prices actually increased the longer the sales went on. We checked 25 items from different categories early on, before the liquidation began. After noting the prices, we checked back a mere week later, when Borders had begun its "everything must go" advertising campaign.

Of the 25 items we'd previously checked, 19 were cheaper before the supposed liquidation sale started. Borders had also previously offered a 30% off coupon that showed better savings than the liquidation prices. Most of the time, though, Amazon and Walmart still beat the bookstore's pricing overall.

Resist the Urge to Go All Out at Sports Authority

Sports Authority's liquidation sales are starting this week, but we have no reason to believe they'll be worthwhile, even now. If you've been waiting on the massive savings on Sports Authority merchandise to roll in, don't be fooled — do your research. You might think you're getting a can't-miss deal, but check first with the surviving competitors.

Amazon, Walmart, and even Dick's Sporting Goods could have a better price. Odds are you can find a better deal elsewhere, from a business that isn't trying to wring whatever money they can out of shoppers before shutting their doors forever.

Don't forget: The purpose of a liquidation sale is mainly to make money. If you refuse to be swayed from shopping the Sports Authority liquidation sales, remember that any notable discounts won't show up until the end of the sale, likely in August. And by then, the good stuff will probably have been picked over by shoppers less savvy than you.

What do you think, reader? Can you convince us liquidation sales are in fact a good value? Sound off in the comments below.

Dhanjit
I agree.
I don't see any noticeable discounts in SA.
I think, they have increased 30% price and giving 10% discount.
I checked tennis ball price today,
60 set, costco price 60 cents per ball while SA price 1.27 after 20% discount.

skyguide
Marked up to mark down. Went to a store. Picked over, No deals and No Returns. The buyer should beware on this one.
May 26, 2016

Phlip
Fresh n easy WOOB? Thought mine just had a sucky location. Never shopped there though lol.
May 26, 2016

zinimusprime
@Lindsay Sakraida (DealNews) it means "Going Out Of Business". Don't worry, it took me 5 minutes of sounding like an idiot to figure it out.
May 26, 2016

nematoda
So true. When Fresh & Easy went out of business a few years ago, the store ran big ads suggesting prices had been drastically cut. I was drawn in, but nothing was really cheaper than before.
May 26, 2016

phatlee
totally agreed. been checking SA since they first announced the closing. everything is way overpriced even with so called closing sale discount. no wonder they ran out of the business.
May 26, 2016

CinciShopper
The prices at the local k marts skyrocketed when the liquidators came in after they announced they were going out of business. The liquidators raised all of the prices up to the "MSRP" and then backed them down 20%. The problem was that MSRP minus 20% was still 20% above what everyone else was charging. That didn't stop people from loading up their carts. SMH...

I got a few deals from Sports Authority in the last couple of months but I don't see those prices anymore except for one. Their price on The North Face Surgent pants that I bought are still a pretty good deal even though the "real" 20% off sale they were running that I took advantage of is gone.
May 26, 2016

Rich_P
20-25 years ago GOOB sales yielded good deals. That's definitely not the case now with the growth (and competition) of online plus the takeover of GOOB by third party companies.
May 26, 2016

kaymore
Agreed. Also, you need to visit the store to check prices. They won't answer questions on the phone and the store's website blocks any of that location's inventory information.
I also dislike the "up to x% off" drive by signs. A recent Toys R Us store closing advertised "up to 40% off" when very few departments had more than a 20% discount (and some even less). Hardly a bargain, but yet there inventory was already significantly reduced.
May 26, 2016

rbmail
Agreed. I've learn to really ignore all "closing sales". The savings don't justify the time/inconvenience unless you need that item right now. 25 -30% off retail just don't cut it.
May 26, 2016

Phlip
I got in on the sports chalet liquidation. I bought a snorkel set w/fins msrp 69.99. Got it for 44.
After having hit up sports authority first then big5. In which I bought snorkel sets of the same price from each store. Lol. Returned them after I went to sports chalet last. One day before my flight.
May 26, 2016

MWFplus3
Very good article, very valid points. I recall getting a sub-woofer at Circuit City when they were closing their stores, thinking I had found a real bargain until I got home and compared what I had paid to prices at other stores. I didn't overpay, but I certainly didn't get a deal. It's easy to get caught up in all the hype.
May 26, 2016

VIEW ALL
Blog · Buying Guides · 28 mins ago
59 LGBTQ-Owned Businesses You Can Support This Year
June is Pride Month, so if you're looking for a spate of LGBTQ-owned businesses to support with your wallet, we've got you covered! Check out our guide for 59 shops to check out now, as well as tips on how to find more.
Blog · Morning Jolt · 9 hrs ago
5 Deals You Need to Know Today: Under(priced) Armor at Amazon
Finally, a good excuse to use the word "pauldron" on this website – it's been ten long years. Check out this offer and more in our roundup of the five best deals we found over the last 24 hours.
Blog · Buying Guides · 2 days ago
The 9 Best Things to Buy in June (And 4 Things to Buy Later)
While June may be a prime time for vacations, it's also a great time to find excellent deals. Check out our guide for what to buy in June and what you should hold off on until later in the year.

That's a savings of $10 under the lowest price we could find for a similar stovetop grill. Buy Now at Kohl's

Save an extra 60% on already discounted apparel with coupon code "PEEP". Shop Now at Lands' End

Add a Black or White pair to cart to see this price. Buy Now at Toms