Will Apple Remove the Headphones Jack on the iPhone 7?

Rumor has it that Apple will use the Lightning port for audio instead, in order to make the phone even thinner.
BY:
JULIE RAMHOLD
Senior Staff Writer 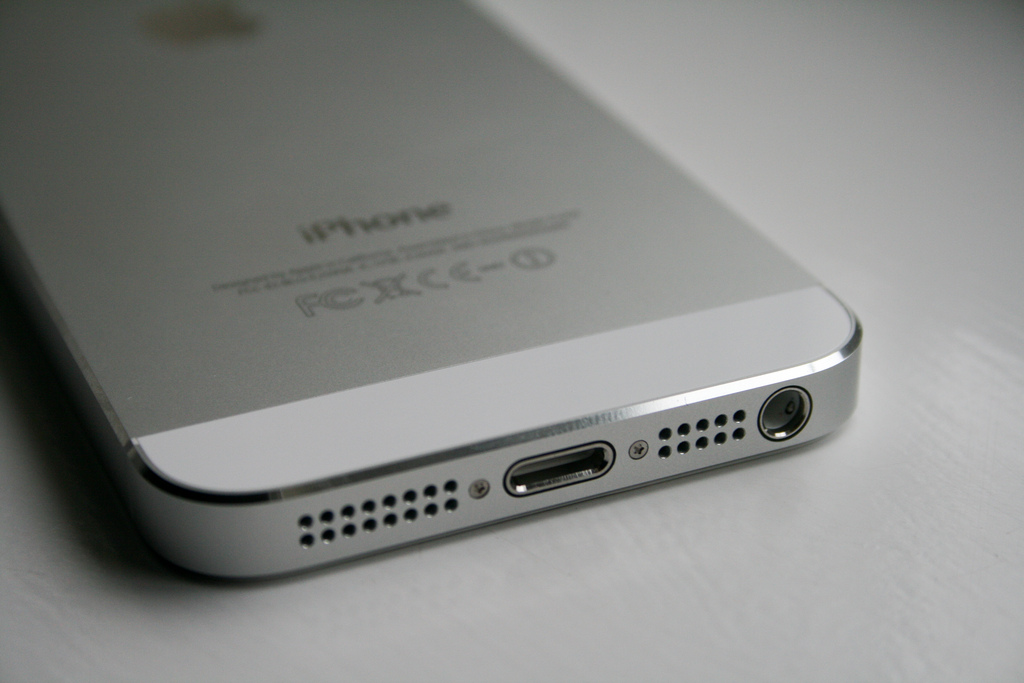 Apple just released the iPhone 6s and 6s Plus a few months ago, so you know what that means: time for iPhone 7 speculation!

iPhone 7 rumors are already swirling, and the one that seems to have most of the internet in a frenzy is whether or not the latest generation will change the way we listen to entertainment on our phones. A report from an anonymous Apple insider claims that the manufacturer is planning on removing the headphone jack on future iPhones, as initially reported by Macotakara.

In an effort to continually reinvent the wheel, Apple could be planning their thinnest iPhone yet. This is baffling to some, since there was a significant issue with the iPhone 6 Plus bending in users' pockets. And yet, if Apple does indeed move to a slimmer model, there will be literally no room for the standard jack that's found on most electronic devices.

So what does this mean for your workouts and morning commutes? Macotakara's "reliable source" claims that Apple will replace the traditional earbuds with some that will utilize the Lightning port, which has been on all their models since 2012. That would mean that the entire audio industry will have to adjust to the new standard.

Readers, what do you think? Will the elimination of the universal headphone jack make you think twice about purchasing the iPhone 7? Or are you satisfied as long as they include compatible earbuds? Sound off in the comments below!

Kplan23
Removing the jack may make more room inside for a larger battery.
December 8, 2015

Lindsay Sakraida (DealNews)
@Will_Q That's an interesting point, although I would have to imagine stores using something like Square could just get the inevitable Lightning to audio jack adapter that will get produced.
December 7, 2015

Will_Q
This appears to me less about headphones and more about Apple Pay. This is obviously a play at reducing the alternatives to Apple Pay that use the headphone jack for payments like Square, PayPal, VeriFone, Bank of America and tons of other banks that use headphone jack payment swipe devices. Pretty smart move by Apple to strike a blow to their competitors and reduce their ability to profit using iDevices. Using wireless technology like Bluetooth will cost providers tons of money for new devices and to pass PCI compliance.
December 6, 2015

Gio In LA
So - instead of making the phone BETTER (better RF and audio) or to put in a larger battery so you can go a full day or 2 without charging, all Apple can think of is to make the phone thinner? How ridiculous. They are obviously running out of ideas - there's been nothing new for years, now.

So why not Bluetooth wireless earphones? 1. You may want to use your own earphones (so now you need an adapter). 2. Yet ANOTHER thing to charge and keep charged and to run down when you need it most.

Scott7
DealNews made the same trolly speculation when Apple removed optical drives from laptops, or as a reason to explain lack of SD card slots on iPhones. In all of these cases, there is a valid technical explanation.

There are 3 reasons to wildly speculate as to motive:
1) tinfoil hat is breached
2) Some people need to self-validate (this extends to other technology, car purchases, and politics)
3) "click bait". These articles are meant to raise ad revenue, not inform. (The headline could almost read "Apple may force you to buy new headphones you won't BELIEVE why...".)

Pretty sure third parties have the Bluetooth headphone market saturated. If Apple sees a cost, size or battery benefit then it's their job to do it first (and a year after everyone complains, they'll mimic Apple. Like we see now everyone phasing out SD cards on high end phones).

msalvador
It makes sense. To make the iPhone thinner and with a nice profile, Apple will defiantly need to remove the standard audio jack. Bluetooth is already becoming the standard as it is and if apple were to include the new Audio headphones with the iPhone7 then I really do not see an issue here. If you spent the $300 on Beats headphones then ok I can see that being an issue but I am sure they will offer an adapter.

Apple is that company that does not like to wait. They are innovators, they are known to set the standards. This is no different.

Department stores like Walmart, Five Below and Target will for sure offer these new headphones at a reasonable price. Some people simply do not like change but that's what technology is. Change.

All I would like from Apple is longer battery life and fast charging. Whatever they need to do to make that happen is fine with me.
December 3, 2015

mlbsys
Or Apple can make more $ by selling a blue tooth to jack adapter!
December 2, 2015

jmackinac
I don't care for this move at all and I don't even use an Iphone. I use Android, but own Apple stock and I'm waiting for the breaking point that Iphone users arrive at to stop putting up with Apple's bullsht
December 2, 2015

BarefootedWonder
This supports my theory that Apple has anorexia. Their obsession with being thin is leading them to make some poor life choices. Now they're thinking of removing the headphone jack shortly after they launched their big new Apple Music venture? Are they trying to entice audiophiles or drive them away?Also, as much as I'd love to have a pair of expensive Bluetooth headphones so that I can drain my phone's battery faster and have the fun and excitement of needing to remember to manage the battery life on another device, I've grown rather accustomed to using the built in volume buttons on my EarPods. If they do switch to lightning EarPods and offer an adapter for third party headphones, as the rumors suggest, I just hope they put the volume controls on the adapter so we can finally have that functionality with more than one pair of headphones.
December 2, 2015

jeoff
I *hate* the Lightning charge port--the cords wear out, and are more expensive than the old versions. I am thinking about ditching the iPhone based off of the charge port alone! This would probably seal the deal for me.
December 2, 2015

kevin107
While I think that would be unnecessary to have a thinner phone, I can see Apple removing the jack with their own interests in mind (such as forcing lightning connectivity).

Though, I don't get why we're not all using wireless bluetooth headphones by now.. it's so much more convenient than tangled wired ones.
December 2, 2015

Blog · Roundups · 4 days ago
The Best DeWalt Deals
We've rounded up the best deals on DeWalt tools, tool sets, combo kits and more – from beginners to hobbyists to pro-am and beyond, look no further for your cheap DeWalt needs.

Save on over 30 models, with mostly 4K styles on offer. Shop Now at Woot! An Amazon Company

Save on thermostats, home security, and more from Google Nest, Ring, Amazon, and more. Shop Now at eBay