The iPad Air 2 will see deals in a matter of days, but seasoned shoppers should wait till Black Friday week.
BY:
LOUIS RAMIREZ
DealNews Contributing Writer 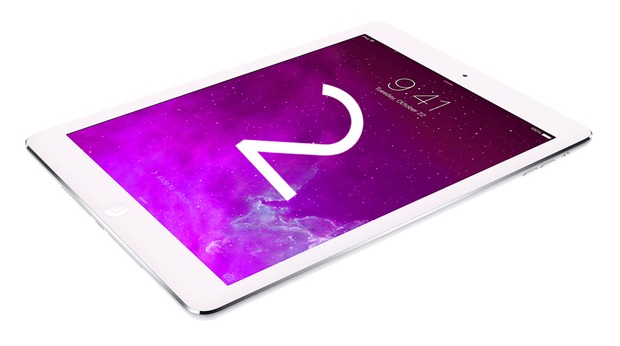 It's been less than 24 hours since Apple's iPad announcement, yet we already know of one likely way to save $80 on the new iPad Air 2 — wait for Black Friday. Last year, the now-defunct iPad Air saw incredible deals during Black Friday week with retailers slashing its price to $429, while others bundled it with generous $75 and $100 gift cards. And the good news is, even early adopters can save money because the first wave of iPad Air deals will surface before Halloween.

Based on last year's trends, the iPad Air 2 could see its first deal within the next 10 days courtesy of Walmart. The Arkansas-based retailer was the first store to discount the iPad Air last October, slashing its price to $479. Just hours after Walmart's announcement, Staples and Best Buy followed suit, price-matching the mega-retailer at $479. Even more shocking, some in-store shoppers reported that the Apple Store was also price-matching Walmart, though consumers had to ask for the price match in person. Overall, early adopters can save 4% ($20) on the new iPad if they wait roughly 10 days.

If you're a little more patient (i.e. you can wait more than 10 days), holding out for Black Friday week brings about the most savings. Last year, the iPad Air got a 14% price cut just two days before Thanksgiving, dropping its price to $429. Although the deal was short-lived (it lasted less than 24 hours from retailer Quill), more attainable deals from retailers like Best Buy and Staples cost just $20 more.

However, super-low prices aren't the only benefit of waiting until Black Friday week. Another plus is that you can pick the type of iPad deal you prefer. For instance, if you prefer deals with bundled gift cards, keep an eye on sales from Target and Walmart, which sold the iPad Air for $479 with a $100 and $75 gift card respectively. These deals were not as short-lived as the Quill deal and surfaced a few times during Black Friday week. Though keep in mind, last year November deals fared slightly better than December deals for the iPad Air. So if you spot a deal you like, buy it.

If your heart is set on that A8 processor, your next best bet is to wait for Apple refurbs, which come with a rock-solid 1-year warranty. These deals tend to appear five months into the product's lifecycle and offer a consistent $80 off the full retail price of the tablet. Alternatively, you can check out the iPad Air (2013 model), which Apple just reduced to $399. Refurb versions of the iPad Air (2013 model) could sell for $379 ($20 cheaper than Apple's just-announced price) via the Apple Store, as we saw last November.

We're entering a buyer's market for tablet deals. Studies show that declining sales and the rise of the cheap smartphone have slowed down tablet growth. Competition is also fierce, with Amazon's legion of new Fire tablets and Google's just-announced Nexus 9 for $399. But that's good news for shoppers, because it means we should see some exciting tablet deals in the coming weeks.

What do you think? Will you spring on the first iPad Air 2 deals, or wait even longer? Let us know in the comments below.

MrLucky
Very grateful for the fantastic analogy of the iPad Air 2 timing for the Next big Discount by Louis Ramirez, above. Will follow his Excellent suggestions. Will be on the lookout for these Deals, especially at Target & Walmart, the week of Thanksgiving, here, on DealNews.

Keep up the superb work, Louis.

NoSpam
Thanks for the tips Louis, I'll check them out. BTW, it would be helpful if we could get notified of replies to our posts, and/or choose to be notified of all posts to a topic, whether we post or not.
October 17, 2014

Louis Ramirez (DealNews)
Sounds like a good strategy! Just remember to shop around your iPad Air to see who will give you the most money. You have sites like Amazon Trade-In, Glyde, Gazelle, and even the Apple Store. (You can also go the eBay route if you don't mind getting your hands a little dirty).

Sites like Gazelle and Amz let you hold on to your iPad for around 30 days after clicking the "sell" button....so if you find a better offer 2 weeks later, you can cancel your "sale" and sell to the higher bidder. Finally, some sites (like Gazelle) offer coupons that fetch you an extra $10 or $20, so it's also worth doing a quick search for coupon codes.

Bottom line -- Black Friday is going to bring a lot of good iPad Air 2 deals. But use that same kind of nitpicking when you sell your old iPad Air, that way you get the most money for your sale.

snoonw
There is hardly any differences between last yr models or this yrs model.
I just bought my dad a toshiba used 7in tablet from dealnews from cowboom and it works great he is very satisfied. It was $40.00
I dont see there being need to sell expensive 500 tablets even google is making the same mistake as apple and selling nexus 9 for an arm and a leg
October 17, 2014

NoSpam
I'm wondering if I should sell my iPad Air now, and then wait for a good deal on the iPad Air 2. I still have my iPad 2 I can use in the meantime. Any thoughts?
October 17, 2014

Save an extra 25% off summer styles via coupon code "SUMMER". It includes full-priced items, plus it stacks with sale items also, which are up to 50% off before the code already. Shop Now at adidas