The First iPhone SE Discount is Here, But Not From Apple

As always, we recommend buying Apple products from certified resellers, who offer much better discounts. In this specific case, your best bet is Walmart.
BY:
JULIE RAMHOLD
Senior Staff Writer/Spokesperson 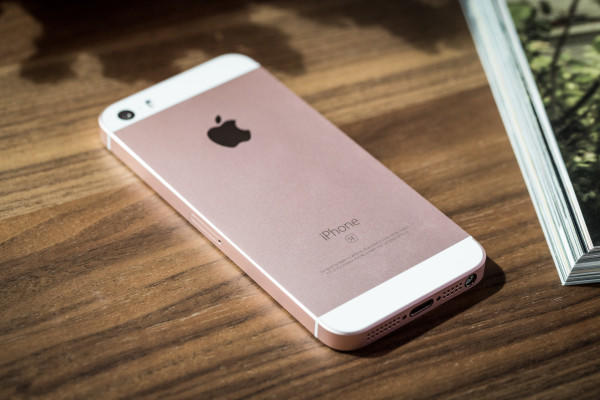 Just a day after Apple began shipping the new iPhone SE at the end of last month, the first discounts made an appearance. Not surprisingly, the savings aren't from Apple.

Instead, the best place to get a deal is a store that's rapidly becoming the go-to source for discounts on new Apple products — Walmart.

Take $100 Off Through the End of June

For the next few months (through the end of June), Walmart is taking $100 off all iPhones, including the new SE. The only catch is that the device must be purchased in a Walmart store, and on a monthly installment plan from Verizon, AT&T, or Sprint (excluding only T-Mobile from among the major carriers).

Also, the discount isn't immediately taken off, but rather comes as a discount on your monthly bill. Still, this deal adds up to significant savings on the newest iPhone model.

It's become fairly common for Walmart to be the first retailer to offer discounts on new iPhones, but the savings are definitely getting better each time. Historically, it's undercut Apple even on preorder pricing. It was the first to show a deal for both the iPhone 5 and iPhone 5s, cutting $9 off the preorder price. When the iPhone 6 was announced, Walmart also bundled it with gift cards and then cut the price to $179, compared to the standard $199 Apple was selling it for.

SEE ALSO: 7 Things You Need to Know About the iPhone SE

This deal includes not just the new iPhone, but all iPhones currently available. It's without a doubt the easiest way we've seen so far to get a good deal on the SE. This is a pretty big discount, and the fact that it applies to most of the major carriers through an extended period of time makes it unbeatable, at least for now.

With every new product release, it becomes more apparent that the way to save money on Apple devices is to purchase from a retailer other than Apple. Its sales tend to be infrequent and uninspired. For instance, at the same event where it announced the SE, it also announced price cuts on the Apple Watch. Except those price cuts weren't anything special compared to the deals other retailers have hosted since December.

So once again: If you're going to buy Apple, don't actually buy from Apple. Other retailers host plenty of great money-saving opportunities for people who want to upgrade. You just have to know where to look.

Readers, what do you think? Does this noteworthy discount at Walmart make you want to buy the new SE — or upgrade to a new iPhone in general? Sound off in the comments below!

Mph161
not available in stores yet I checked this morning, walmart's website and inventory availability are the worst.
April 8, 2016