The next generation of the smartwatch might not debut until the fall now, which makes current deals more enticing.
BY:
JULIE RAMHOLD
Senior Staff Writer/Spokesperson 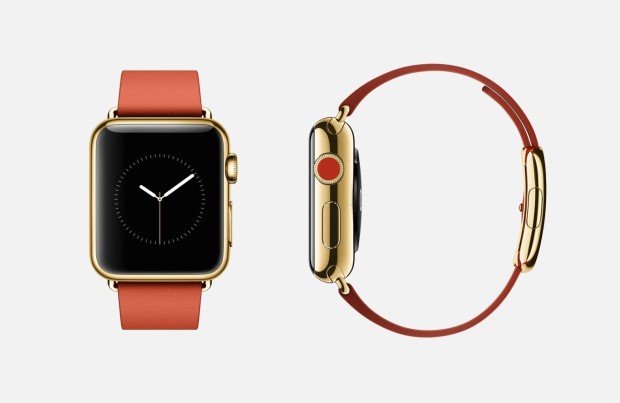 Back in December, it seemed pretty likely that new Apple Watch models would be here in March. And because of those rumors, some of you might have decided that waiting for the Apple Watch 2 was preferable to saving $100 on a soon-to-be outdated model. But given the latest Apple Watch news, shoppers might want to rethink that strategy.

The Apple Watch 2 Might Not Come Until the Fall

That's right — the newest reports say that Apple won't release a new Watch in March, but will instead announce new wrist bands. The report also claims that a software update will also be available, but for those eagerly awaiting a retooled version of the watch, you'll have to wait much longer.

Having recently partnered with Hermès, there's some speculation that the new bands in March will be the result of similar agreements, yielding more fashionable band options.

Meanwhile, the software update appears to be catching the Apple Watch up to the latest iPhones running iOS 9; the new OS will reportedly provide enhanced Apple Maps, including the Nearby feature already available in iOS 9, plus the ability to pair several Apple Watch devices to a single iPhone.

So Should You Buy Now or Wait?

In December, our advice about whether one should buy the Apple Watch now versus later hinged on the Watch 2 release in March; at the time, it didn't seem like long to wait to either get the new model, or an even better deal on the previous generation. (Older models always see a new slew of discounts once the next model is announced.)

But now that the Watch 2 release might not come for another eight or more months, the wait seems less worth it, if all you want is a deal on the current generation.

Around Christmas, Apple Watches could be found for $100 off at Best Buy. Though they're no longer available, Target recently offered $100 off a selection of the aluminum Watches, and Groupon hosted a deal for a Watch sport bundle for $400.

Plus, retailers like JemJem have already been seen offering extra savings on refurbished models via coupon codes. If you keep your eyes peeled, you just might find a satisfying discount in the coming weeks that trumps the wait.

However, if you've waited this long, and you're really curious about what the Watch 2 will be like (will it have a thinner case?!) then maybe it's not such a bad idea to wait a little longer.

Readers, are you planning to spring for a first-gen Apple Watch now that you've heard the latest talk? Or will you hold off and see what Apple is planning for the Watch 2? Sound off below!

snoonw
watches will never take off until the price is like 50-100 then they will become like casio watches.

i wont be surprised amazon comes out with a kindle watch for $50 2016 holidays. i think 50 is a decent price to get the watch industry off it doesnt cost much to make one

Clip the on-page coupon and apply code "32YBVF1Y" for a total of $53 off the list price. Buy Now at Amazon

Take $9 off with coupon code "35UYKSVZ". Buy Now at Amazon

Coupon code "MEMDAY15OFF" cuts it to $59 less than you'd pay for a new one and the lowest price we've seen in any condition. Buy Now at eBay