Apple Pulls the Plug on Its eBay Store, No Longer Selling Refurbs for Less 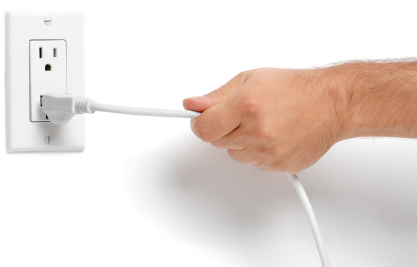 While it became common knowledge amongst techy deal hunters that Apple was purportedly selling its own refurbished goods through a mysterious eBay store by the name of Refurbished-Outlet, dealnews discovered last month that several of these goods were less expensive than the Apple Store's own inventory. In a sense, Apple was undercutting Apple. Sweetening the deal even further, the storefront only collected sales tax for select states.

These discounts were music to an Apple-phile's ears, and word spread pretty quickly. However, given the fact that Apple has notoriously strict policies regarding its image and pricing, it shouldn't come as a surprise to learn that this magical eBay store is no longer. As 9-to-5 Mac originally reported, the Refurbished-Outlet eBay store removed all of its products on Saturday and has since remained empty. Visiting the "home page" just redirects you to a list of frequently asked questions. It appears that this seeming experiment, which began in November 2012, is decidedly over.

All a cash-strapped Apple fan can do now is periodically refresh the page to see if maybe, just maybe, Refurbished-Outlet comes back to us, once again sporting all-time low prices on things like the 128GB 13.3" MacBook Air and 32GB and 64GB iPod touch players. But in the likely event that this doesn't happen, we can just learn to shop intelligently for Apple products, whether it be waiting patiently for that initial deal or perusing resellers and Apple's official refurb section for discounts.

Readers, did any of you manage to score one of the deals from the Apple eBay store before it went defunct? Do you think Apple pulled out once it became widely known that it was potentially undercutting its own Apple Store prices? Sound off in the comments below.

Related dealnews Features:
Follow @dealnews for the latest roundups, price trend info, and stories. You can also sign up for an email alert for all dealnews features.
DealNews may be compensated by companies mentioned in this article. Please note that, although prices sometimes fluctuate or expire unexpectedly, all products and deals mentioned in this feature were available at the lowest total price we could find at the time of publication (unless otherwise specified).

leefr
I purchased an 32Gb 4th generation iPod touch on the eBay site for $179 and saved $30 over the same item on the Apple Refurbished site. As soon as the eBay site closed down, Apple lowered their price on this refurbished model to $179.
April 4, 2013

ibex333
The biggest temptation for me was NO TAX. I cant stress this enough. NO TAX! NO TAX! NO TAX! NO DRACONIAN NEW YORK CITY TAX! I would never, ever dare to buy an apple computer if not for this amazing, ridiculous deal. I scored a 13 inch MacBook Air and very glad I pulled the trigger.
I am pretty sure these guys will not honor the warranty if I ever need to take advantage of it making some lame excuse such as "you bought it on ebay", but hey... I'd never get one of these so cheap elsewhere.
And did I mention free shipping and no new york city tax?!

AzNNiNjA01
If you are looking for deals on Apple products, I know a way kind of only for military people would get. If you happen to know someone working in the AFFES departments, they can get their hands on a $100 dollar voucher to be used to buy anything in their departments, the cool thing about it is that it has a 20% discount code on the bottom of the voucher. I just got my hands on one from my brother so I'll be going to The Exchange to purchase a Ipad for my daughter. Let's do the math, $100 voucher for $80 cash and you get 20% off on anything you buy while you use the voucher at The Exchange Store. $500 Ipad would have cost me $380 and there is no tax!
April 2, 2013

kmwaz
I did buy a 3rd gen Verizon IPAD at a great price but.......they also told me it was eligible for Apple Extended warranty which I think is a must for these things but alas it wasnt to be. I took it to Apple store and the serial number showed it was initially sold well over 30 days ago (which it can't be to be eligible). So I'm still trying to rectify this with Refurbished Outlet. They are still communicating but it's hard to believe they didn't know this upfront when I asked them before purchase it if it was eligible. Make you wonder if they really were Apple people why didn't they know that.
April 2, 2013

hutuka
@DOCJOHNNY lol it's Apple you're taking about "decent price" (and to the value of the product) has never been in their dictionary.
April 2, 2013

DOCJOHNNY
Why all the cloak and dagger BS in the first place Apple should just sell the refurbs at decent price thru their store and people will by them!
April 2, 2013

VIEW ALL
Blog · Roundups · 12 hrs ago
Here's Everything We Know About 2020 Black Friday Laptop Deals so Far
Whatever type of laptop you're looking for this year, you can expect to find a deal for it on Black Friday. To learn more, check out our preview of Black Friday laptop deals, including MacBooks, Chromebooks, and Windows machines.
Blog · Roundups · 13 hrs ago
The Best Video Game Deals
The best of the best when it comes to video game deals, cheap consoles, and discounted accessories are gathered here, in one convenient roundup.
Blog · Buying Guides · 17 hrs ago
What to Expect From Walmart Black Friday Deals in 2021
Walmart is one of the biggest players when it comes to the Black Friday game, but don't let that overwhelm you. Check out our guide to find out what to expect from Walmart Black Friday deals in 2021.
Blog · Roundups · 1 day ago
The Best Men's Clothing & Accessories Deals
From adidas to Uniqlo and Allen Edmonds to Wilsons Leather, this is your guide to the best men's clearance sales, designer clothes deals, and everything discounted in the world of men's clothing.
Blog · Buying Guides · 4 days ago
What to Expect From the Amazon Black Friday Sale in 2021
Does Amazon do Black Friday? The answer is a very emphatic yes, but don't count on the site to treat the holiday the way others do. Read on for our complete guide on what kinds of items will be on sale and how to snag the Amazon Black Friday deals that are worthy of your effort.

Save on women's sweaters, coats, jeans, and more with the in-cart discount. Shop Now at Talbots

Save on holiday decor, furniture, rugs, and more. Shop Now at Overstock.com

Shop select pendants, rings, and earrings marked up to 87% off. Shop Now at Szul