Android TV: The Streaming Market is About to Get Crowded 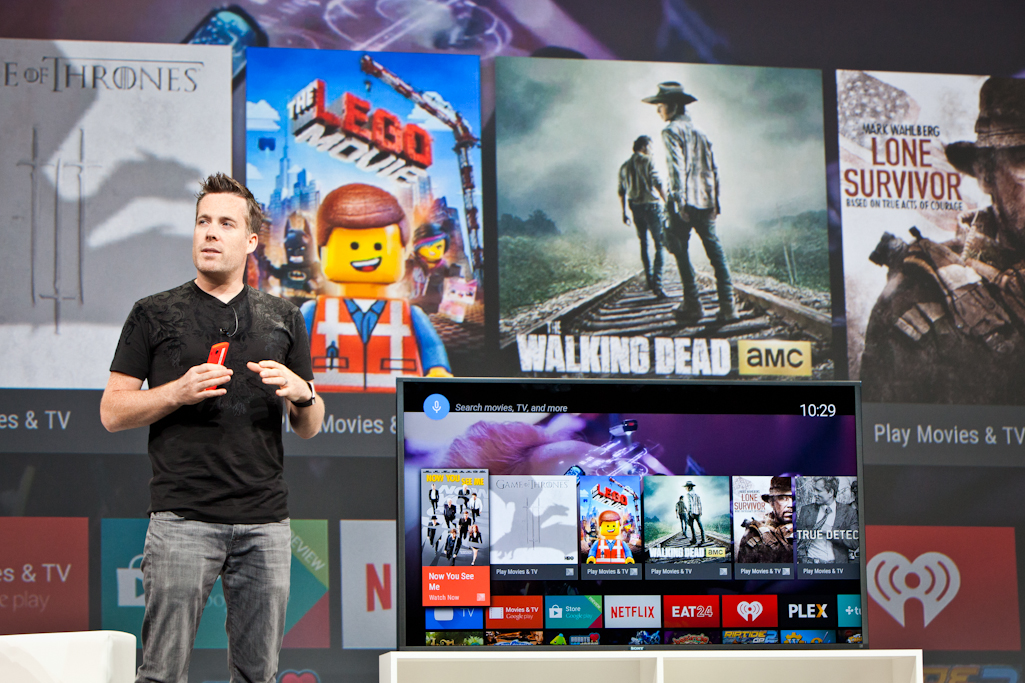 Between the Roku, Apple TV, and Amazon's nascent Fire TV, the set-top streaming box has finally come into its own. But now, it looks like Google is poised to push this technology into even more living rooms.

On Wednesday, the tech giant introduced the world to Android TV. It's not exactly a device, but a software that other companies can use to build their own streaming hardware, from set-top boxes to smart TVs to gaming consoles.

Interestingly, Google's announcement contained the names of several industry-leading companies that have already committed to building Android TV-compatible hardware. "Google's presentation included a matrix of television, chip, and distribution partners, including Sony, LG, ASUS, and Intel — previous Google TV partners — and others, such as Sharp," Quartz explained. "Notably missing: Samsung, which is not only the world's top TV maker ... but also Google's biggest Android partner for phones."

Among the other companies who have confirmed they'll be working on Android TV projects is Razer, which is best known for its PC gaming peripherals. Although it won't give out any specs, Razer says it's building an Android TV-powered "micro-console" that will be available this fall. According to Engadget, Razer reps claim the device will "stream movies, music, and other apps for large-screen entertainment," but with an emphasis on "hardcore gaming" — one can only speculate as to what that would entail.

For those keeping count, Android TV marks Google's third foray into the living room. Its first, Google TV, was an outright disaster. However, some might wonder why the company would move forward with Android TV when its second attempt at streaming, the Chromecast, has been largely successful. Aficionados need not weep for the death of their beloved dongle just yet: the Chromecast isn't going away, but it is getting some major upgrades.

"Google said it's making Chromecast app discovery much easier, and you can now broadcast to your TV without being on the same Wi-Fi network," reported TechnoBuffalo. "Google also said Android devices can now be mirrored to your TV — there's a new 'cast screen' button, and Google said latency and frame drops have been reduced for a super slick experience."

Between the Chromecast updates and a slew of Android TV-capable devices becoming available later this year, the streaming market is about to get pretty crowded. That's great news for consumers, who can probably look forward to more competitive prices on gift-worthy streamers during the upcoming holiday buying season.

Readers, are you excited to see everything Android TV can do? Have you bought into the streaming craze yet, or are you waiting for the right bargain? Share your thoughts below!

CSkow
Their success will depend on what content will be available on the devices. So far Google TV hasn't added a Hulu app. Also, it has removed the ability to stream Amazon content and practically requires you to use Google Play- even though there is still limited content. While Android has Vudu and other movie apps, these are not available on Google TV devices. Go figure. Netflix and YouTube work great, and I like having an internet browser (Chrome).
June 26, 2014