The Apple TV is expected to be announced on Wednesday, with a hefty price tag to boot. Will Amazon steal Apple's thunder with a cheaper alternative?
BY:
LINDSAY SAKRAIDA
DealNews Contributing Writer 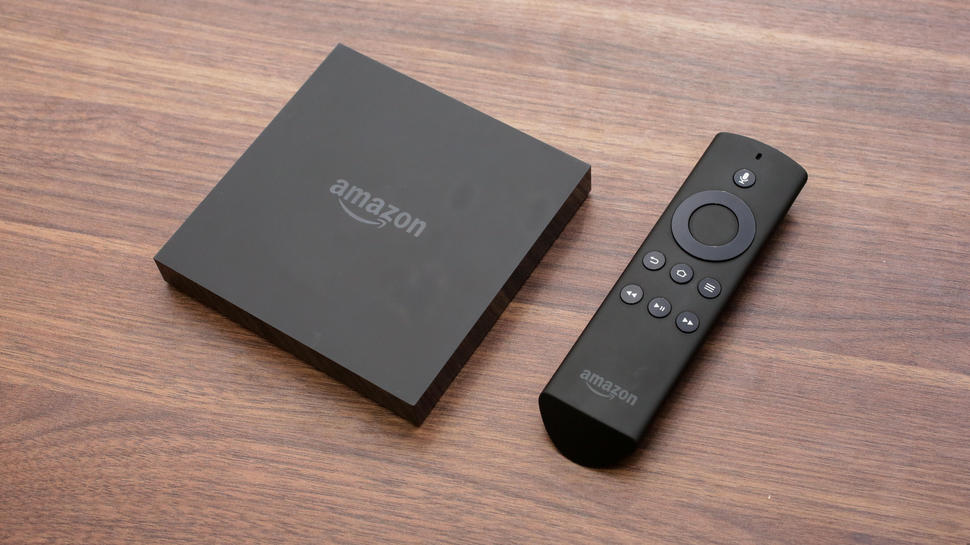 As many blogs have noted, the Amazon Fire TV streaming media player has been curiously sold out since mid-August. Although a spokesperson cited "overwhelming customer demand" as the cause for the shortage, most analysts speculate that this means a new Fire TV is on the way.

"Amazon has a history of letting its devices run out of stock ahead of a refresh," writes The Motley Fool. "In August 2012, the original Kindle Fire tablet disappeared from Amazon's website. A few weeks later, Amazon announced its successor, the Kindle Fire HD." The same thing occurred for the Kindle Paperwhite.

Strategically, the timing makes sense. Apple is expected to debut a new Apple TV this Wednesday, and rumors indicate that it will be chock full of premium features, as well as a higher price tag of $149.

Thus, Amazon may be planning on stealing Apple's thunder by unveiling a new Fire TV. If it debuts at $99, the same as the first-generation Fire TV, then it may undercut Apple significantly on price, too.

It's worth noting that the Fire TV Stick is still available for $39.

Readers, are you excited about the prospect of both a new Apple TV and a Fire TV this week? Or are you more of a Roku person? Sound off in the comments below!

Mutley
I like the Fire TV and don't see any difference between it and the new apple tv except mirroring. Mirroring is SO much easier with my iphone to the apple tv than to the amazon fire tv. Plus my amazon fire game remote broke two weeks after the 90 day warranty so that has frustrated me a bit because I dont want to dump another $40 into a controller that lasts 100 days. I would not buy another Amazon Fire TV unless there were significant changes to it. The only change I can expect from the new one would be better voice control like the new apple tv has.
September 9, 2015

mtlmn1971
I have a fire TV and two fire sticks. Can't recommend them enough. I love gadgets and the Amazon devices are an amazing value. Picked up the 2 sticks for 19 each and got the fire TV for 10.99 because of a sale amazon was running plus credit I had. I also have two Chrome Casts on less used TV's, but have a feeling those will be replaced by fire sticks as well. The fire devices replaced 2 htpc units and an Apple TV 2 with Kodi. I've had Roku's and still have a G-Box M2 Android unit but the ability to side load the fire devices with Kodi and stream my media is what won me over. That and being all android and in the amazon eco system also was a configuring factor. If I was all IOS, I would probably be looking forward to the new Apple TV. I will check out the new fire TV. I am going to purchase another fire stick as a gift for my parents, to try and help them cut their cable bill. We'll see how that goes.
September 8, 2015

vnzjunk
I have the firestick, several roku's and the chromestick. I find the roku the easiest to use, the firestick with some apps not available with the roku and easier to get full screen display on many that are on both. The chromestick is the easiest rite now for me to cast the screen from and I keep it around for just that reason.
So all 3 have their own best at in my estimation. Still waiting for that inexpensive do it all well stick.
September 8, 2015

good2014
Apple has a history of Overpriced, Mediocre products especially since Jobs died. Innovation and adaptability are more up Kodi's alley. I'll get the new Fire device.
September 8, 2015

upx42
I got the FireTV Stick for $27 @ Best Buy. Sideloaded with TVMC (Kodi), it's a great deal. Having some occasional video stutter issues with my 480p shows. Not sure if I need to upgrade my Linksys 802.11g or go thru the Hassle of sideloading the latest Kodi app.... ?
September 7, 2015

scottydog8893
I purchased the Fire Stick for $19 as a Prime member when they first came out. It works perfectly and I can't even justify spending $99 for the full Fire TV. I did end up also purchasing a wireless game controller to make game play much easier. We have a Roku, but the Fire Stick has much so more to offer as far as apps and games. We also had a Vizio Co-Star which magically integrated with live TV/cable, but it was buggy and died after 18 months. I'm guessing the Apple TV is a great product, but not for our all Android family, especially at that price point.
September 7, 2015

Ardbeg
I have a Roku3 and a Fire Stick, and the Fire Stick is superior in most ways, partly because it can run most android apps including Kodi and some decent games (and I paired it with a bluetooth keyboard). The only thing I prefer about the Roku3 is the headphone jack on the remote. But apparently the Fire TV can pair with bluetooth headphones. Assuming it rereleases at a similar price point, I'm in.
September 7, 2015

India-dealnews
We have 2 Fire TV sticks and we love them, even want a 3rd. May perhaps be our go to Christmas gift this year...
September 7, 2015

VIEW ALL
Blog · Morning Jolt · 13 hrs ago
5 Deals You Need to Know Today: Half Off Your Second Box of Godiva Goodness
Buying boxes of chocolates is like a box of chocolates: you never know when you're going to get half off the second box. Check out this offer and more in our roundup of the five best deals we found over the last 24 hours.
Blog · Consumer News · 1 day ago
Is Green Monday the Last Day to Order for Christmas Delivery?
December has plenty of opportunities last-minute shoppers can take advantage of, but is Green Monday really the last day to order online and have your items arrive in time for Christmas? We lay out everything you need to know.
Blog · Buying Guides · 2 days ago
Christmas Shipping Deadlines for 2022: Get Gifts by Christmas!
There's still plenty of time to wrap up your shopping and receive items by Christmas, but don't wait too long. Check out the standard holiday shipping deadlines for 2022 to ensure your gifts arrive in time!
Blog · Buying Guides · 6 days ago
What to Expect From After Christmas Sales in 2022
The holiday shopping season may start with Black Friday and Cyber Monday, but if you think the deals end by December 25, you're mistaken! Learn what to expect from After Christmas sales, so you can find even more bargains.
Blog · Marketplace · 6 days ago
The 10 Best Products to Sell Online in January 2023
If you're looking to make product changes, it helps to know the best items to sell and when. That's why we examined the shopping trends of DealNews readers from January 2022, which should give you an idea of what to sell in January this year.

Save on a range of unlocked models in a variety of colors. Shop Now at Amazon