What People Want on Black Friday Might Surprise You

Electronics will be king again, which isn't surprising; but less-hyped clothing and toys will also be big draws.
BY:
ANGELA COLLEY
DealNews Contributing Writer 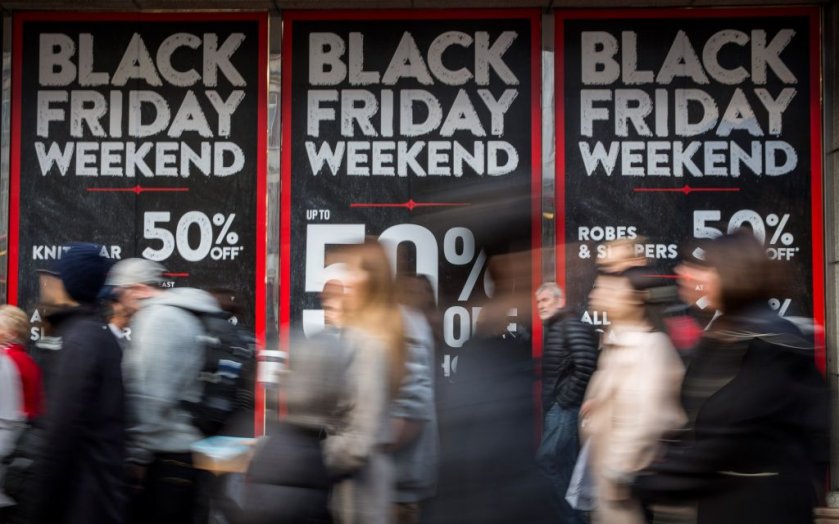 Black Friday is coming and a lot of us are planning to shop — a whole lot, in fact. Last year, an estimated 87 million Americans shopped in stores and online on Black Friday, according to the National Retail Federation. That number doesn't even take into account the Thanksgiving Day early birds, who got the buying started during this most frenzied of holiday shopathons.

This year we'll likely be heading out in droves again, some even leaving the house before the crack of dawn to wait in line for the best doorbusters. But what are the deals we'll be coveting the most? We surveyed 2,472 DealNews readers to find out, and the answer might surprise you.

Black Friday isn't only about tech anymore, but electronics are still a big draw. Our survey found that 86% of readers are planning on buying electronics this year, and for good reason: The savings are going to be big.

But laptops aren't the only deals to be had. Major electronics players have been gearing up since September, buying targeted Google ads to draw in customers. For example, according to search marketing firm AdGooroo, 277 advertisers sponsored Black Friday keywords during the week of September 27, including Amazon, Walmart, Lenovo, and Newegg. It might mean the companies are planning to go big this Black Friday.

Surprisingly, though not often heavily advertised as a doorbuster or early bird special, clothing and accessories still rank high on the Black Friday most-wanted list this year, with 59% of customers planning to buy.

This year, 59% of customers are planning to buy clothing and accessories on Black Friday.

According to our predictions, the best clothing sales this year will take a whopping 80% off the price. The average sales will still be a great deal, with an average 54% discount.

Of course, the best clothing deals are the ones you can stack with a coupon, and the holiday won't disappoint. We estimate the best coupons will take an extra 60% off, with the average coupon offering a 33% discount.

But buyer beware. Some companies have been found to recycle deals year-to-year, or try to pass off normal prices as sales. DealNews will be sure to alert you if we detect such practices.

Toys and video games come in third on the survey, with 46% planning to buy in this category. And it might be a good year for it.

Sony recently announced a price drop for the PlayStation 4 to $349.99, and we're predicting that PS4 holiday bundles will start at $300 on Black Friday. Bundle deals for the Xbox One will also be low. Since our research found that more than 50% of consumers plan to spend $250 to $999, these bundles might be right up their alley.

On the toy side, the best day to shop will actually be Thanksgiving Day, when 48% of the toy deals we post will be Editors' Choice deals. You'll also see storewide sales that knock an average of 57% off toys. Just don't expect to get anything Star Wars; the force isn't strong with this Black Friday.

Books, tunes, and Blu-rays will hold a special place in 35% of our readers' hearts on Black Friday.

When it comes to shopping, look for doorbuster deals in brick-and-mortar retailers and limited-time deals online. In the past, Half Price Books and Barnes & Noble have offered doorbuster deals and coupons for Black Friday, while Amazon has offered lightning deals on books, MP3 downloads, and Blu-ray collections.

Last but not least, 31% of those surveyed plan to buy items from the home and garden category. While maybe not as "sexy" as those big-ticket tech items, home goods deals are still ripe on Black Friday.

This year it is all about the kitchen, with KitchenAid and Dyson being brands to watch. Last year we found the coveted KitchenAid stand mixer for as low as $141 after rebate at Kohl's. It is also a good time to snag Dyson vacuums, both new and old. Prices for new Dysons dropped as low as $199 last year, and you could pick up a refurbished model for $160.

What we won't be buying — at least, not buying a lot of — this year are gift cards and travel deals . Only 19% of survey respondents plan on picking up a gift card this Black Friday, while a mere 6% are eyeing travel deals.

And if you're planning to buy something that didn't make the list, don't fret, we still have you covered. Head over to our Black Friday Predictions page and let the oracle be your guide.