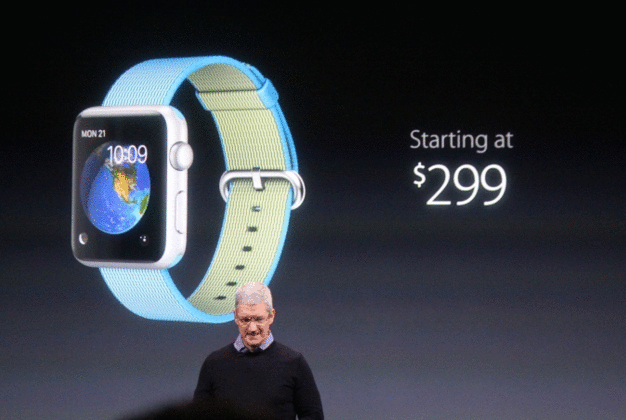 As expected, Apple had new Watch bands to show off at the much-anticipated "Loop You In" event on March 21. Surprisingly, Apple Watch prices were also cut by $50, to a new starting price of $299. But based on deals we've seen in the last few months, that decrease isn't remarkable.

Apple Watches Have Been Cheaper For Months

Before the event, Apple Watch prices officially began at $349. However, we've been seeing better deals on the Watch since at least December. Just before the holidays, several retailers were consistently taking $100 off, putting the actual starting price at around $249. In fact, you can still find that price at Target today.

Refurbished models have pushed the envelope even further. The Watch hit an all-time low this week when a refurbished 38mm Sport fell to just $200.

With that rumored Apple Watch 2 release reportedly coming later this year, it makes sense for Apple to cut prices on the first generation models now. And while the price cut doesn't provide much of an incentive to purchase directly from Apple, this lackluster drop might give other retailers an excuse to push their own prices even lower. In the coming months, we could see some of the best deals on Apple Watches yet.

Readers, what do you think? Will you buy a new Apple Watch now that they've dropped in price? Or will you take our advice and wait to see what sales may come? Do you care about the Watch at all? Sound off below!