Apple announced that it won't block third-party chargers for the new MacBook and its USB-C port. But will the cheaper options be worth it?
BY:
ANGELA COLLEY
DealNews Contributing Writer 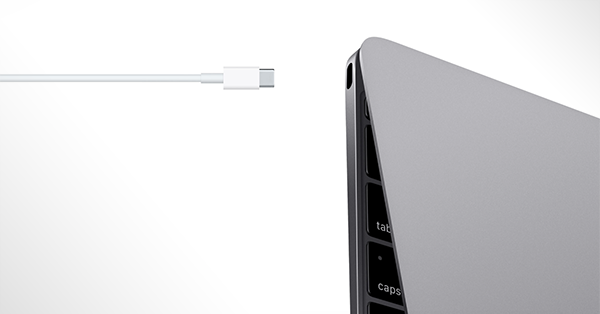 If you've ever lost or broken your Apple MacBook charger, you know firsthand that replacing it can be a frustrating – and expensive — endeavor. Apple's patented MagSafe charger costs $79 to replace and has to be purchased through the Apple website or an Apple authorized retailer. But times are changing for Mac fans.

Competition From Belkin and Google

The new 12" MacBook will have a single port, meaning there isn't room for the old standby MagSafe charger to plug-in. Instead, owners can now use a USB-C multiport adapter for both charging devices and other accessories, according to 9To5Mac. The site also reports that Apple won't stand in the way of third party USB-C devices. Meaning Apple owners will have a load of options for what USB-C devices they buy.

In fact, a load of options are already on the way. Belkin has revealed a USB 3.0 USB-C to USB-A adapter for $29.99 that could allow Belkin's other smaller USB chargers to work with the USB-C port on the new MacBook. Standard Belkin USB chargers start at $20, putting a Belkin workaround at $49.99.

Google is also selling their own version. Originally intended for the new Chromebook Pixel, you can buy the Universal Type-C 60w Charger for $59.99 through the Google Store.

It is good news for Apple owners who want to save some money if their MacBook charger ends up missing or broken, but opening up to the accessories world could have some potential downsides as well.

For one, Apple's MagSafe charger had a few key features most Apple users could appreciate. The LED indicator light on the charger alternated between an amber color and green, letting users know at a glance when they'd reached a full charge and could break free from the outlet. The charger was also magnetically connected, a safety feature that allowed the charger to instantly release from the MacBook if the user tripped over the cord. So far it isn't certain which – if any – third party provider will offer similar features.

And then there is the onslaught of suspiciously cheap chargers. Often, these chargers are produced cheaply in Southeast Asia and sold on third party websites like eBay or Amazon. No-name discount chargers are already popping up for sale on Amazon.

While the devices can be had for a fraction of the cost of a licensed charger, the discount chargers may sometimes ignore safety requirements, break easily, or potentially damage the laptop. If such a charger damages the MacBook, it may also void an Apple warranty.

Still, while sorting through a pile of charger manufacturers is a headache, it's a headache that Apple owners haven't had the option of doing until now. And many may be grateful for it, especially if they're prone to forgetting, losing, or breaking their chargers.

What do you think, reader? Will you take the savings of a third-party charger, or stick with Apple's? Let us know in the comments below.

hanmari
I'd buy a mag-safe version of the USB-C cable from a reputable company like Belkin or Anker. Drive down the prices through competition and bring back the mag safe!
April 2, 2019

dansdeals
People can complain all they want about the price of the MagSafe adapters and the fact that no one else makes them. But the technology is one of the greatest features ever on a laptop. Anyone who has worked in IT can tell you a significant number of laptops on this planet die for one reason: charging port damage or physical damage to the laptop after falling to the floor when someone trips on the power cord. That NEVER happens on MacBooks with MagSafe. Like everything Apple, you pay more and you get much more.
March 21, 2015

gizmovision
Ah, but don't walk between your USBc (#OnePortToRuleThemAll) and the wall it will knock it on the floor where the magsafe would 'break-away'
March 19, 2015

zeram1
I hope that anyone who buys one of the cheaply made Chinese knockoffs has good fire insurance.
March 19, 2015

VIEW ALL
Blog · Buying Guides · 34 mins ago
What to Expect From Father's Day Sales in 2022
Father's Day is around the corner, and sales will be in full swing before you know it! Check out our guide on what to expect from Father's Day sales in 2022, including what will be discounted and the savings we should see.
Blog · Morning Jolt · 12 hrs ago
5 Deals You Need to Know Today: Save an Extra 50% off in Levi's Memorial Day Sale
It's an extra 50% off sale styles and 30% off everything else in Levi's Memorial Day hijinks. Check out this offer and more in our roundup of the five best deals we found over the last 24 hours.
Blog · Marketplace · 1 day ago
How to Create Coupons on Amazon
Amazon brought coupons to Seller Central in 2017, but these aren't your grandmother's coupons. Learn how to create coupons on Amazon, and what to know before you do.
Blog · Buying Guides · 1 day ago
6 Simple Ways to Renovate Your Kitchen Through Home Depot
If you're feeling like your house needs a refresh, consider these simple ways to do a Home Depot kitchen renovation. You can update your look and potentially increase your home's value!
Blog · Buying Guides · 5 days ago
What's the Best Time to Buy Big-Ticket Items?
Savvy shoppers are always on the lookout for a great deal, and to help you out, we've put together guides on the best times to buy big-ticket items.