Amazon's Disappearing Movies and the Dilemma of Digital Media Ownership

Some Amazon customers noticed the disappearance of several Disney specials from their digital libraries last month. What does that mean for the future of digital media?
BY:
MICHAEL BONEBRIGHT
Former Senior Blog Editor 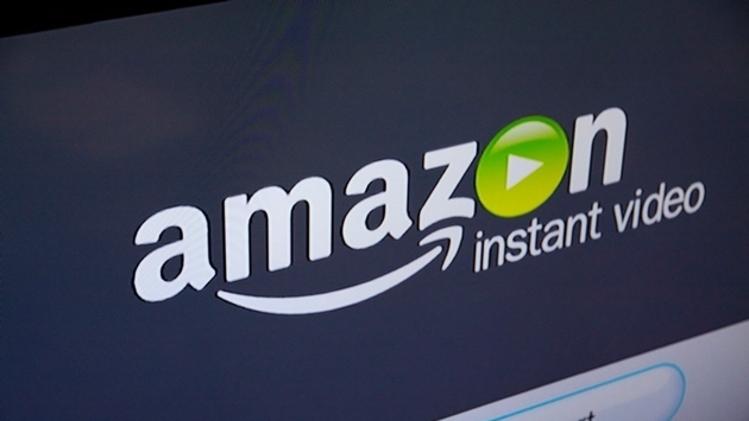 Last month, the unthinkable occurred: Amazon Instant Video customers were unable to stream several Disney Christmas specials, including Prep & Landing 2: Naughty vs. Nice, Beauty & the Beast: The Enchanted Christmas, and (most egregiously) The Muppet Christmas Carol. In some cases, customers who had already purchased these titles saw them disappear from their libraries. While Amazon quickly restored access to the specials, the event has reignited a conversation about the morass that is digital media ownership. When you purchase digital content, does that mean you own it? And if not, then who does?

When the story of the disappearing Christmas shows first broke on Boing Boing, an Amazon customer service representative had reportedly told a customer that "Disney can pull their content at any time and 'at this time they've pulled that show for exclusivity on their own channel.'" However, in an interview with All Things D, an Amazon PR rep said the disappearing titles had been "a temporary issue with ... catalog data," and "customers should never lose access to their Amazon Instant Video purchases."

In other words, the content disappearance may not have been the result of shady Disney machinations at all, but a glitch. That said, the article notes that this is by no means the first time we've heard of Amazon taking away access to purchased content: "Back in 2009, [Amazon] deleted two George Orwell books from customers' Kindles, and later explained that it didn't have the right to sell the books in the first place." These examples are hardly evidence of an overarching Amazon digital media conspiracy, but they do draw attention to the larger problem of digital content ownership.

These Aren't the Digital Goods You Think You Bought

Amazon's digital customers aren't the only ones to suddenly lose access to their purchased media. As we previously mentioned, the now-defunct digital comic book purveyor JManga inexplicably deleted its entire catalog when it went under, including all the paid-for content in its customers' accounts. Furthermore, the threat of digital media being taken away on the whim of some capricious company is one of the main reasons many people still choose to become pirates.

So who really owns purchased digital content? It's a question that we'll see brought up more and more often in the coming years. With even eBay getting into the digital media business, lawmakers, producers, retailers, and consumers alike are going to need to come to a consensus. In the meantime, by clicking "I agree" on a digital sale's terms and conditions, you're probably agreeing to a digital rental.

Readers, have you ever lost access to your paid-for digital content? Will this latest scandal affect your future Amazon Instant Video purchases? Weigh in on this complicated issue in the comments below!

OliTatlow
I Only became aware of this issue when some of the movies I purchased on amazon instant video disappeared. Amazon, the sneaky buggers, have also deleted these items from my order history as if they're hoping I won't remember buying them. As it stands I'll never buy anything from Amazon instant video again. I'm also an Amazon Prime and Netflix subscriber and fully accept that content may come and go from these platforms but when I pay for something specific and the website leads me to believe that I'm "buying" it then it should be permanently available. I guess the only safe option is to stick to buying films on DVD.
March 15, 2018

Sir Launcelot
This is one of my chief concerns on DRM... who owns the keys when the company goes under. It isn't like they set aside money to keep the servers running or even set up escrows for the safe keeping. Remember Walmart deciding to get out of the music business. They shut down the DRM servers, and if you didn't burn your audio to CD, you lost it. Poof. Gone.

Another example, DRM signing for Boxee Box apps.... The last few versions of their firmware introduced this. Now that Boxee went under and sold out, all you apps that used to work no longer work as the holder of the keys aren't in business. You basically bought a box that only works while the mothership is in business.

pc35306
X-box Live just "banned" my grandson and deleted all the content of his account that was purchased, for a reason they could not explain. They told me to read their " code of conduct", that he must have broken one of their rules, but could not elaborate. I'm out all the money I spent.
January 9, 2014

CEREBRALPLAY
There was a deal on gamer's gate for 75% off of Europa Universalis 3 dlc (downloadable content) i.e. the dlc that went with the game that I did not have. I already had Europa Universalis 3 Chronicles from Amazon.com and attempted to download it to add the discounted dlc available on gamers gate to it. My digital content no longer existed. It was listed correctly (correctly being what the product description was upon purchase) in my games library i.e. Europa Universalis 3 Chronicles yet when I clicked on it it came up as the product Europa Universalis Divine Wind- which was/is the last expansion pack for EU3. I had already bought the dlc on gamer's gate that installed into this drm free digital version that would have totally completed the game. Amazon refunded the amount within a few days that I paid for the game yet EU3 Chronicles was either not on sale or I did not have the money for it from any seller. Gamers Gate refunded me the dlc price when I explained yet did not "have" to.
January 8, 2014

Opie415
Another prime example of why people get their content underground. I support their position. All these entities are crooks that specialize in extortion, so they get what they deserve.
January 7, 2014

nimer
Wasn't there a case a few years ago about someone who write their iTunes collection in their will, but Apple said you couldn't do it? For me I am also all about non-DRM purchases so that I have an offline copy, and quite frankly for artists that I enjoy I am still oldschool, love to get a CD, read the booklet, and make a digital copy of it.

The only thing in danger I guess is my Kindle DRM books, yikes!

jcauthorn
Speaking of digital only items - did you notice that Microsoft reversed it's stance on the Xbox One and allowing people to sell their old version of games - this of course requires you purchase the physical media version, and if you can sell it to off set your purchase price, why wouldn't you? YOu can't do that with digital goods, and they aren't typically less expensive, so in fact the digital versions actually cost you MORE - how's that for screwing you over?
January 6, 2014

jcauthorn
I'm not even wild about the online rentals, but they are cheaper than buying the stuff, the problem is, if I want to watch or listen once, sometimes I want to go see it again.

I've also been trained to look for the first Tuesday release day of sale on the movie, or wait about a year for it if it's no big deal. Speaking of first release Tuesday movies - you should consider listing those on Monday so we know what's coming and what prices to expect. -- that would be great!

3D movies haven't seen that drop after a year yet, but they may be trending that way.

I simply have heard too many stories that I have *zero* confidence in buying any "digital only" items unless I can download a drm free version.
January 6, 2014

Lindsay Sakraida (DealNews)
@Kyle55 Were you reimbursed for the cost of the episodes, or did they just remove them from your library with no compensation?
January 3, 2014

Kyle55
No I bought walking dead episodes on the PSN store thinking I'd have them on my ps3 forever. Nope I didn't After a few months it said the viewing contract or something has expired
January 3, 2014

iowac
Best way to go is buy the media in physical form that also gives you a digital copy online. That way if said company goes kaput you still own the physical copy. To me unless a digital copy is much cheaper than what you pay for a physical copy of then the best option is buy physical copy, and then upload to say ultraviolet.
January 3, 2014

ecvogel
I have MSN Music Downloads, AOL Video Downloads, Burger King Downloads (powered by MSN Music)
I only buy DRM free music and I do not buy ebooks and instant video unless it is free or I have been given free credits to purchase them as these are not DRM free.
January 3, 2014

VIEW ALL
Blog · Morning Jolt · 7 hrs ago
5 Deals You Need to Know Today: A Rootin' Tootin' Deal on Scootin'
There's a reason there's a Muppet named "Scooter", but none named "Unicycle" – scooters are the best, especially when they're going cheap like this one. Check out this offer and more in our roundup of the five best deals we found over the last 24 hours.
Blog · Consumer News · 4 days ago
Excess Inventory Is Good for Shoppers. Here's How to Save
Some retailers are dealing with an excess of inventory and offering discounts to help correct the levels. But how can shoppers benefit from overflowing stockrooms? Read our guide to find out!

Apply coupon code "LHM6ZZVU" for a savings of $40, making it beat Walmart's price by $14. Buy Now at Amazon

Take half off over 400 women's styles. Shop Now at Target

That's $28 less than most stores charge. Buy Now at Wayfair

Mix and match a selection of women's sunglasses in various styles including cat eye, square, aviator, round, and oversized. Shop Now at Maurices