Amazon launched its own streaming music service today, but we don't think it yet stacks up to dedicated competitors like Spotify, Beats, or Pandora.
BY:
MICHAEL BONEBRIGHT
Former Senior Blog Editor 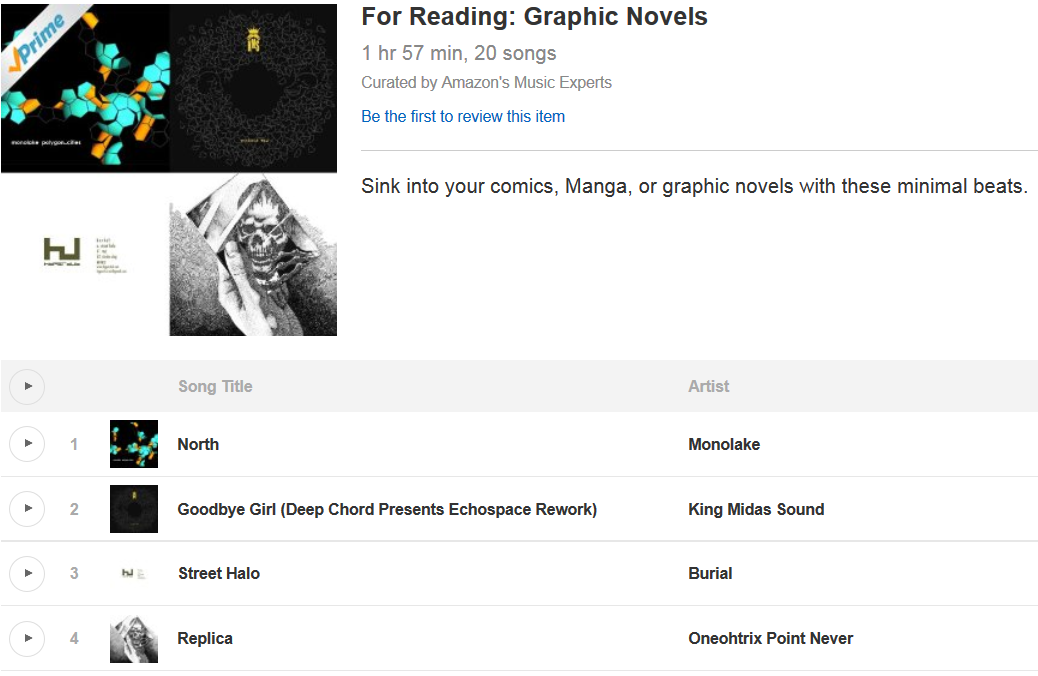 Amazon launched its very own Prime Music streaming service on Thursday, touting it as yet another benefit of being an Amazon Prime member. The service is free (and ad-free) for Prime subscribers, who already pay the megasite $99 per year. But it remains to be seen whether the addition of "free" music streaming will make Prime membership more attractive, especially when other streaming services seem to offer a better user experience.

No (Personalized) Streaming in the Library

We tried out Prime Music, and came away somewhat underwhelmed. The streaming service isn't a new app; rather, it's integrated into updated versions of the Amazon Music applications for desktop, Android, iOS, and Kindle Fire devices. As such, the UI is fairly un-sexy to look at, especially when compared to the interfaces for dedicated streaming services such as Pandora, Beats Music, or Spotify.

Getting started is a headache unto itself. Given the fact that Prime Music is linked to my Amazon Prime account, and Amazon's suggestion algorithms dominate their industry, I was kind of shocked that Prime Music didn't immediately "know" my musical tastes. While Amazon's digital music store always has plenty of suggestions for me to purchase, the playlists offered up in Prime Music were decidedly generic. Disappointing, but this could be launch day glitching.

Once you've chosen a playlist, song, or album, you can't just hit play. You have to click a button labeled "add playlist to library," then open your library in the Amazon Music app, and then you can stream the music. It's an odd set of steps that will feel familiar to Prime members who are used to borrowing books from the Kindle Lending Library or renting movies through Prime Instant Video. Still, the experience is hardly organic.

Amazon's press release for Prime Music describes the service as yet another benefit of being a Prime member. It seems the company has been scrambling to add as many perks as possible to Prime this year, ever since Amazon decided to increase the cost of membership. But one wonders whether Amazon actually expects Prime Music to compete with other streaming services. Spotify and Beats Music both boast music catalogues of more than 20 million songs, as opposed to Amazon's paltry 1 million.

For its part, Amazon doesn't seem to be worried about the gap. "A lot of these services have more music than people will ever listen to," said Steve Boom, Amazon's vice president of worldwide digital music, according to CNET. "People are paying for a lot of music they're never going to listen to."

It's worth mentioning that Prime Music costs about the same as some of the most expensive no-ad streaming services when you take the Prime membership into account. At $99 per year, it's comparable to Beats Music (which is $99.99 per year), or Spotify Premium ($119.88 per year). It's considerably more expensive than Pandora One, which is just $59.88 per year. However, you're obviously getting more than just music with Prime, as that membership also includes 2-day shipping, video streaming, and eBook rental. As such, adding a music streaming service to Prime's already lengthy list of perks is a decision that probably won't hurt Amazon, though it remains to be seen whether Prime Music will help attract new subscribers.

Have you tried out Prime Music yet? What do you think? Let us know in the comments below.

JacysDad
Just a few minutes after downloading the Amazon Music app, I tried it and it REPEATEDLY said, "This song is no longer available on Amazon Music," and these were THEIR OWN playlists. How can they assemble their own playlist and include songs that their own service doesn't include?
June 12, 2014

Dan de Grandpre (DealNews)
What I'd really love is the ability to drop Amazon's Spotify competitor — AND drop its Netflix competitor — and once again pay $79/year for 2-day shipping via Prime.
June 12, 2014

amick827
Yes, it's "just okay". It's not a stand-alone service, though. I look at the movies and music as a bonus feature of something I already perceived as a great value (2-day shipping). As a bonus, I guess I don't expect them to stand out in a crowd. And since I was going to pay for Prime anyway (2-day shipping, I tell you), I don't complain about the extra features I have at my disposal now.
June 12, 2014

zorno
Ever since joining Spotify I have been getting back into music as a whole, I have been in a musical funk lately and it got me interested in it again. I will check it out for sure, but my heart is in Spotify for the moment.
June 12, 2014

Lindsay Sakraida (DealNews)
Also, while 1 million songs is definitely a lot, and I could never technically listen to all of them, there's nothing more irritating than searching for a song in a streaming library, and finding that it's not available. It doesn't happen too often in Spotify, but when it does, it's a bummer. We're spoiled, but I could see myself not loving Amazon Prime Music as my sole streaming source if this happens frequently.
June 12, 2014

Lindsay Sakraida (DealNews)
@HeyTiger All good points! I suppose if I had Prime, and wasn't so in love with Spotify, this would be great. If I got Prime for whatever reason now, I'm not sure that I would switch from Spotify. Maybe as it develops it will become more attractive.
June 12, 2014

HeyTiger
I agree that the experience comes off as an afterthought, but it's certainly a perk. As far as paying for "more music than people will ever listen to," those sites offer a greater likelihood that they will have music by the artist you want to listen to, rather than a need to consume the whole of it.

In all, I'd rather have the service than not, as I am already a member.