Will You Purchase a Best Buy Black Friday Deal This Year? 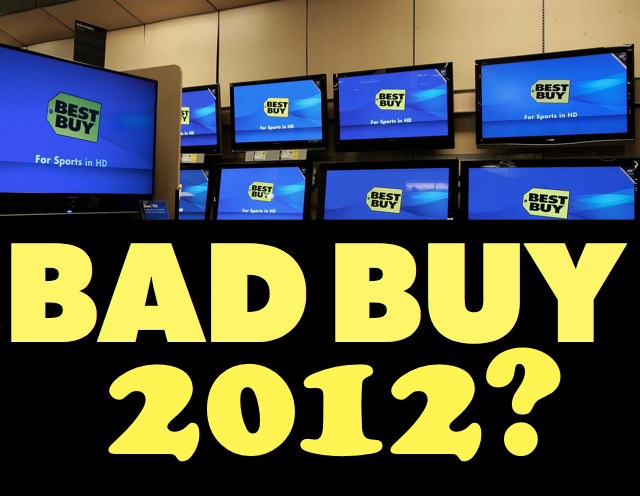 It was mere days before Christmas 2011 when Best Buy alerted many of those who placed orders through November and December, including the Black Friday time frame, that it couldn't fulfill these already-delayed orders, as items were out of stock. Despite having authorized credit card charges, issued purchase confirmations, assigned order numbers, and doled out UPS tracking codes, Best Buy had backed out of countless orders.

Many Best Buy customers were rightly upset since the merchant had waited until days before Christmas to inform them that their orders were to be cancelled. And plenty of shoppers still were equally annoyed for having missed out on any number of comparable Black Friday weekend bargains elsewhere that they presumably would have received. In an attempt to make amends with its customer base, Best Buy not only refunded the purchase price of all its customers' orders, but also issued store credits for order totals that could be used at a later date.

While the number of affected customers is unclear, the news prompted many of our own readers to express their grievances. And air they did — so much so that we wondered how memories of last year's "Bad Buy" snafu will affect Black Friday shopping 2012. We polled nearly 900 readers in our Black Friday survey a few weeks ago to find out which retailer they would be less inclined to buy from this year versus last year. From your responses, we learned that 32% of dealnews readers won't shop at Best Buy this year, compared to the 13% who said Target and the 10% who said Amazon. (Interestingly, 32% of people said Macy's was off their go-to Black Friday list of stores. What happened there, guys?)

Now, just a few weeks before the big day, we took a look at Best Buy's leaked ad and can say that Best Buy is offering a number of great Black Friday deals again this year. And one can assume that the electronics chain would prefer to avoid the PR maelstrom that would result from another round of unfulfilled orders.

So, now that we have a concrete idea for what the store will actually offer, has anyone changed their mind? Are the doorbusters enough to move scorned-consumers to shop at Best Buy again?

Blog · Morning Jolt · 2 hrs ago
5 Deals You Need to Know Today: An Epic Quest for HP Discounts
Mondays, am I right gang? One minute you're shopping for discounted computers, the next you're visited by a couple of phantoms. Typical HP sale. Check out this offer and more in our roundup of the five best deals we found over the last 24 hours.

Blog · Buying Guides · 3 days ago
Should You Book a Summer Vacation in 2021?
Last year, travel shut down all over due to the COVID-19 pandemic. Now, some consumers are starting to wonder: should you book a vacation for summer 2021? Check out our guide for the factors to consider before you travel.

Blog · Roundups · 4 days ago
The Best Video Game Deals
The best of the best when it comes to video game deals, cheap consoles, and discounted accessories are gathered here, in one convenient roundup.

That's at least a buck less than you'd pay for this quantity in local stores. Checkout with Subscribe and Save to get this deal. Buy Now at Amazon

Apply coupon code "QWUSDJ4C" for a savings of $2. Buy Now at Amazon

Apply coupon code "LOMPJEKS" for a savings of $35. Buy Now at Amazon