Apple Buys Beats Music: Are You Psyched, Depressed, or Indifferent?

Some Beats fans aren't thrilled about the idea of Apple controlling their favorite streaming service. What do you think?
BY:
LOUIS RAMIREZ
DealNews Contributing Writer 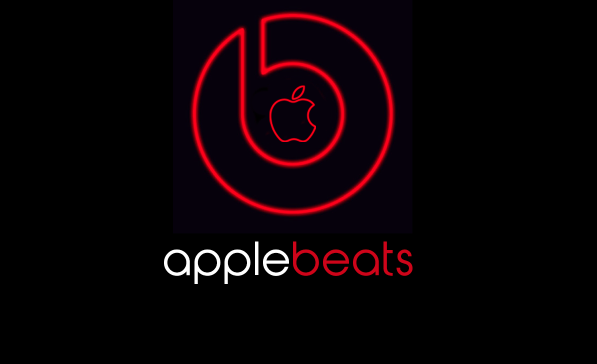 Dr. Dre can now add Apple executive to his ever-diverse resume. The rap mogul, along with Beats co-founder Jimmy Iovine, sold their Beats Electronics empire to Tim Cook and company for a cool $3 billion. The deal, which gained attention after Dre and company leaked a celebratory video on YouTube, is Apple's biggest acquisition to date, giving the iPod maker access to Beats' music subscription service and its hardware business.

Much to the chagrin of audiophiles around the world, Beats headphones are as ubiquitous as the iPhone itself. And with 250,000 subscribers signed up to its Beats Music streaming service, the recent acquisition is just the foundation that Apple's struggling iTunes service needs.

But while many fans are celebrating the acquisition and are eager to see what's in store for at next week's WWDC and beyond, others lament yesterday's announcement. They fear about what Apple may do to Beats Music, especially since it pales in comparison to Spotify's 40 million active users — 10 million of which are paying subscribers.

Although Apple has a history of terminating its competition, Apple SVP Eddy Cue reaffirmed the company's commitment to Beats on stage at the Code Conference in Southern California, calling it "the first subscription service that really got it right." Cue also hinted at future hardware, saying they've got the best product pipeline he's seen in his 25 years at Apple.

What do you think? Are you excited to see what these two companies can do together? Or would you have preferred to see Beats extend its (broken) relationships with companies like HTC and HP? Are you weary of Apple's influence on the streaming music service?

Gio In LA
I can't even begin to imagine what Apple found in Beats to be worth $3B. Beats hardware is extremely mediocre and Apple could easily duplicate the streaming service for far less than $3B. I think Beats slipped something into the Apple water coolers. Gotta be.

Dr. Dre and Jimmy are laughing all the way to the bank for sure.

nondual
Re: Consumer Reports - I haven't considered them a reliable source on anything in at least a decade. The Head-Fi community is in vast agreement that Beats aren't worth the price premium and my own sampling agrees. I own at least $1.5k in DACs, Amps, and headphones and my own rig far exceeds anything Beats makes - as it should for the cost - but if you go onto Head-Fi and ask for quality headphones in the Beats price-point and you'll find recommendations for many vastly superior headphones. As for Bluetooth/Wireless - Sennheiser makes the best I've ever heard (PX 210 BT - not available anymore). I use mine daily at the gym.
May 30, 2014

nondual
Beats are considered decent enough headphones, but not for the price-tag. What I'm most excited about is the rumor that Apple is building the ability to play high-rez music into it's OSes. I'm currently a Spotify user and will likely stay there, so the music streaming service does nothing for me. As for the headphones, maybe Apple can improve them and make them worth the cost - they've got the R&D department to do it.
May 30, 2014

the name Bob is taken
It costs $12 to produce a set of Beats headphones and they retail for $300+. Even Apple cannot boast of margins like that.
May 30, 2014

Greg the Gruesome
>And with 250,000 subscribers signed up to its Beats Music
>streaming service, the recent acquisition is just the
>foundation that Apple's struggling iTunes service needs.

I think I read somewhere that Apple is planning to keep iTunes Radio and Beats Music separate, at least for the foreseeable future.

As for the quality of beats by (dr) dre headphones: Consumer Reports rates the Beats Executive headphones tops in the category of noise-cancelling home/studio-style headphones. CR also rates the Studio Wireless tops in the wireless counterpart of that category, but it tested only one competing set there.

Lindsay Sakraida (DealNews)
I'm a Spotify person so at first I didn't particularly care, but I'm also an iPhone person (for the moment at least) and could see Beats becoming more appealing if it's integrated better with my device. I don't love the Spotify app.
May 29, 2014

michael bonebright (DealNews)
I use the Beats Music service, and really like it. They've apparently gathered 250,000 subscribers since their launch, which is pretty darn impressive for a service with no free option. (http://techcrunch.com/...sic-has-250k-subscribers/)

I'm cautiously optimistic about the buyout, since several artists have iTunes-exclusive music. That would be a huge plus for Beats listeners, if the service got access to those songs.
May 29, 2014

kyungone
For your further reading,

Cilvre
Is their streaming service actually doing well at all? I haven't seen much besides one commercial for it and it didn't entice me at all. Their headphones aren't good either, as they are set only to produce certain tones at a better range for mids and lows. I much prefer my ATH M50's for quality sound on all of my songs and genres. While there is a number of other things apple could have done with that money, I understand that they wanted to target a bit more demographic than their overpriced items might currently target.
May 29, 2014

Tips
New
Woot! An Amazon Company · 4 mins ago
Birkenstocks Sale at Woot
Up to 31% off
free shipping w/ Prime