Many promos will only be available in the app, and Prime members will once again get early access to select offers.
BY:
LINDSAY SAKRAIDA
DealNews Contributing Writer 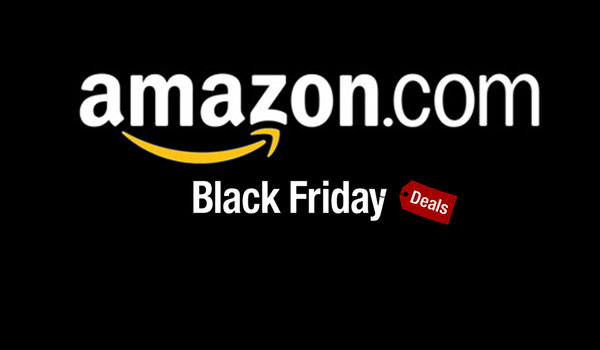 Click here to see all of our roundups of the best Black Friday deals we've seen so far, or read on for more info about what's still to come.


Amazon announced its official Black Friday sale today, and while our team is diligently uploading the ads and analyzing the offers, there are a few initial takeaways worth noting.

First, Amazon will unveil its Black Friday sale this Friday, November 20, and new deals will be added "every five minutes for eight straight days" on this page. This continues the trend of online offers starting well before even Thanksgiving, and suggests that some brick-and-mortar stores might bump up their timelines as well. After all, Walmart did it last year, so why not do it again in 2015?

Some Deals Will Be Available Only in the App

Second, Amazon is pushing its app for many of the deals this year. Several of these lightning deals will be available in the app only, which means you might want to take a moment to download the Amazon app just in case. (The idea of Amazon's flash sales on mobile is already giving us heart palpitations, but we'll remain strong in the face of deals.)

According to the announcement, these deals can be found on the "App Only Deals" tab and "will be released daily from 3pm PT to 11pm PT starting Thanksgiving through Wednesday, December 9." Shoppers can use the "Watch a Deal" function to be alerted via push notification about when these offers go live, which is a convenient way to avoid checking your phone all day.

There Will Be Some Perks for Prime Members

Like last year, Prime members will get a 30-minute head start on select lightning deals. However, it's likely that this will exclude many of the truly juicy "doorbuster" offers that we'll be highlighting in our analysis, like the 32" TV for $75 or the 50" set for $150.

Prime members in select metro areas will get another perk next week; select "Deal of the Day" deals — which go live on Thanksgiving and Black Friday — will be available through the Prime Now app. That means these customers will get free 2-hour delivery on two of the busiest shopping days of the year.

Be sure to check back later today for our full writeup on the ad to find out what's worth your time, and what might be worth passing over.

Bajablazer
Ive been VERY pleased with my 4 year old TCL TV, so much that I would pass on some other mainstream brands to score a deal on another. Made with major name brand components.
November 19, 2015

Tinax
I agree, Amazon black Friday deals are fixed by Amazon so not even a handful of the deals are sold to people that wait, and wait and pick and in less than half a second the deal is sold out. And most of the time as soon as it becomes live Amazon says it's sold out. The whole Amazon black Friday thing is Fixed. When you factor in the discrimination by Amazon why buy anything from them. Oh, you need to download and install an app, you need to buy prime to get a Fixed deal..... Amazon didn't even beat any of Best Buy's prices. Amazon just sucks.
November 18, 2015

buguy
I agree with rudevader, amazon black Friday sucks; you have to spend hours watching for a deal because you don't know when it's going to be live, and then it's sold out as soon as it (finally) shows up
November 18, 2015

gthompson007
This is laughable. TCL televisions? Seriously? There CEo will increase his personally wealth when it's all said and done and customers will be left thinking they got a good deal on black friday.
November 18, 2015

RudeVader
" However, it's likely that this will exclude many of the truly juicy "doorbuster" offers that we'll be highlighting in our analysis, like the 32" TV for $75 or the 50" set for $150."

No matter how juicy the deal is, if you are not able to click on the deal at the correct nano-second it goes off you ain't getting squat.

When you truly think about it, there will usually be many thousands of people clicking on a deal that only has 100 items to offer that is sold out in a matter of 2 seconds or less.

chocolatedeath
Havent seen a tv offered for BF on Amazon in 2 years. They didnt even show up as coming soon on their boards. I dont even know how you can keep up with it.
November 18, 2015

That's $24 under the regular price. Buy Now at Toms

Shop discounts on over thirty styles. Shop Now at Reebok