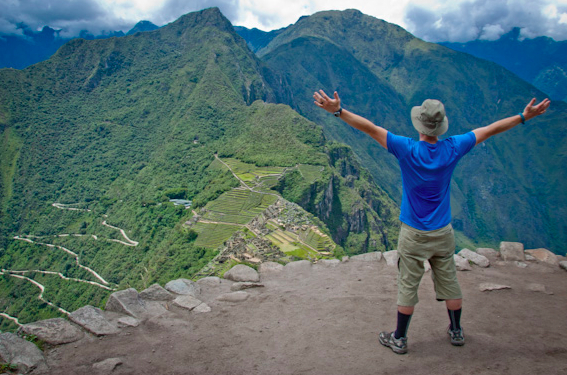 Calling all potential wayfarers, explorers, and adventure seekers! Coax your inner thrill enthusiast out of hiding with these adventure packages of a lifetime; not only will they take you to exotic Latin and South American locales like the Dominican Republic, Panama, Ecuador, Brazil, and Argentina, but they'll have you channeling everyone from Indiana Jones to Anthony Bourdain on an action-packed journey full of wondrous discoveries.

Ease your way into the excitement with a trip to La Paz, Mexico. This epicenter of the Baja Peninsula Sur has just enough action to make for a quick and exciting getaway. Experience all that the city has to offer with a 3-night stay for two at the 5-star Costa Baja Resort and Spa (from $349, a low by $226; expires May 25). After settling into one of the resort's luxurious guest rooms overlooking the marina, set sail on the Sea of Cortez like legendary explorers of centuries past and visit the UNESCO-designated island sanctuary of Espiritu Santo to take in rich marine life, birds, reptiles, and one of the most unspoiled ecosystems in Baja. You'll be sure to work up enough of an appetite to take advantage of the $50 dining credit at the hotel's on-site open-air restaurant.

With 25% of its land designated as national parks, reserves, and sanctuaries, the Dominican Republic is the most bio-diverse country in the Caribbean. Put ecotourism at the top of your exploring agenda with a 4-night flight and hotel package for two at the all-inclusive Iberostar Hacienda Dominicus (from $1,447; a low by $1,042; expires May 21). In the charming town of Bayahibe, this beachfront hotel is close to the Del Este National Park and tourist attractions like Saona Island, where critically endangered Hawksbill turtles lay their eggs on beaches during nesting season. Explore the coastline on a paddle board safari, hike trails through indigenous forest, or meander farther to the the Cueva de las Maravillas, a wondrous 800-meter underground tavern brimming with stalacites, stalagmites, and several hundred pictographics created by native Taino Indians.

A 3-night flight and hotel package for two to Puerto Rico's Gran Melia Golf Resort (from $695.84; a low by $136; expires May 21) situates you on the beach just between the Atlantic and the El Yunque rainforest, giving you endless options to get to know the surroundings on land or water. Plan excursions like horseback riding, biking in the foothills of the rainforest, touring local rum factories, snorkeling, visiting the bioluminescent bay, or deep sea fishing.

Looking for a wider variety of activities spanning cities, jungles, and beaches? Take your big adventure plans to Panama instead for a 7-night tour with flight package for two (from $1,970, a low by $168; expires June 30) to visit all of the country's must-see spots. The guided tour begins in Panama City, where you'll be able to explore the old city once destroyed by pirate Henry Morgan, buy souvenirs, marvel at the Panama Canal, and view plenty of historic churches and town squares. Then, immerse yourself in nature in the lush Gamboa Rainforest, wherein you'll embark on an aerial tram rainforest canopy tour, as well as visit an Embera Indian village. Round out your journey on the palm-laden Contadora Island, which features 16 beaches that are perfect for water sports, salt water fishing, and good ol' fashioned sun bathing.

Wish you could experience some of the wonder seen by Indy in Raiders of the Lost Ark, sans death traps and giant boulders? Head to the Amazon Rain Forest in Ecuador for a 5-night Amazon Rain Forest tour with airfare for two (from $2,444, a low by $454; expires June 30). The package combines a city tour of Quito with three nights in the Amazon (amidst 25,000 species of birds, 3,500 kinds of orchids, and countless varieties of insects), not to mention notable visits to the Middle of the World, an Indian gold-panning community, and the Muyuna village, where you'll learn how to prepare chicha, a traditional fermented yucca drink.

If you'd rather maximize your time in South America's most vibrant cities, book an 8-night Brazil and Argentina tour with airfare for two instead (from $4,280, a low by $1,158; expires June 30). The tour makes stops in Buenos Aires, Iguazu Falls, and Rio de Janeiro, guaranteeing that you'll get in a wide array of historical sights, art, nature, and culture. Traipse through multiple Buenos Aires neighborhoods like the colorful La Boca and elegant La Recoleta, visit traditional San Telmo milonga dance halls, and explore countless restaurants, bars, and cafes. Then, head over to the breathtaking Iguazu Falls for a much-needed respite on the border of Brazil, Argentina, and Paraguay. Guests can hike through the surrounding areas past lush tropical vines and foliage before heading onward to boisterous Rio de Janeiro via train. The ride up the mountain culminates in a visit to the Statue of the Christ the Redeemer, one of the Seven Wonders of the World. You'll have a final two days in Rio to explore the beautiful beaches, indulge in the delicacies, and sit in a cable car to the top of the famous Sugar Loaf Mountain. With this much exploration in one trip, you are bound to come back feeling ever so worldly.

With these deals to thrilling locations in Latin and South America, you'll surely check multiple items off your adventure bucket list. But, if you've got different ideas for a vacation, be sure to check out our daily travel deals for other airfare, hotel, and vacation packages.

TerrysDeals
It is a not-often-seen shot of Machu Picchu from neighboring Huayna Picchu. Hardcore adventurers get up very early in the morning and climb Huayna Picchu. Ironically, no deals go to Peru.
-Terry in Peru.
May 19, 2013

Blog · Buying Guides · 2 days ago
Should You Book a Summer Vacation in 2021?
Last year, travel shut down all over due to the COVID-19 pandemic. Now, some consumers are starting to wonder: should you book a vacation for summer 2021? Check out our guide for the factors to consider before you travel.

Blog · Morning Jolt · 2 days ago
5 Deals You Need to Know Today: Enjoy Supple Skin with this Free Sample
Everybody's working for the weekend, and now? Now it is the weekend: the perfect time to enjoy a free moisturizer sample or browse a clearance sale at Nordstrom Rack. Check out these offers and more in our roundup of the five best deals we found over the last 24 hours.

Use coupon code "BISTRO20" to bag the best price we could find by $20. Buy Now at Best Choice Products

Get deals on the gifts the dads and grads in your life will love - with discounts on computers, cameras and camera bundles, smart home gadgets, music instruments, and more. Shop Now at Adorama

Stack an extra 20% off via coupon code "EXTRA20" on top of nearly everything sitewide dropping up to 50% in cart. Plus, take advantage of a few more discounts, as listed below. Shop Now at Samsonite

Save on laptops, monitors, desktop PCs, accessories, and more. Shop Now at HP

Almost everything store wide is half off. Plus, bag free shipping with coupon code "GFSHIP". Shop Now at Gap Factory