Did You Know That Some Amazon Items Are for Prime Members Only?

Shoppers have recently noticed that some deals on Amazon are listed as "exclusives" for Prime members, and they're not happy about it.
BY:
JULIE RAMHOLD
Senior Staff Writer/Spokesperson 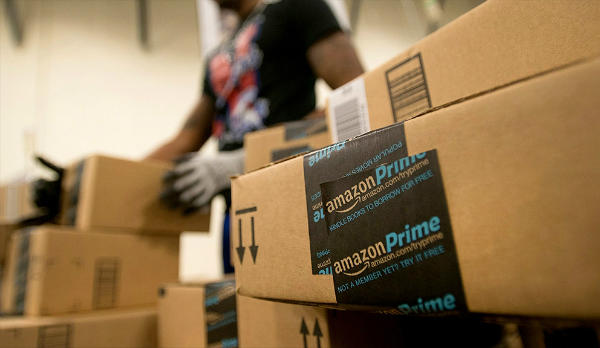 Some Amazon shoppers might have noticed recently that some items are "reserved exclusively for Prime members". Five specific video games and movies were brought to the attention of various websites as being part of this new trend. But as it turns out, this trend is anything but new: It's been quietly happening off and on since at least 2014.

Regardless of when they started, these exclusives seem to be Amazon strategically trying to pressure certain high-value shoppers into getting Prime. And while Prime has many advantages, these exclusives shouldn't necessarily push you into subscribing.

Exclusives for Prime Members Have Existed Since at Least 2014

We first noted Prime exclusive deals on DealNews as early as October of 2014. In December of 2014, Amazon customers were complaining in threads on its site and speculating about what such moves meant. In January of 2015, a post surfaced on reddit about non-Prime shoppers again unable to purchase items listed as exclusive.

In May of 2015, another post appeared, this time regarding the exclusivity of vinyl records. Then, in October of 2015, another thread surfaced, with users complaining about DVDs (including John Wick, one that is part of the outcry this time) as well as computer components.

Amazon Says This Is Yet Another Perk to Prime

So how does Amazon explain this practice? Recently they released this statement to VideoGamer.com: "One of the many benefits of Amazon Prime is access to exclusive selection on a number of great products. Customers who are not Prime members can sign-up for a 30-day free trial of Amazon Prime, or they can purchase those items from a Marketplace seller."

However that doesn't provide any sort of explanation about how items are chosen. It's not restricted to extremely popular video games or movies, or even computer parts. Sometimes it's something as mundane as juice boxes or motor oil.

Amazon just introduced monthly Prime subscriptions, and seeing a sudden wave of "reserved" items could be part of a larger push to entice more shoppers to try the premium service. Prime shoppers are used to receiving special treatment in the form of various perks, but it's also true that Amazon will try to tempt them to spend more. For some shoppers, that temptation isn't worth the cost of Prime.

SEE ALSO: Amazon Announces Monthly Prime Plans, But it's Not a Good Deal for Everyone

While some shoppers might feel as if they're being given an ultimatum — subscribe to Prime or don't buy from us — there are a couple of things to remember. First, these moves have so far been temporary. Some last a few days, some might even last longer, but eventually it seems that Amazon will remove that Prime member restriction. Second, this isn't barring shoppers from purchasing on the website. While you might not be able to buy directly from Amazon (as in, the product won't be sold by and fulfilled by Amazon), you should still be able to purchase the item. You just might not be able to buy it at the best price.

Readers, what do you think about Amazon making some things Prime exclusive, even if it's for a short time? Sound off below!

john michael
I have been a big customer of Amazon. Almost everything I buy online comes from them. I just tried to buy a box of crackers along with some other items and the crackers were for Prime users only. WHAT. A box of crackers.

I am not taking the time to hunt out other sites that don't make me sign up for something I don't want.

ShanaDoobyDoo
I think it sucks. I considered Prime right up until it started becoming a regular occurrence to be unable to purchase items I need being Prime member exclusives, the free shipping minimum was doubled, and shipping times were taking increasingly longer. I simply will not be pressured into paying a company for the right to good service. I still shop Amazon when it is financially advantageous and possible to get all the items I happen to need. They have every right to create their stupid rules and use their pressure tactics; I also have the right to choose to shop elsewhere when it benefits me.
December 25, 2016

omarsdeals
Never had Prime. Could never justify it with my level of Amazon purchasing. Although of late, I've noticed how much Amazon favors prime members versus non members, if not for anything else, then with regards to shipping...

Let's assume you purchased an item and opted for the 4-5 shipping period. Often times, Amazon can deliver that item to you next day.

So if you are a Prime member, and you purchased said item early enough on Monday, it will likely ship same day and arrive next day, Tuesday...

If you are NOT a prime member, and you placed an order on Monday, and while you will receive notice confirming they received your order, Amazon will not even begin to handle/ prep your order until Thursday and it will arrive on Friday.

midas617
Amazon prime is really not worth it for me, the more restrictions they put on non prime costumers the less I buy off Amazon.
May 13, 2016

ponagathos
I let my Prime expire last month. I looked at my purchases and most of the items I buy are subscribe and save or add-on items. Tired of buying unwanted items to hit the minimum for an add-on when I already am paying for Prime. I realize they likely have to walk a line to ensure Prime stays profitable for them but it cost them many orders from me. I did use the video service occasionally but there is not enough content I am interested in to justify the cost of Prime. I may do a one month membership around the holidays if it seems worth it for the shipping.
May 2, 2016

nycdtsgt
Stopped using Amazon after they raised the shipping minimum. If you just use prime for shipping (like me)then it's a ripoff. Perfect example of Corporate greed.
April 30, 2016

Rawmeat
I'm fine with deals offered only to Prime members, especially now since you can buy monthly memberships. You pay for these perks, like "edkwan" said below, just like warehouse clubs. If I am not a Sam's Club member but buy something from them, I have to pay a 10% premium. Other stores you get extra perks for using their credit card or spending a certain amount or even joining a free loyalty club. This is just another first world problem. Sometimes life (and retail) treats different people differently. boo hoo
April 29, 2016

The actual reason I was told to me over the phone by a unhappy customer service worker.
I did receive emails saying my account was closed but there was no explanation as to why.

After I sent the email to Mr.Bezos, I received emails from this person.

I'm Jones Edward from Amazon.com. Jeff Bezos received your e-mail and asked me to respond on his behalf.

It took a lot of emails to finally get my account back open.
I've been a customer for a long time.

edkwan
While frustrating, this isn't unheard of. For example Costco and Sam's clubs and other membership stores require you pay a membership fee before you shop and purchase items in their stores.
April 29, 2016

Lindsay Sakraida (DealNews)
@TangledupnBigBlue You could probably subscribe to the monthly service instead, which costs $12 for a month, to buy that mower. Just remember to cancel after you receive the item!
April 29, 2016

Lindsay Sakraida (DealNews)
@COMPUTIAC Did you get an email that said this, or was it over the phone?

"The next day I found my account was closed and was told it was because I complained about being pushed into buying Prime."
April 29, 2016

Cilvre
you can always sign up for a few days and order what you need or want, then cancel for a prorated refund. i did this earlier this month for about 450 in purchases, and canceled it after they were delivered. but this nonsense is going to make me shop elsewhere first and i dont believe dealnews should show any of their prime only items on the front page
April 29, 2016

COMPUTIAC
Recently had a bad experience over this Prime member's only thing by trying to buy a laser printer. One day it did not have this restriction on it, the next day it did.
Customer service refused to take this off saying I had no choice.
They even insisted I buy it from another vendor, I refused to.
The next day I found my account was closed and was told it was because I complained about being pushed into buying Prime.

I sent an email to Mr.Bezos about it and my account was finally restored after many emails and phone calls.
I bought the printer for a lower price with free next day shipping from Jet.
April 29, 2016

TangledupnBigBlue
Amazon also applies this to large ticket items, a blog directed me to special a value on riding mowers from Amazon -the 42" Poulan Pro mower I am interested in is a Prime member exclusive. The mower in question features upgrades over the "same" mower at Home Depot or even direct from Husqvarna (manufacturer) at a slightly better price - debating now whether or not it's worth the $99. prime membership for the perks.
April 29, 2016